The Future Of Robotics In The Next 10 Years
Odyssey

The Future Of Robotics In The Next 10 Years

In the coming decade, robots will become just as common as cell phones. 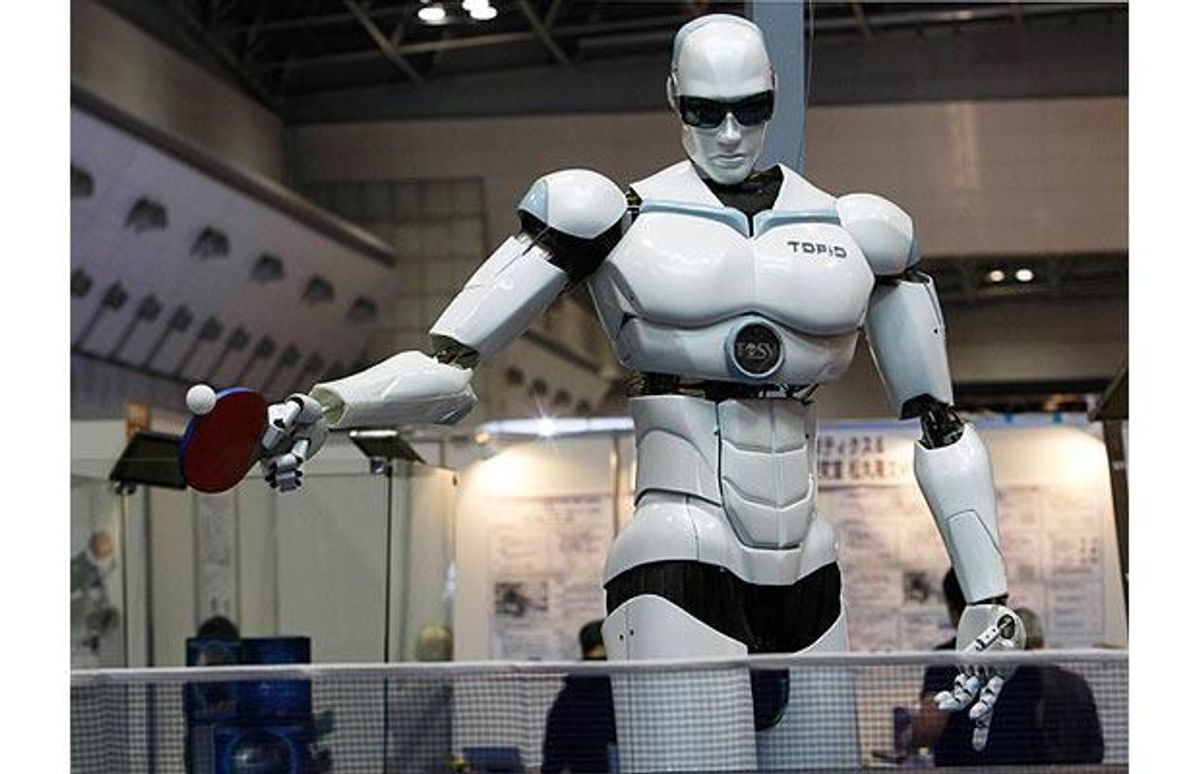 The robotics we’ve all seen in the movies and cartoons of the 1960s and 1970s will become the reality of the 2020s. A profound level of investment in robotics is happening right now that is facilitating advances in big data, network technologies, and artificial intelligence. In the coming decade, there will be substantial breakthroughs in robotics that will rapidly improve human well-being and literally change the human experience. Ultimately, some countries will adopt the new robotic reality while others will flounder far behind unless cultural attitudes change.


Japan, China, the United States, South Korea, and Germany are five counties that have already established themselves as leading robot societies, because their public and private sectors have spent loads of money in funding tech companies that will bring us our robotic future. For instance, Google bought Boston Dynamics, a leading robotics design company with Pentagon contracts, for an undisclosed amount back in 2013. Google also bought DeepMind, and artificial intelligence company that was started by Demis Hassabiss, who was known as the 2nd highest-ranked chess player in the world at the age of 14. Even the Obama Administration has gotten in on the action by launching the National Robotics Initiative in 2011 to stimulate development of robots for industrial automation, elder assistance, and of course -- military applications. Germany and France have initiated similar programs and invested $126.9 million big ones thus far for its robotic-centric future. Although these capitalist economies see big profits in their balance sheets because they expect the market for consumer robots to make $390 billion by 2017 and industrial robots to reach $40 billion in 2020, enthusiasts like myself believe robotics will do more than strengthen corporate balance sheets.

Nanobots, still in their developmental infancy, promise a future in which autonomous machines far smaller than a grain of sand can diagnose and treat human diseases at the cellular level. A microscopic swarm of robots would be injected into the bloodstream that are programmed to eradicate cancer cells or repair organic tissue. Although this sounds like stuff from science fiction, it’s closer to reality that you might think. Similarly, labor shortages will hit service-industry jobs like eldercare with ferocity and will be exacerbated because caretakers have a high job turnover rate due to low pay and high rates of work-related injury from lifting patients. Thus, robotics present a pragmatic solution that promises to fill the need that the eldercare industry will face in the coming decade. Toyota has built a nursing aide named Robina (modeled after the robot housekeeper in "The Jetsons") that can communicate using words and gestures and whose purpose is to care for Japan’s geriatric population. Robina has a brother, Humanoid, that can do the dishes, take care of your parents when they’re sick, and even provide impromptu entertainment by playing the trumpet or violin. And of course, we are all familiar with Honda’s ASIMO, a fully functional humanoid that looks like a four-foot-tall astronaut stuck on Earth and is sophisticated enough to interpret human emotions, movements, and conversations. ASIMO can even shake hands, follow voice commands, and answer questions correctly with a nod or by voice. For elderly patients, ASIMO and future robotics like it can fulfill a range of tasks, from helping a patient get out of bed to holding a conversation.

There are a couple of reasons that robotics will become ubiquitous and central to our lives in the coming decade: the advancement of what developers call belief space and the development of cloud robotics. First of all, Belief Space refers to a mathematical framework that allows us to model a given environment statistically and develop probabilistic outcomes. Essentially, it allows a robot to interact with its surroundings intelligently because it would know the outcomes of its actions and be fully situationally aware (for example, a robot walking through a crowd and avoiding dangerous obstacles like potholes or incoming traffic). Until recently, it was difficult to program a robot for all the possible outcomes that it would encounter in the real world because of the sheer amount of computing power it would require. This leads me to the second advancement, cloud robotics¸ which allows a robot to tap into the cloud and access vast troves of data and shared experiences to enhance the understanding of its own belief space. Before, robots were standalone pieces of electronics with capabilities that were limited to the hardware and software inside the unit. But by becoming networked devices, robots can now incorporate the experiences of every other robot of their kind and “learn” at an accelerating rate. It would be fantastic and so cool if we as people could tap into a worldwide neural network and draw from not just our own limited experiences and expertise, but from that of billions of other people as well.

Alas, robots are the sole carriers of this capability, but many speculate that our robotic future may radically change human life even more than simply servicing our human needs. One view is that it is inevitable robots will surpass humanity and become a species of their own; another is that they can’t possibility compete with human ingenuity; and a third option is that human and machine will become a cohesive unit. Within the robotics community, the future of technology is wrapped up in the concept of the singularity, the theoretical point in time when artificial intelligence will match or surpass human intelligence. If this event in time occurs, it’s unclear what the relationship between robots and humans will become; it would either enhance the human experience or unleash a dystopian future where people become inferior and subservient to machines. Yay.

In the end, the dissemination of robotics will in part depend on a country’s culture, meaning how readily people will accept robots in their lives. For whatever reason, the western world has a deeply rooted fear of robotics. The notion of humanity creating things they cannot control is substantial in western literature and pop culture. Prometheus was condemned to an eternity of punishment for giving fire to humans. Mary Shelley’s "Frankenstein" focuses around a physician whose grotesque creation wreaks havoc and ultimately leads to its creator’s death. "The Terminator" franchise centers around a dystopian future where robots have exterminated most of humanity and its few survivors struggle to survive and alter the course of their fate. These are just a few of the numerous examples where western culture has demonstrated how afraid they are of the impending robotic future. Even though many of North America’s private companies are investing heavily in robotics, the attitude of western consumers means that capitalists will look eastward to sell their robotic-centered products.

Eastern cultures world have shown a more positive stance concerning robots. The ancient Shinto religion, practiced by 80 percent of Japanese people, includes belief in animism, which holds that both objects and human beings have spirits. As a result, Japanese culture tends to be more accepting of robot companions than is western culture, which views robots as soulless machines. In a culture where the inanimate can be considered to be just as alive as the animate, robots can be seen as members of society rather than as mere tools or as threats. The cultural dynamic in Japan is representative of the culture through much of East Asia, enabling the Asian robotics industry to speed ahead, unencumbered by cultural baggage. To me, this means that we will get our first glimpse of a world full of robots in East Asia rather than in any western country. Regardless, I’m excited about our robotics future, and I’m confident that cultural attitudes in the west will slowly change to catch up with eastern societies.