The First Week of College: Freshman vs. Senior Year
Odyssey
CurrentlySwoonLifestyleHealth & WellnessStudent LifeContent InspirationEntertainmentPolitics and ActivismSportsAdulting
About usAdvertiseTermsPrivacyDMCAContact us
® 2023 ODYSSEY
Welcome back
Sign in to comment to your favorite stories, participate in your community and interact with your friends
or
LOG IN WITH FACEBOOK
No account? Create one
Start writing a post
Student Life

The First Week of College: Freshman vs. Senior Year

A lot's changed in four years of moving in. 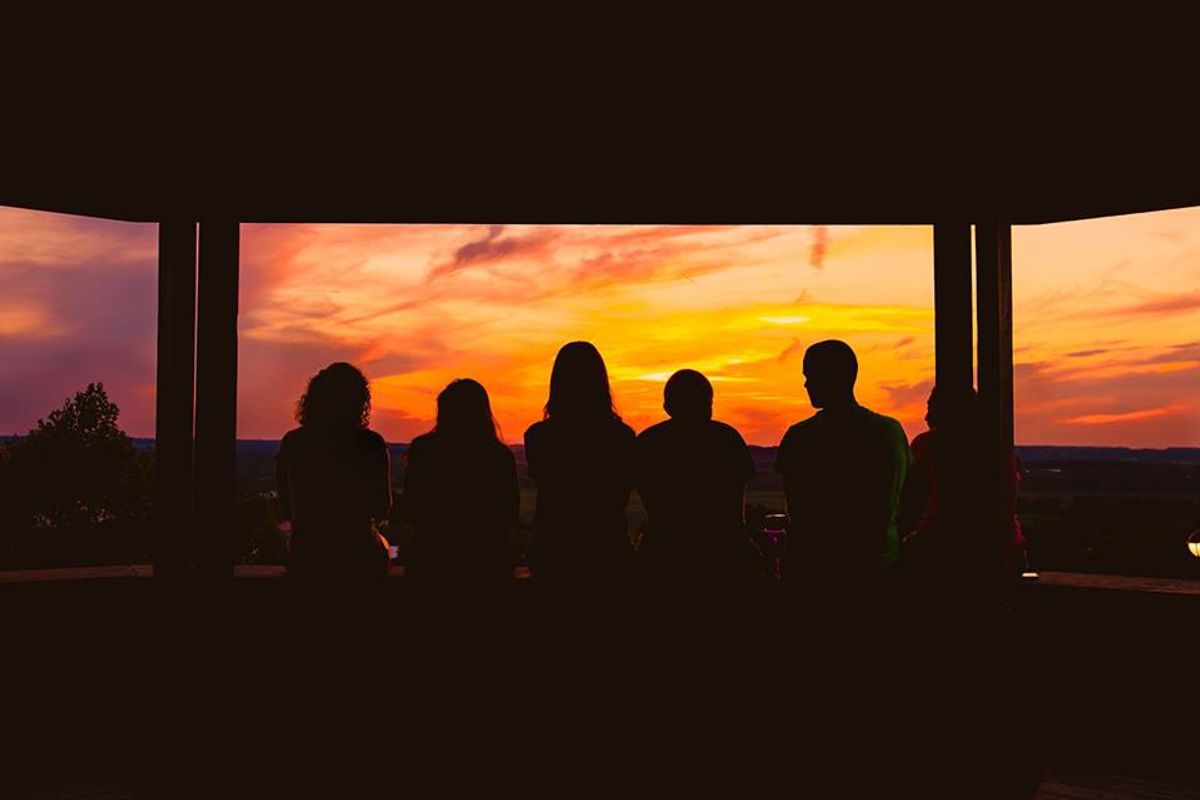 So you’ve made it through the first week of classes. You’ve walked into the wrong lecture hall, you’ve ordered the last of your textbooks, you’ve made a 6-inch-high pile of syllabi on your desk, and you’ve busted out the first energy drink. That’s something you can probably relate to, regardless of whether or not this is your first rodeo. But moving in this year, as a senior, felt different. While I was more than excited to move back to my second home for the last time, there’s a certain melancholy attached. There’s no more time to be the doe-eyed newbie in the registrar’s office asking about overloading into that upper-level class because you took the pre-req as an AP class. Now it’s all about getting that interview for that job in-field or that grad school you don’t really know anything about but want to apply to because they’re offering a stipend. Here’s what else is different (spoiler: it’s pretty much everything):

Freshman year, moving in was a ~process~. Your RA is helping your dad carry up the mini-fridge, your younger brother is complaining that he shouldn’t have to bring up that box of clothes since it’s not his fault you’re moving, your mom is blubbering into your baby blanket… You get the idea. You either get first-dibs or your roommate claims a side by throwing all of their luggage onto the bed on the side with the nicer desk, and you suddenly feel a pang of envy because their comforter looks hella comfy and their side is going to look so cool and you can’t have the ugly side of the room. And where is your roommate, anyway? You Facebook-stalked them all summer but what if they walk into your room and you don’t recognize them at first because they look so different from their profile pictures? What if they end up being a slob or a neat freak or they throw raging parties or insist on keeping the light on when they watch Netflix at 3am on a weeknight? But then they get there and you say hi and awkwardly hug and shake their parents’ hands and they just got back from Walmart and “We’re going to Applebee’s for dinner, do you all want to come along?” “No, my dad wants to check out the dining hall to see if college food is still as bad as it was when he graduated in 1981, but I’ll see you later!”. Then your parents hug you for 30 minutes before leaving, and you’re all alone for the first time ever. You stand at the foot of your bed with the window cracked open, the voices of returning students and Drake remixes wafting in as you hang up posters and illegal string lights. Your roommate comes home, you exchange your goodnights, and fling your arms out across your bed as if to say “embrace me, small desk fan, lest this brutal August humidity engulf me whole.”

As a senior, it’s more like “I own like three shirts and kept most of my cooking supplies in my friend’s apartment over the summer. I’ll just text her to see if the door’s open after I drive 8 hours by myself. Maybe I’ll bring her a bottle of wine as a thank-you.”

As a Freshman: All the free food. And lanyards! And tie-dye! Your roommate has somehow already made friends just by walking into other people’s open doors in your hall. How does one just do that? How do you literally walk into someone’s private living space and they’re just okay with that and ask if you want to go eat free hot-dogs? And… Is that a velcro wall? Man, college is cool.

As a Senior: Within the first two days back, a bunch of my sorority siblings got together for a Disney-and-catch-up night, and I received a text that said something along the lines of “Hey dude, come to my place and bring whatever - I have a six-pack of Mike’s Hard and I adopted a bearded dragon that I want you to meet.” Man, college is cool.

Ah, classes. They can be a nightmare as a freshman. Are you in the right class? Should you sit in the front or the back? Can you use your laptop to take notes? Oh God you need to make sure you don’t forget those dates, he probably won’t sent out a reminder about when that term paper is due. Shoot, you have to go to the registrar’s office to get that overload slip. Wait - where’s the registrar’s office, again? You think you saw it during the orientation tour. Wait - the professor just said to exchange phone numbers with someone in case you need to get notes. Everyone around you has already paired up oh God why?

Whereas, when you’re a senior, you kind of just roll in, check out the attendance policy, and if it’s a gen-ed, you brood in the back to avoid freshmen and may or may not resolve to show your face a few more times before the first exam.

Introducing yourself to professors

Introducing yourself to professors as a freshman can be nerve-wracking. You don’t know anything about them other than their RateMyProfessor score, and they can either show mercy or throw you to the wolves. But you know that showing your face and getting to know them can be beneficial both in this class and after when you’re looking for letters of recommendation - wait, why are you concerned about that? Grad school is at least three years off. Ugh, just go in there and get it over with.

As a senior, it’s more of a wheeling-and-dealing scenario. You’re either reminding those professors from freshman year of how great of a student you are (because now grad school is only a few months away) or begging a new professor to overload you into their class because it’s literally the only class you need to graduate on time.

Freshman year: You probably checked the book list as soon as it was posted in July and had at least 90% of them ordered by the time you arrived on campus. Or, you made the mistake of going to the school bookstore and paying 300% more than the book is actually worth. You might even get book covers to ensure that you get the best buy-back value at the end of the semester. You might rent some books for gen-eds, but you just know you’ll use your Psych 100 textbook for your thesis senior year (no you won’t), so it’s worth the purchase to keep it (no it isn’t).

Senior year: You don’t order them until you get an in-person confirmation from the professor that the book is, in fact, 100% required and you won’t pass the class without it. Then you check the student-run free-and-for-sale page or Amazon for the cheapest (and probably rattiest) copy you can find. Then you use it as a door wedge or a coaster and hope you can make $5 off of it at the end of the year, and plan to burn it in a graduation bonfire if you can’t.

The biggest change, probably, is that the magic of freshman year dulls after those first two sweet semesters. But it’s replaced by a sense of comfort and it feels like home. Maybe even more so than your actual home. Best of luck to you freshmen, and make sure you’re in a place you can see becoming home someday. If you are, you’re in the right place. Make the most of it, because that’s something that’s difficult to find.

Nicole Marie Nigro
Individual Creator
8407
c1.staticflickr.com
Where to start...... Let me start with the cliche that life throws us curveballs and what we do with it is what counts.