The Difference Between A Democrat And A "Democrat"
Odyssey

The Difference Between A Democrat And A "Democrat"

Actually, you are hurting this party. 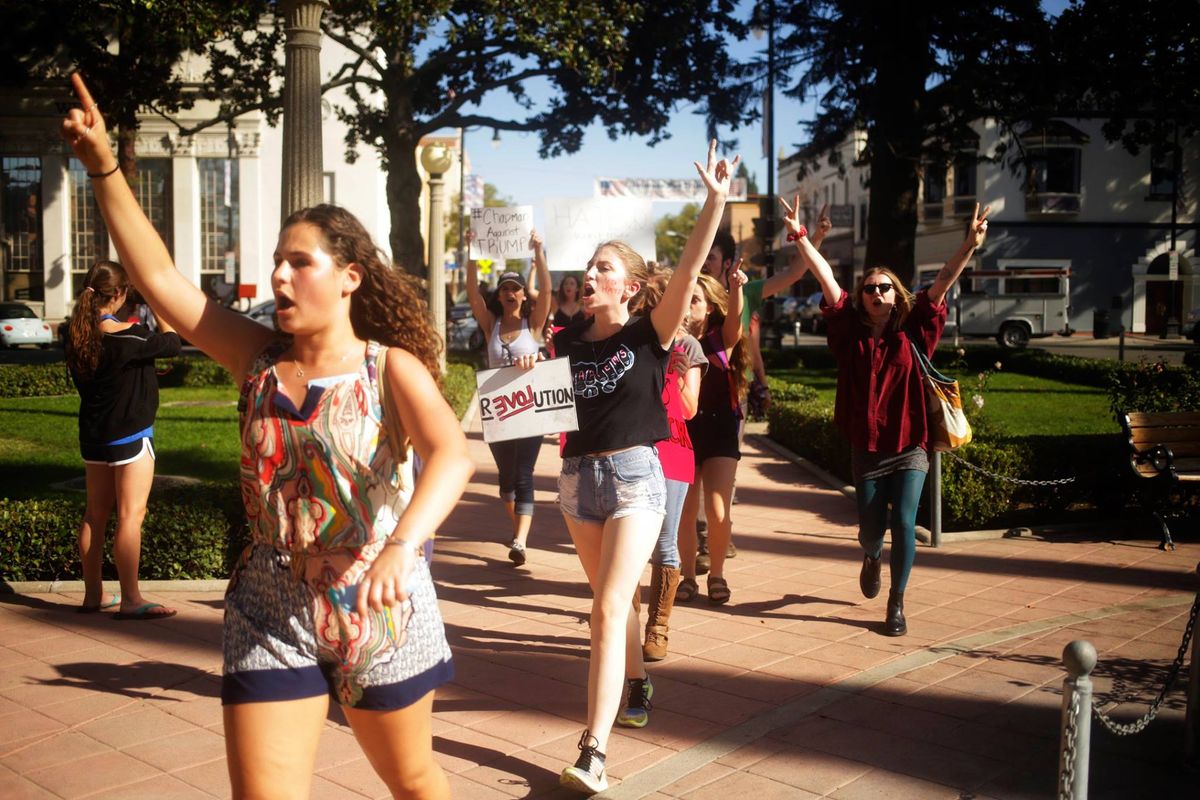 "Actually I am a Democrat."

I could feel the line forming on my lips, I filled with rage and embarrassment all at once. She had backed me into this one. I looked back up at the Angels/Dodgers' game. Somehow 10 minutes earlier we had been talking about how some Dodger fans scared us, and that they had just beaten an Angels fan the week before. Not two years ago there was a group of them beating Mets' fans nearly to death. All I had said was that some Dodger fans had behaved similarly to Donald Trump's violent followers and suddenly I was in a corner.

She looked at me and said "I voted for Trump and I still believe in him." My head was foggy from the double Mojito I had just finished, but I definitely heard her properly. The word vomit got caught in the back of my throat, and the best I could do was choke up a stifled giggle. This was a woman who I've known since I started at my job, she and I regularly have conversations about everything, someone I respect.

These are facts, they are not 45's favorite "fake news". These are human beings. Human beings who ended up in the hospital or even 6 feet under. This was something I used as an example. Not a sweeping generalization, and still she took offense.

She followed it up by saying "You know Olivia, I know where you stand on this and I'm not ready to get into it with you." She sipped her wine and turned back to the game. I wanted to scream that her "candidate" wants to strip my sister of her rights, he wants to shut down the career I'm headed towards, and he wants to deny humans the right to enter a country based on their religion. But rather than that I took a less controversial approach:

"So what was your thought on the magazine scandal?" I chortled. This is someone I really enjoy, I can't come unhinged on her.

"Olivia, I don't want to discuss this." I felt my face flush as the anger escalated inside of me. How dare she tell me her thoughts but pretend mine aren't valid. I listened to her. "The past eight years have been hell." My blood boiled.

Now, I'll give her this. Hillary was a terrible choice. To call her a liberal is a pipe dream the left tried to pass off by sticking Obama on her campaign. But to attack the Obama Administration was something I took to heart. He was a president I held in high regard, someone who really was for the people and worked hard to secure equal rights among sexes, sexualities, religions, and disabled members of society. What was it in the last 8 years that pushed someone so far from what the left stands for? Was is taking Osama Bin Laden down? Was is removing the troops from Iraq and Afghanistan? Or perhaps the 20 million people who finally had health insurance thanks to the ACA that really pissed her off?

The shocking part about this is not that there is only one person who feels this way. There is some kind of revolution quelling within the left who have been siding with 45 but still want to claim the title of Democrat. And it needs to stop.

So now, for the love of God, stop claiming you are a Democrat when you back someone as terrifying as Trump. As a party, we do not stand for travel bans targeted at specific religions or placing a wall between us and Mexico. We feel that a program de-funding the basic human rights of cancer screenings, birth control, and (yes, you guessed it) even a woman's right to choose, is not something the president should be in charge of. We are not lazy and unwilling to work. Personally, I'm enrolled in 18 units for this fall term and have been working upward on 30 hours a week, along with involvement in several on campus organizations, and you're damn right I take my birth control every night. And I will always, from the bottom of my soul, hold the deepest pain for those who want to identify with me and 45 in the same sweep.

But stop telling me you are a liberal when you support a man who takes away every right we have. This is a man who sends reporters from the room when he doesn't like the headlines, a man who claims he has been illegally recording conversations between high execs, a man who expects his entire cabinet to praise him like the demagogue he is. His main form of communication is over Twitter, blasting companies and foreign leaders, egging them on. He has talked about his ability to commit a murder and still have followers. 45 behaves like an unhinged fraternity brother screaming "Come at me, bro!" in a drunken haze, except the scariest part is he doesn't drink. Everything he says, everything he does, is completely sober.

The President of the United States is not "Making America Great Again"; he is making pain. He is causing anguish. He is stripping humans of their basic rights, he is pissing off world leaders. He stands for everything I stand against. Everything the Left stands against.

So it's time to make a decision. Do you stand by 45 or with "your party"? We are not a lunch line. Do not tell me that you can be a Democrat who wants to strip women of their rights to their own bodies. Do not tell me you want to knock out all religions that are not Christianity when your president has been divorced three times and has five kids from all the different women. Do not tell me that the Democratic Party has failed with the Obama Administration. Stop associating with me when you stand against every belief set I hold close to my heart. Your decisions are causing true harm to the party, your decisions are causing harm to other human beings. Consider that the next time you claim you are a "Democrat".

Caitlin Marie Grimes
University of South Florida
2138
Beyond The States