The Debate Is Over

The Debate Is Over

The effects of climate change are evident and it's time to get serious. 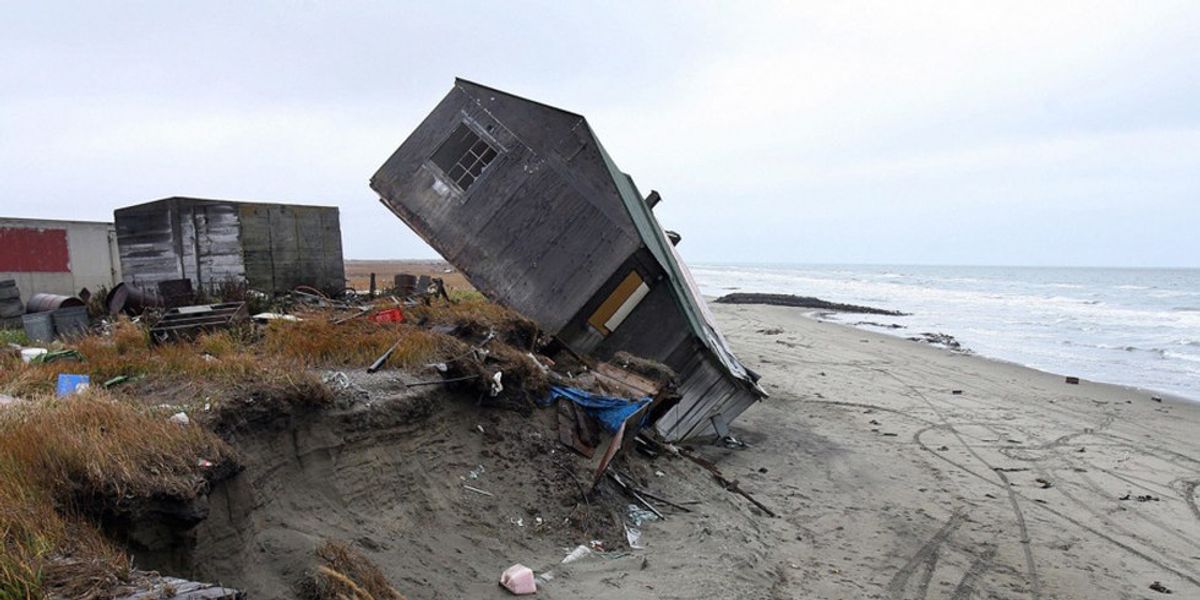 It's happening. I’m sorry to burst your Alex Jonesian science denying bubble, but Climate Change is real, it’s happening right now, before our eyes, and if we don’t do anything significant about it soon, then say goodbye to the world as we know it.

Let's say you don’t find the overwhelming consensus among 97% of the scientific community that man made climate change is real and is currently happening a compelling enough reason to believe in climate change, perhaps recent, observable, events over the past year will help sway you.

First, some context to put recent catastrophes into perspective. According to the Carbon Dioxide Information Analysis Center (CDIAC) the highest pre-industrial CO2 levels, measured from ice cores dating back 800,000 years collected from various regions in the South Pole, was 298.6 parts per million by volume (ppmv). Now, post-industrial, the levels of CO2 in the atmosphere are at 386 ppmv with an increase of about 2 ppmv per year since 2010. Carbon, lucky for us, traps heat, hence the Greenhouse Effect, which causes global temperatures to rise, climates to change, and extreme weather patterns to occur. Extreme weather patterns like the fact that, according to NASA, the first six months of the year 2016 were the hottest months since record keeping began in 1880, average temperatures are 1.3 degrees Celsius higher than they were in the late 19th century, and July being the hottest month ever in recorded climate history.

But, that's only 2.4 degrees Fahrenheit, it’s such a small rise who cares? The 20,000 people who lost their homes after historic flooding in Louisiana, caused by record high temperatures and precipitable readings in parts of the Gulf of Mexico care; the people having to relocate from Shishmaref Island, Alaska, due to extreme erosion along the coast that will eventually overtake the entire village, care; the people who will be living in parts of the Middle East and North Africa that will become so unbearably hot it will become unsustainable for human life will care.

Rare extreme weather events, such as drought, floods, heat waves, hurricanes, etc.,and becoming more and more frequent. Devastation, like what we're seeing currently in Louisiana, is destined to become the norm, unless we decide to get serious as a nation, end this pointless debate, and accept the fact that manmade climate change is a reality that could cause more damage to this country than any terrorist organization could possibly dream.

Even if you still aren’t convinced by all the evidence support the existence of climate change, how can you think it’s sustainable to dump 38.2 billion tons of CO2 into the air, contaminate fresh water sources, and demolish entire ecosystems? Even if your only reserve is that it would be too expensive to overhaul the energy production infrastructure of the United States and invest in renewable energies, what’s more expensive: investing, now, in clean energy or rebuilding all of civilization?
Report this Content
This article has not been reviewed by Odyssey HQ and solely reflects the ideas and opinions of the creator.