Donald Trump has built his brand on being a winner, but reality says otherwise 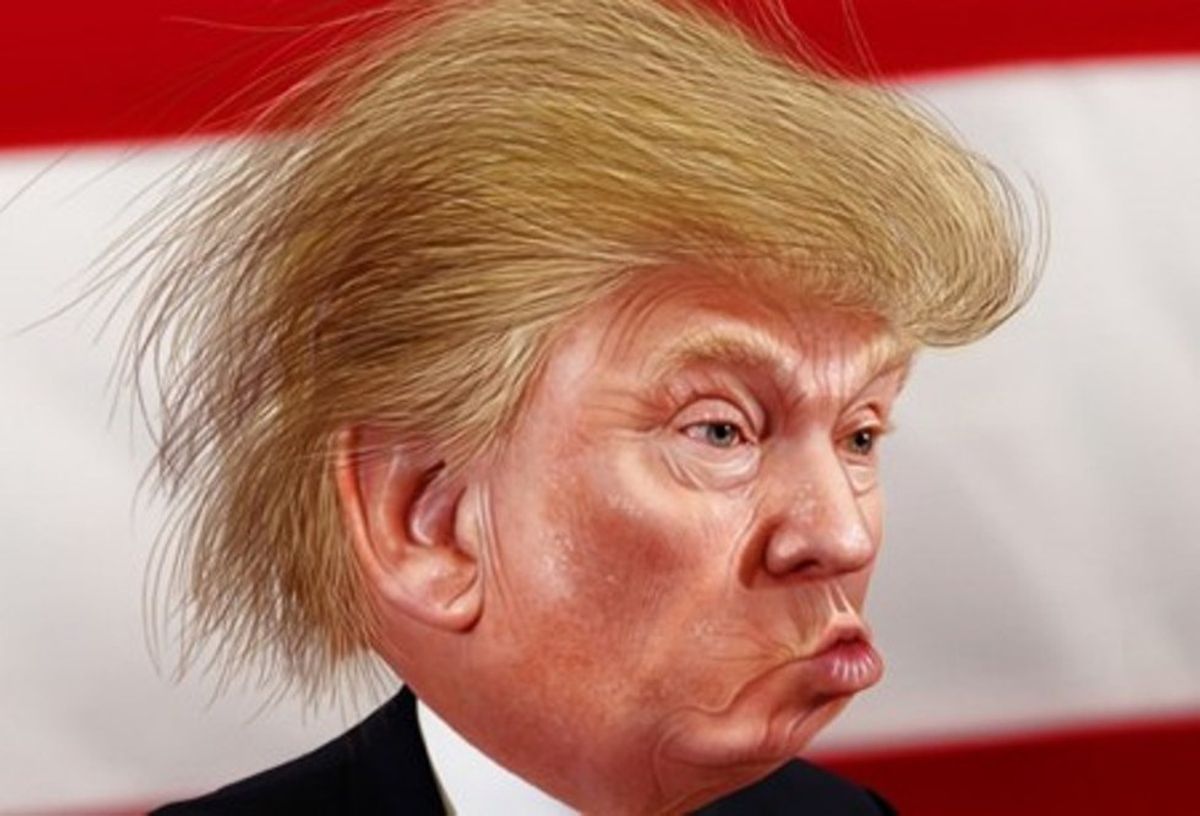 Donald Trump likes to call himself a winner. He says he knows how to win and, if he gets elected, America’s going to win so much we’re going to get tired of winning. He still has to explain to us exactly what he means by that, but he’s got his base locked up so, why should he? He’s bragged about how he’s a great businessman, how he made his fortune after his dad gave him only “a small loan of a million dollars,” and how he “has the best words,” and knows more about ISIS than the generals do. The thing is, none of those things are true. Like, not even remotely true.

The thing with Trump being a winner is very simple. If he was actually a winner, he wouldn’t have skin so thin that he can sue Bill Maher over a joke. He wouldn’t have tried to sue The Onion over a satire piece, or get into Twitter fights at 4 AM, typing incoherently with his tiny baby fingers. You might laugh at that but, in the 90s, a magazine made fun of the size of his hands and he was so offended by it that, to this day, he sends them outlines of his hands in gold Sharpie to prove that they aren’t small. This is the guy who complains about political correctness when he has explicitly stated that he will sue the media when they say things about him he doesn’t like. That isn’t winning, that’s weakness.

If Trump was a winner, he wouldn’t be the failure of a businessman he is. No winner, by any definition of the word, would ever lose 916 million dollars on a casino, an establishment created specifically to make a profit. When you’re in a casino, the house always wins; unless, of course, the house is run by Donald Trump. When the left attacks him for not paying his taxes, their point shouldn’t be that he’s so rich he can cheat the system and not pay taxes, it’s that he’s so poor that he’s financially unable to pay taxes. He says that makes him smart, but no smart person I know would lose almost a billion dollars on a goddamn casino.

And then there are the bankruptcies; and, yeah, I’m going to bring up all four of them. For a guy who calls himself a winner, Trump has certainly lost A LOT of money over the years. This has happened so much that it became a constant attack from both sides of the aisle. Trump, however, seems to live in an alternate universe and says he never went bankrupt; his companies did. As his tax returns show, that isn’t even half-true. And if you don’t trust those, I’ll let Trump’s daughter with benefits Ivanka Trump take it from there. She said, “I remember once my father and I were walking down Fifth Avenue, and there was a homeless person sitting outside of Trump Tower. I remember my father pointing to him and saying, ‘You know, that guy has $8 billion more than me’—because he was just in extreme debt at that point.”

And then we come to the incredibly horrible things he says. I could honestly forgive the thin skin, the 4 AM tweets, the bankruptcies, and the tax returns, but there’s one thing I just can’t get past. Trump is a bully; and, by definition, bullies aren’t winners. Bullies who brag about grabbing women by the genitals just because they can, aren’t winners, period. People who say they want to torture people “even if it doesn’t work” and target the families of terrorists in the Middle East aren’t winners. I can’t believe I’m even saying this but, if your winner is advocating for committing war crimes, that’s a pretty big red flag. Winners don’t boycott debates because he’s afraid of moderators being too mean to him and then pound their chest about being strong. How do we expect him to stand up to Russia when he can’t even stand up to Megyn Kelly?

Winners aren’t so insecure that they feel the need to bring up the size of their genitals on national television. He said “I guarantee you there’s no problem” with his penis but, judging by the fact that he’s basically a pathological liar, it’s more likely than not than there is a problem. The idea that a presidential nominee would bring that up as a qualification to be the most powerful person on the planet is embarrassing for America as a country and us all as a species. Teenage girls are more confident than this supposed winner, and those are the most insecure human beings on the planet, so that’s saying a lot.

And now we come to the biggest no-brainer ever: winners don’t lose. Nate Silver’s FiveThirtyEight website, which analyzes who would have the highest chance of winning the election if it was held today, has Hillary Clinton at an 80.8 per cent chance of becoming President #45 as of this writing. That doesn’t look good for our non-winner at all. Granted, there are still a few days left until the election, and WikiLeaks is releasing Clinton smoking guns from her campaign manager John Podesta on a daily basis. FBI Director James Comey also decided to re-open the investigation into Hillary’s emails, which could potentially have bombshells that could increase the odds for Trump. The thing is, though, early voting has already begun; millions have already made their choice for their President. Her polling lead is outside of the margin of error for the first time in months and 80.8 per cent odds are too big to change things unless there is criminal information in Clinton emails. If Trump loses, as all available evidence indicates that he will, it will cement his place as not only a loser, but the biggest loser the world has ever seen. Nothing he says or does will ever make up for that.

Caitlin Marie Grimes
University of South Florida
8508
Beyond The States