12 Movies On Netflix You Need To Binge Right Now
Odyssey

12 Movies On Netflix You Need To Binge Right Now

Some may disagree, but I promise these movies will not let you down. 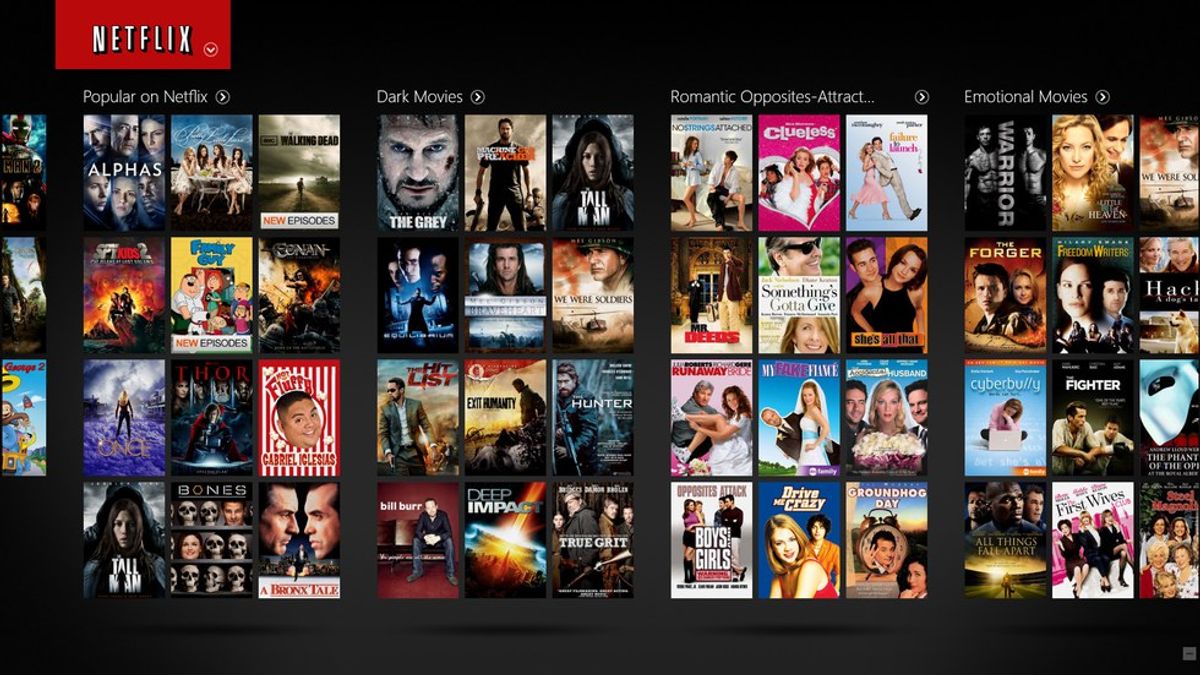 Six months ago, I wrote an article talking about how Netflix is becoming the king of online film and television streaming. Currently, Netflix is still powering through competition and sitting in the throne of subscription services. The company just recently acquired the production rights to Martin Scorcese's film, "The Irishman," which is definitely a step up from the service's other 'Original' pictures. This act of business not only shows that Netflix is stepping up their game, but also that they are willing to spend money to make money. However, Scorcese's new movie does not come out for awhile, which is a little sad, but that's okay given that the list of films on Netflix right now is actually great. I logged on to my Netflix account earlier and I was actually shocked that amount of new very good movies that are streaming, this instant. If you do not have a Netflix, you may be older than 35, but thankfully most people reading the article should be able to watch these 12 movies, which are the best ones on Netflix presently.

The story of the terrible 2008 economic plunge, which centers on multiple people actually discovering this crisis before it happens. It is mainly a drama, and a bit of comedy, that does a good job making complex financial easy for the audience to understand.

Being the only animated (and Disney) movie on this list, "Zootopia" sits at No.11 for a couple of reasons. The main reason being it won Best Animated Film for the 2017 Oscars. I also like Jason Bateman, who plays a fox in the film. A lot of mystery, a little comedy and emotion, just a perfectly blended movie.

A beautiful film that centers on one of the most influential men to affect the technological world. I was very shocked by this film. The musical score goes along perfectly with the way the plot plays out that brings emotion to the viewer.

One of those superhero movies that is not one to watch with the kids. The story focuses on a vigilante going about London attempting to bring down the corrupt government around the community. The subplot, Natalie Portman gets involved and an unlikely relationship blooms.

A friend of mine showed me this wonderful movie. Easily the most romantic movie on this list, "Midnight in Paris" is about a guy who visits, yes, Paris with his fiance but begins to realize that he is not happy in the current relationship.

Sadly, the only western to make the list, but still one of my favorites. Directed by the one and only Sergio Leone, this Spaghetti Western will not disappoint. Another movie with a strong musical score which plays with the plot many times.

Arguably the most comedic film on this list. The Coen brothers deliver another dry humor movie that has a bit of twist in the 2nd act. Unfortunately, the language can be explicit numerous times throughout the flick. I would give a synopsis, but this movie simply does not really have a synopsis.

Another superhero film to make the list. "Captain America: Civil War" is an action packed joyride that does not stop for 2 and a half hours. If you haven't seen the other Marvel films leading up to this, should probably check those out first.

A classic 90's 'WhoDunIt?' movie that leads the audience along a path, but as the movie closes, a twist that no one was expecting. "The Usual Suspects" is one of those rare films that combines amazing performance with an even more amazing plot.

Gotta give Stanley Kubrick the fame he deserves. "The Shining" is the beginning of the age of modern day horror. This movie came along in the 70's and made a lot of people question what the future of scary movies would be like. Also, be ready to question everything when this movie ends.

Just recently being put on Netflix, "Memento" is the only Chris Nolan film to make the list. One of my favorite movies of all time, this movie messes with my mind in a way that I cannot explain. Any person who watches will be confused after the end of this film.