The King of Streaming 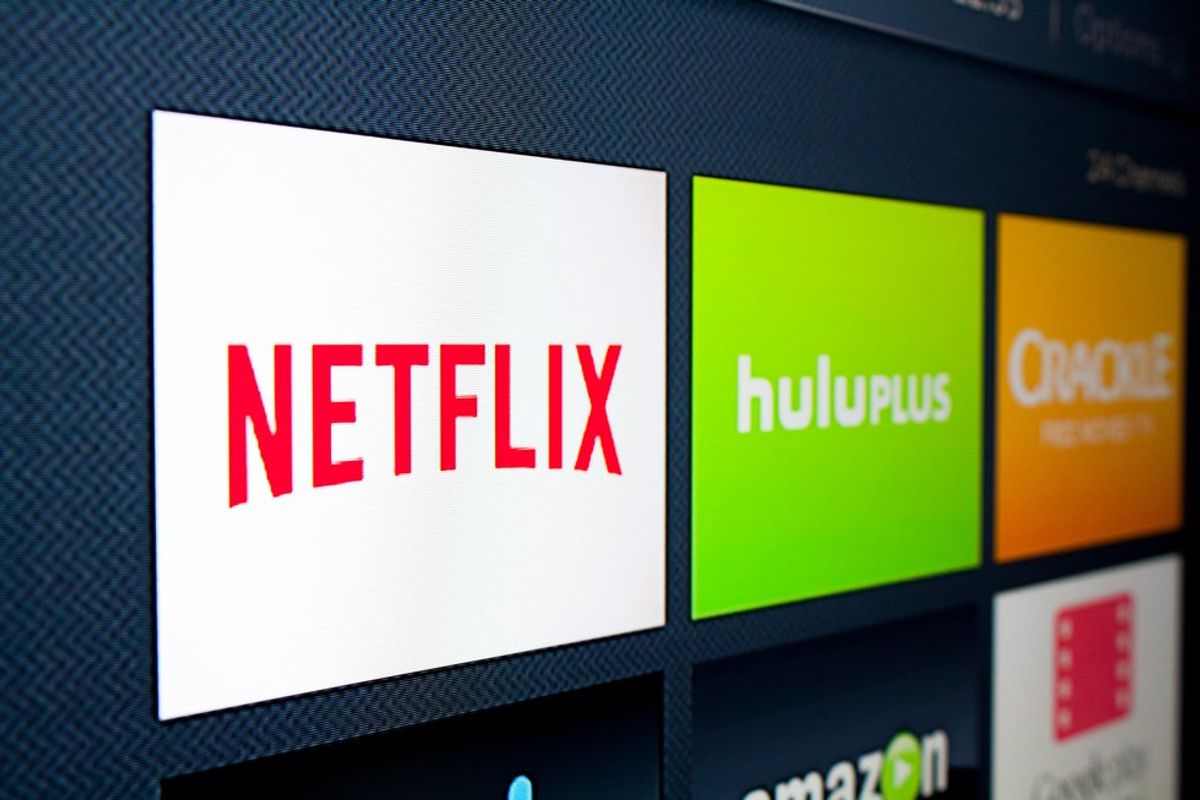 The year is 2005, life was great for any cinephile living within a 5-mile radius of Blockbuster Video. Anyone, not just film fanatics, could walk right into Bb Vid and pick out almost any movie that they wanted to watch that night. In today's world, most of the video stores are gone, which to me is unfortunate because I loved Blockbuster in my hometown, and Hastings in Stillwater, but what can you do other than watch them fizzle out? You can leave your bedroom and go rent an actual disc from a store, but you would rather sit on your bed and watch Netflix. As of July, there were over 49 million people in the United States subscribed to the online movie streaming company. This is the story of Netflix becoming king.

First, the history of the company. Originating in 1997, Netflix Inc. changed the game by offering a very disruptive business model to the system, DVD by mail. How amazing is that? Someone can log online, pick over thousands of movies, wait 3 days, and the movie would show up in the mail. What a beautiful system, however, it was not good enough. The company started to die out, people wanted something more, especially after companies like Apple and Amazon started movie-downloading online in 2007. So Netflix introduces their bid into the current world of media streaming. Netflix became the number one streaming service atop many others, and in 2011 decided to divide the streaming and DVD mail services. In 2013, Netflix innovated the economy of online renting. The company invested a lot of money into 2 seasons of the brilliant, "House of Cards" , the first 'Netflix Original'. Just when you think Netflix couldn't get any better, they release a statement regarding a deal made with another king, Marvel Studios. From there, the streaming service began to release other tv shows that were specific to Netflix, like Marvel's "Daredevil" , and 2 years later, they even started releasing 'Netflix Original' movies. Such as Adam Sandler's "The Ridiculous 6", the most watched 'Original' film on Netflix. But that is only the exclusives on Netflix. Looking at the entire list of options, Netflix is very functional and continues to improve.

Through the past two years, there have been times when I want to go rent a movie but I tell myself to just find something on Netflix to watch. So, by myself, I will scour the movies and tv shows until I find something I want to enjoy. Last Wednesday, I was hanging out with some friends trying to decide what movie to watch. Instead of spending five dollars on Vudu or Apple Movies, we decided to just use what was available and chose something off of Netflix. This is the power Netflix has over people now. There are so many different options featured on this beautiful streaming service that it keeps anyone from leaving their home to watch multiple hours of video. Just last night, I was logging onto to watch the nightly episode of "Friends" , and I noticed Netflix had added 'new episodes' of Showtime's "Shameless". I did not even know the show was on there in first place, and it is getting new episodes added. Another example of Netflix's current list would be "London Has Fallen", which was released to theaters 6 months ago. LHF may not be an Academy Award winning film, but it is a high-octane action flick that is enjoyable for what it is. If you go to http://Netflix.com right now, the first thing you will see is "35 Movies and TV shows added in the past week". The fact that you can pay 7.99 per month and get hundreds of big name films along with noteworthy tv shows is amazing. Recently, I saw that Disney's "Zootopia" had been added. Now, this movie may be nominated for an Academy Award, which would be 'Best Animation Film of the Year' (for 2016). This is another perfect example of a film that was released to DVD back in June, but only two, maybe three, months later is on Netflix for free if you are subscribed. Netflix is currently performing at the best that they ever have. My father once canceled Netflix because all that was on their was random B movies, and out-dated television programs; however, that is no longer the case.

To the date, Netflix is destroying the competition of any other streaming services. Unfortunately, people who illegally torrent can watch anything for free, but do not be that person. As someone wanting to go into film, I respect the value of selling video material to distributors and making money off it. With that being said, I am not affiliated with the marketing of Netflix by any means, but as a cinephile, I will completely promote the use of their software. There are arguments that can be made with Netflix, but with a selection of movies like "Deliverance" and tv shows consisting of "Gilmore Girls" and "Full House", Netflix will never dissapoint.