The "Acceptable Thick" & Reclaiming My Body

The "Acceptable Thick" & Reclaiming My Body 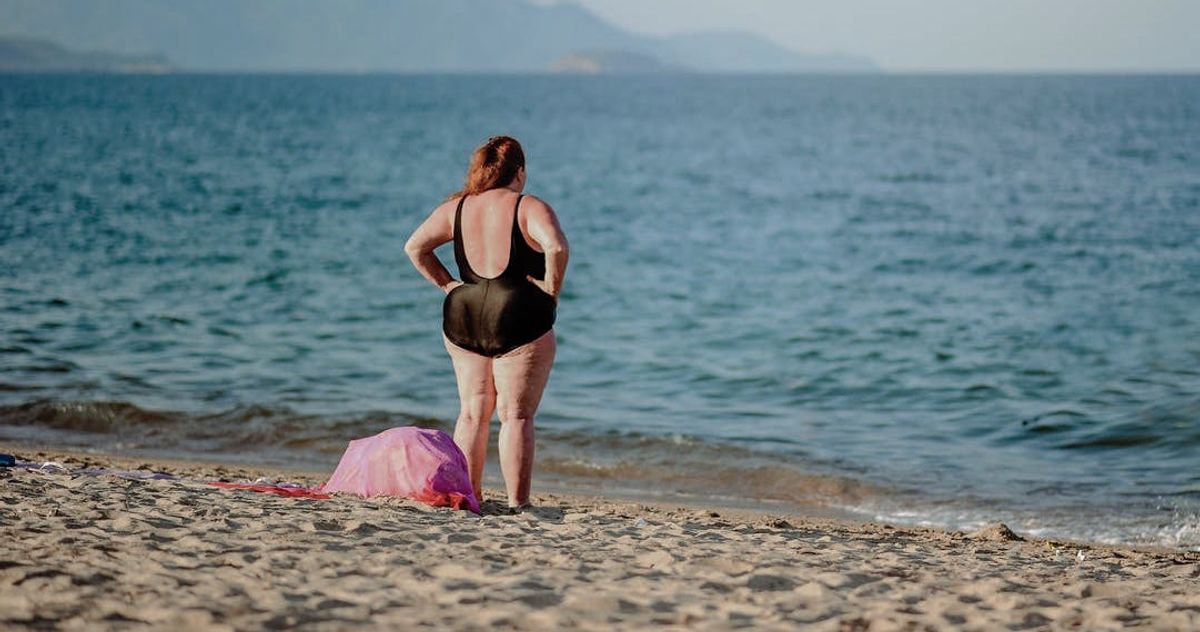 In social media today, we’ve seen an uprising in body positivity for people of all genders.

With plus size now becoming the new normal, women everywhere are embracing their thick thighs and curves. However, the body positivity movement isn’t always inclusive of everyone. The term “the acceptable thick” basically means that women can be plus sized but only to a certain socially accepted extent.

For example, we never see women in fashion ads with stretch marks, with “cellulite," or even with bigger stomachs or guts. We always see women with flat stomachs and wide hips, and although these women need representation too, they don’t represent the entire plus-sized community.

For example, brands such as Aerie featured Barbie Nox, a “plus-sized model” in their new untouched campaign.

Sports Illustrated featured the plus-sized model Ashley Graham, size 16, on the cover of their magazine for the first time in the history of the magazine. Although this has been seen as a huge triumph for plus sized women, the amount of under-representation in the media is alarming. I personally think the root of body negativity is due to this.

However, these women are within the spectrum of what's acceptable in society.

While many plus sized women are beyond excited that advertisements are finally using more realistic women, I’m hesitant to say that this is a step forward in progressive body positive thinking. With the acceptable thick becoming more and more apparent in social media, I’m afraid for my fellow fat women whose bodies aren’t portrayed in mainstream society.

The "acceptable thick" is what every man wants; a woman with a small waist, flat stomach, and of course, big hips and round backside. With plus size women in particular, it’s either one extreme or the other. People are either severely fatphobic, or fetishize fat women.

Some extremes include feederism, which I would never ever be a part of.

While many women, in particular, are seeking out that “slim thick” look as portrayed by these models and other celebrities such as Nicki Minaj & Beyonce, I’ve noticed many people put other people down for not going to the gym. Speaking from my own personal experience, in my fall 2015 semester, I went to the gym every chance I got because I thought I needed to prove myself to people that didn’t matter to me and to people I didn't matter to.

They assumed that because I was large, I was there to lose weight. Not only did that make me very self-conscious and would induce anxiety attacks later on in the locker room, but it also made me uncomfortable. I was always the heaviest one out of all of my friends, and I felt like I needed to prove something to them to show them that I wasn’t just a pile of fat who doesn’t do anything. Later on, though, I realized that it doesn’t matter if I go to the gym or not if I’m happy.

The word “fat” has been used to offend people for a long time now. As a person who was called fat constantly in my younger years, I’ve been hurt so many times by the word. Over years of hating my body and everything that comes with it, I’ve finally started to reclaim my fat.

"Fat" isn’t an insulting word to me anymore because yes, I am chubby, but I’m proud of it.

Many people view overweight women in particular as undesirable, immoral and overall disgusting. I’ve started to gain my confidence back and spread my sense of accomplishment to other people as well. I think the most important part of this was learning to accept my flaws. I understand that it might not be that easy for many people, and believe me, it wasn’t easy for me, but now that I’ve reclaimed the term "fat" and what it means to me.

My overall advice for people going through body negativity is to start small. Start where you feel comfortable, and you don’t have to love all of yourself at once.