I believe the poem, written in the midst of such grief and suffering, has profound applicability to my life and many of the lives around me. 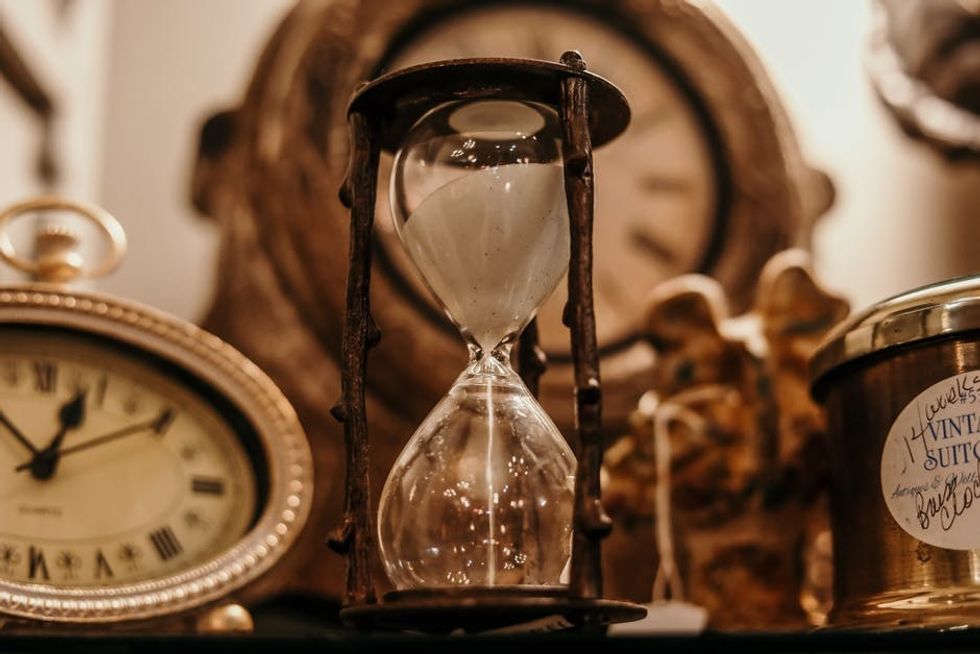 "To Time it never seems that he is brave
To set himself against the peaks of snow
To lay them level with the running wave,
Nor is he overjoyed when they lie low,
But only grave, contemplative and grave."

Above reads the first stanza of one of Robert Frost's lesser-known but astoundingly profound poems, "I Could Give All To Time." It is a poem in my favorite book in his collection of poetry: A Witness Tree. The book and the poems in it as a whole were written in a time of extremely dark circumstance for Robert Frost: in the four years prior to its publishing, his wife, Elinor, died of a heart attack, his son, Carol, committed suicide. I believe the poem, written in the midst of such grief and suffering, has profound applicability to my life and many of the lives around me.

Time, in this Frost poem, is personified and capitalized. He is capable of dramatic feats against dramatic circumstances, being able to equalize "peaks of snow" with "running waves[s]." The snow often lie far above the surface, and yet the wave is at the surface, so this equalization requires the convergence of elevations thousands of feet apart. "I Could Give All To Time" attributes a stoic nature to Time: to time he is never brave, as he is simply doing his job.

Time as a character goes back to far in history, religions, and mythology. There are two words for time in Greek: chronos and kairos. Chronos was the refers to quantitative time: time that can inherently be measured, while kairos is a qualitative time that refers to moments. In particular, it refers to the opportune moment to change. In Christian theology, kairos is defined as "ripeness."

Time in "I Could Give All To Time" identifies more with chronos than kairos. Time is never overjoyed, but "only grave, contemplative and grave." The word, grave, has its roots in the phenomenon of gravity, in physics always defined numerically as 9.81 meters per second squared. To be grave means to be unwavering, to never change, and Time, as chronos , never changes. It is measurable at all times, and it is an action to manage our own lives that makes time measurable: we count hours, minutes, and seconds for where we have to be, what we have to get done. We know we can rely on Time because he is "grave, contemplative and grave."

"What now is inland shall be ocean isle,
Then eddies playing round a sunken reef
Like the curl at the corner of a smile;
And I could share Time's lack of joy or grief
At such a planetary change of style."

The narrator inserts his own perspective in this stanza, indicated by the line that "I could share Time's lack of joy or grief." There is an island in the middle of the ocean, a resistance against the chronos of time. The "sunken reef" is also a last resort resilience against the eddies that surround it. Time is the eddies, who has a "lack of joy or grief." Time surrounds us like an army, robbing us of our emotions, whether good or bad.

It is, at times, liberating to not feel emotions, especially when such include depression, anxiety, grief, and devastation. I cannot fathom a world where a person would choose to feel any of these painful emotions, and I can say for myself that I could also share "Time's lack of joy or grief." But we must feel them. We have to, and I would say that all those negative emotions have simply made the joy I feel so much better. Joy and sorrow are not mutually exclusive emotions: they come together. I often find that the people in the most despair are

"I could give all to Time except – except
What I myself have held. But why declare
The things forbidden that while the Customs slept
I have crossed to Safety with? For I am There,
And what I would not part with I have kept."

This stanza is one of my favorites in all of poetry, because I wonder, for the narrator, what "I myself have held." Renowned author, Wallace Stegner, has a famous book titled "Crossing to Safety" that references the fourth line in the stanza, that escaping Time has led the narrator to be in the area to Safety. He is "There," escaping chronos , drifting into kairos. The narrator is tempted - of that I am sure, to give way to Time's lack of joy or grief. He is tempted severely, but he can give all to Time's emotionless state "except/ What I myself have held."

What does the narrator hold? I believe, and this may be a misinterpretation, it is the ability to hold emotions, the ability to feel joy as well as depression and sadness. It is something he has kept, that he treasures.

So I say, to Robert Frost, to myself, and to you, that I, too could give all to time. I could surrender and relinquish everything I feel - from the sadness, anxiety, pain, betrayal, devastation, joy, gratitude, and solidarity. But I would not part with the experiences and feelings that I keep, and I have crossed to safety holding these parts of what make me who I am.

time
Report this Content
This article has not been reviewed by Odyssey HQ and solely reflects the ideas and opinions of the creator.

Madison Franz
The Narrative
1115289
Photo by Brooke Cagle on Unsplash

Madison Franz
The Narrative
653286
Photo by Manny Moreno on Unsplash