The 30 People You'll Meet At The Strip
Odyssey

The 30 People You'll Meet At The Strip

A Saturday night at The Strip is unlike any other. 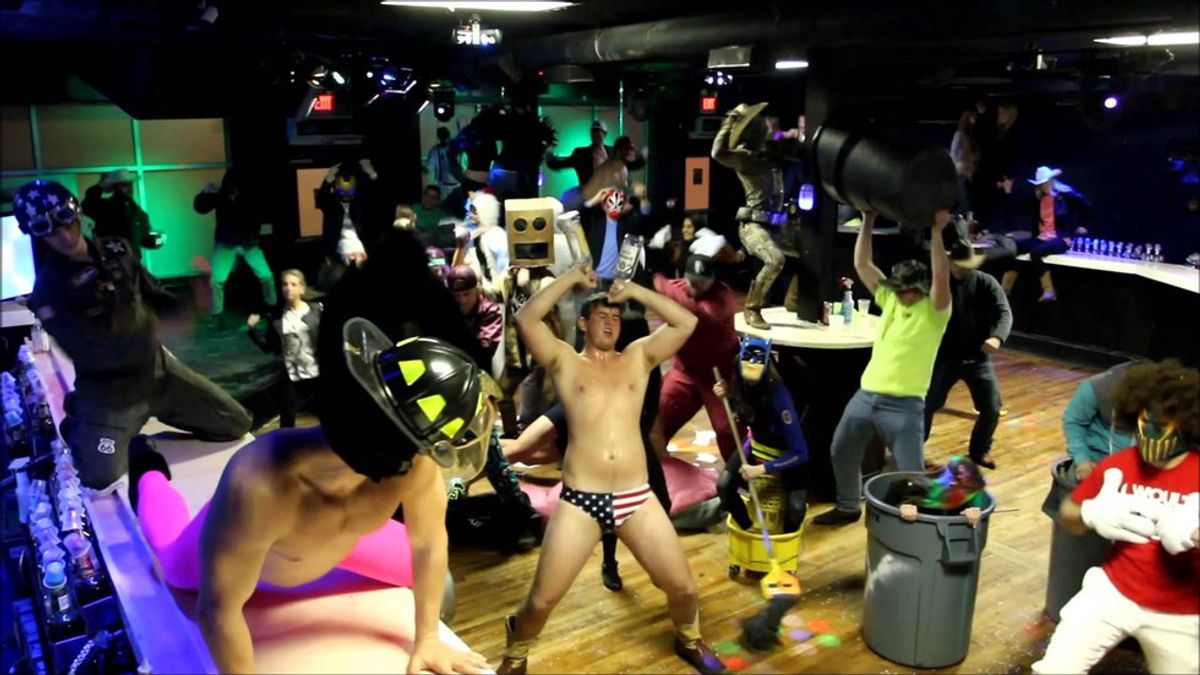 Ah, The Strip. To someone who doesn't attend Florida State, hearing those two words doesn't trigger any emotion. To us, here in Tallahassee, those two words never fail to make us feel some type of way. A night out at The Strip is many things, but it’s certainly never boring. That being said, here are the 30 different types of people that you’re guaranteed to run into at The Strip. If you’re reading this, you relate to at least one of the people below.

You just want to snatch it out of her hand but you also kind of want to see what happens after she drinks eight of them.

She has been waiting for this day since she first walked into The Strip, and now the time has finally come for her to stand on the bar at Ken's and sing "Sweet Caroline."

3. The Guy Who Knows Literally Everyone

He also knows everyone on staff.

4. The 60-Year-Old Man Who Didn't Come With Anyone Else

He's always alone but manages to have the time of his life.

5. The Guy Who Should Be Studying And Knows It

Her friends can't find her and she can't really even find herself.

7. The Girl Who Claims She Hates The Strip But Is There Every Saturday Night

Stop telling us that, "Pot's is soooooo much better." We know you're just trying to play cool, sweetie.

8. The Girl Who Actually Hates The Strip And Is There Every Saturday Night

At least she's putting in the effort.

9. The Girl Wearing Leggings And A T-Shirt

She deserves an award for the lack of insecurity that it takes to show up to A.Y.C.D. in what she was wearing at Stroz fifteen minutes earlier.

We all know him. We all love him.

11. The Bouncer Who Definitely Knows That Your Real Name Isn't Rhonda

He lets you in any way because you're #pretty.

12. The Guy Who Keeps Bugging His Friends To Go To TENN Instead

He's also the one complaining the whole time when TENN isn't open.

This is the girl that everyone is stepping over while leaving Yianni's.

14. The Graduating Senior Who Is Taking Advantage Of A.Y.C.D. While He Still Can

I will personally smash your mug on the tile floor if you bring it up one more time.

Everyone remembers their first time.

18. The Girl With The Recycled Band

We see right through your printer-copied bracelet, honey.

We get it; you only drink top shelf liquor.

When he's not handing out shots, he's ordering more.

21. The Girl Who Went Too Hard At The Pregame

"Hey did you know I'm on the basketball team?" Yes, in fact, I did (because you have now used that as a pickup line four times tonight).

We've all seen a girl try to pee in the urinal at Ken's.

24. The Random UF Guy In The Corner

Are weekends a little too boring down there in Gainesville? #ItsGreatUF

25. The Guy Who You've Made Out With Multiple Times But Refuse To Make Eye Contact With

He knows. You know. The bartenders know. We all know.

Don't be this guy.

Someone needs to put her in an Uber already.

29. The Guy Meeting Up With A Tinder Match For The First Time

I'm cringing from across the bar.

See you there next weekend.