Some Problems With And Solutions For Technology Taking Over Our Relationships 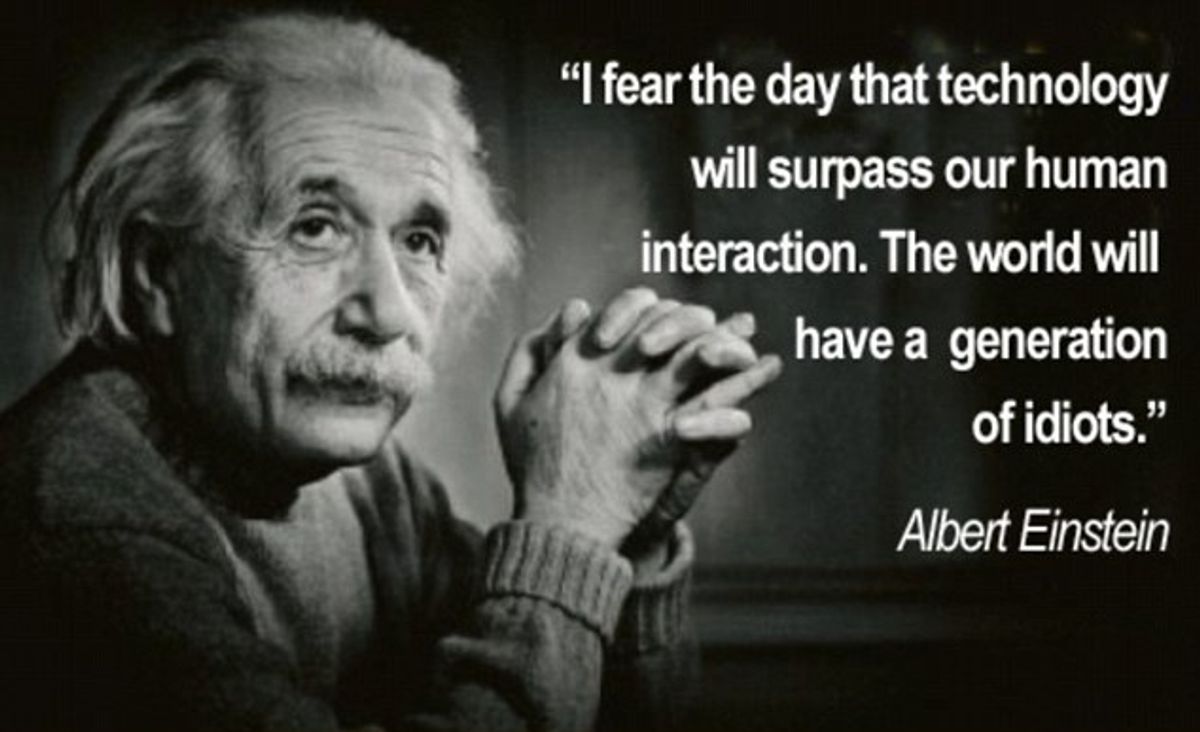 In the past several decades, technological advancements have changed our lives exponentially. Technology has had both positive and negative effects on our daily lives. While technology makes our lives easier and quicker, it also has a negative effect on our human interactions and relationships.

In a Huffington Post article it states: “A 2014 Nielsen survey, found that the average American spends 11 hours on social media, and more than half of that time is spent looking at a smartphone or tablet.”

We often don't realize how addicted we are to the technology surrounding us. A perfect example of our addiction to technology is that feeling when you have misplaced your phone and have a little panic attack. We need to acknowledge this and try and push toward focusing our attention to more important things rather than spending 11 hours on social media, or getting anxious by not having our phones by our sides 24/7.

How does technology inhabit our relationships and interactions?

Technology allows us to communicate with people all over the world at rapid speeds. While this is no doubt a luxury, we must question: how real are these interactions? Even though we might be able to communicate with anyone at anytime, humans still face what is called social isolation, which can be defined as the complete or near-complete lack of contact between an individual and society. It differs from loneliness, which reflects a temporary lack of contact with other humans. A possible reason for this is that people become reliant on their interactions through a technological forum rather than a face-to-face interaction.

Psychologist Alex Lickerman, M.D., states that we often mistake our physical relationships with electronic relationships. This is important to think about because you might express something through a text, but that person does not truly know how you feel because they are simply reading the emotion and not experiencing it. Texting loses the sense of reality because we aren't able to use our senses to interpret the situation or the emotion we are facing in the moment.

I am not saying everyone needs to stop texting, but we need to put more effort in enhancing our communication skills and building stronger relationship, which texting can inhibit. There are some important things we should think about when discussing technology and its effects on our human interactions.

Not giving people your full attention.

There is nothing worse than seeing a group of people at a restaurant all looking down at their phones; of course, we are all perpetrators of this. We often forget why we go to restaurants or hangout with other people, rather than just eating or being alone. The main reason people go to restaurants (aside from hopefully eating some great food) is to interact and socialize with friends, family, business partners, boyfriends or girlfriends. How can you have a real, meaningful conversation with people if they are distracted by their phone?

When you get to a restaurant everyone puts their phones in the middle of the table; this will hopefully prevent people from being tempted to look at their phones.

Confrontation can be a scary, uncomfortable thing. However, texting has allowed one to confront their issues with someone behind a screen, this prevents that sense of awkwardness. Hiding behind a screen can also give a person a sense of confidence; since they are hiding behind a screen they might say something they necessarily wouldn’t have if they were having the same conversation in person.

I think another huge issue is screen-shotting. Almost every girl sends her best friends screenshots of a conversation and asks them for advice (I’m sure guys do it too), but this causes issues because someone is giving someone advice and it might not necessarily be their own idea or words being texted. That's why confronting an issue face to face with someone will prevent that third party's involvement.

Yes, it might be awkward to deal with confrontation face-to-face with someone, but it's just like pulling off a Band-Aid; it might hurt for a little, but it's better to resolve it quickly than drag it out. Just talk it out in person, it will leave no room for miscommunication or other people's involvement.


The uprising of apps, such as Tinder, have created the ability for people to meet through the internet in an easy and fast way that has changed the dating playing field. But how safe and real is this? I think of the show "Catfish" when I think about people meeting strangers through the internet or this app. Maybe I am just old-fashioned and believe in fate, but you aren't meeting that person by chance, it is almost forced. You are also meeting this person for superficial reasons (I don't know if "love at first sight" works for this case). Along with this, I believe Tinder further encourages the hookup culture, which is strongly seen on college campuses. Our generation has definitely lost the sense of the purpose for romance and even going out on dates. We get to know each other by texting rather than going out on dates and getting to know people that way.

Don't rely on technology or apps for dating. Build up your confidence and don't be hesitant to talk to someone when walking down a street or at a bar. What's the worst that could happen?

Texting may be easier and less scary to tell your partner how you feel, but it does not create the same emotion or effect that it would have if it was talked about in-person. Be aware of this and try to push your comfort level with your partner; you should be able to trust each other with your feelings.

Overall, take a step back from your daily life and realize that technology is here to help you through your days, but it shouldn't be something you rely so heavily that it begins to affect your relationships with others. Soon enough, we will be robots if we don't start making small changes in our lives.