What the internet is doing to our lives. 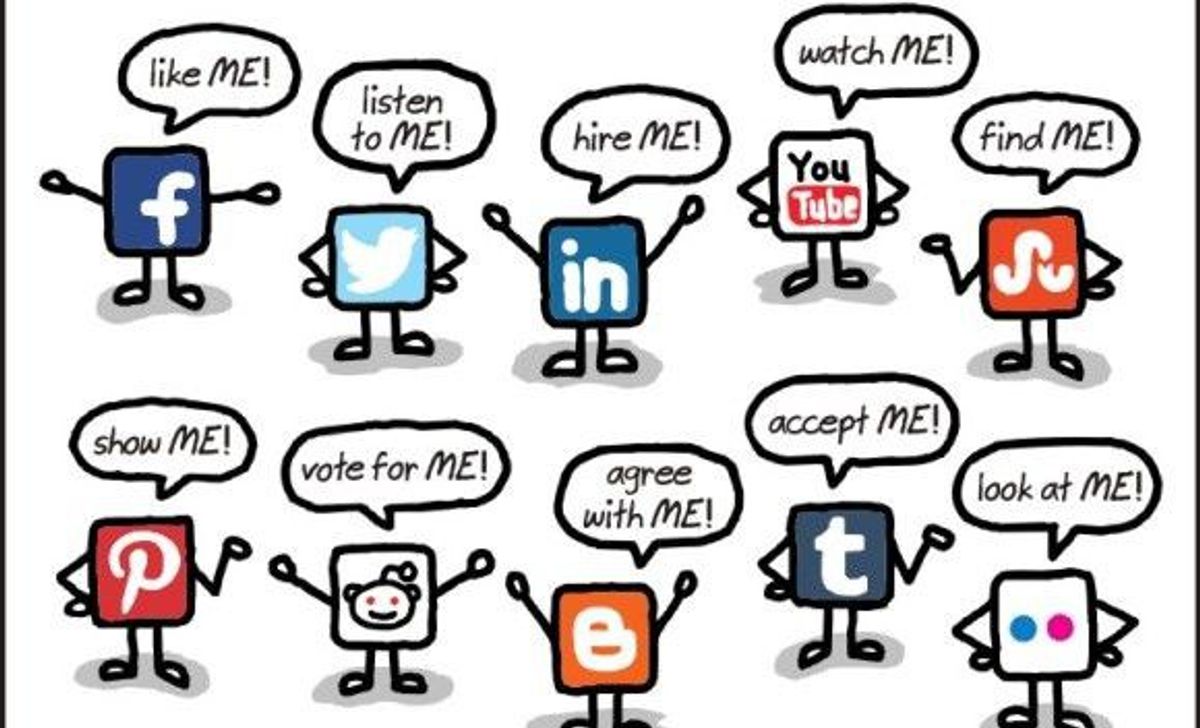 As we all know, technology has been consuming the lives of Americans ever since the first computer and phone were created. It has been an outlet for many teens, but it has also become an addiction. So why are we this attached to a simple screen? The reason is social media. Social media is a way to get our feelings or pictures out to the public for friends and colleagues to see. However, social media has caused many problems in our society, and it is time we speak up about these issues.

The question that you have to ask yourself is, am I posting to show everyone what is going on in my life or am I just posting to get a lot of likes? People, especially teens, have become obsessed with the idea of receiving “likes" on their pictures. Even Twitter, which used to have a “favorite" button, has now switched over to the word "like." To be honest, it is a pretty strange concept if you think about it. The first step is posting. You put filters on your pictures, or decide to just leave them as they are. You crop it to make sure it is perfect, maybe add a border for Instagram, and then you leave it out there for your friends/followers to see. Then, next is the waiting stage. You are either someone who constantly checks their phone to see the amount of likes, or you turn off notifications and check your phone once a significant amount of people have liked it. Either way, the last step is gratification. However, even though countless likes might make you happy, it is only short term. That instant gratification might satisfy your “social media need," but it is kind of sad to think that we all rely on "likes" to make us feel good about ourselves.

This is a huge problem that we witness every single day on social media. The show on MTV called “Catfish" has made this issue more public, but it does not mean we can say goodbye to fake profiles and upsetting stories. The show deals with people creating fake identities on social media or dating websites. After researching the person to see if they are the real deal, the hosts of the show then will contact them to meet up with the person they have been talking to online. More often then not, the person has a completely different appearance than they put out onto the internet, and they might even have a different name. These stories are real, but they are not just limited to the Facebook and dating apps like Tinder and OkCupid. People will use fake pictures to make themselves look better, creating a false representation of who they really are. It can help with a person's self esteem on a social media site, but it will do nothing for them in real life, and it certainly will not help others. The victims in this situation are the ones who think that they are talking to a specific person, and then find out it is a complete lie. Overall, there is nothing to get out of it.

3. Elimination of Face to Face Conversations

Something else to think about is the change in methods of communication. After phones came out, people tended to stay inside their homes, hiding behind a screen. There were less coffee dates, less group gatherings, and not as many words spoken in person. Instead, we resorted to texting conversations, chat rooms/group texts, and a lot of fighting. Since people are not in contact with another, they tend to lash out more. People feel empowered when they are online. Their confidence in making a post or sending a message increases because they do not have to see the person's reactions. All they have to do is type a few words and hit send. This method of communication has essentially led to cyberbullying. Nasty comments are exchanged between internet-goers daily because they are not able to see the damage that they have done. There are no emotions exchanged, only words.

As a student, my life is consumed with studying, homework, and projects. However, in the modern technology era, my life is also consumed with Twitter, Instagram, and countless other social media sites. It might seem a bit crazy, but it is hard to resist the daily scroll on Instagram. Leaving my phone on does not help when I am trying to get my work done, but it is quite the addiction. Even when I am focused, most work is completed online. Being online while doing homework is difficult because you are surrounded by tempting sites on the internet. It seems like a simple option to just turn off your phone, but it is not that simple.

This may seem a bit ironic, but, with this new technological advancement, there is nowhere to hide. Although a bit contradictory to what I was saying before about hiding behind a screen, being on social media makes us more prone to being found in the real world. Even with privacy settings on and everything, the internet makes it easily accessible to find out personal information about others. Now, you may be thinking, what if I am not even on the internet? Well, news flash, you are. You may not have five social media accounts and a million followers, but you can definitely be found with the click of a button.

There's not much we can do to control the way people act on social media. It is a new concept to all of us, and, sadly, we just have to accept it. However, what we can control is how we choose to handle ourselves online. So here's some advice: Unplug for a little while. Give yourself a social media detox. Turn on your privacy settings so that you are more protected from others online. Technology might be a huge part of our lives nowadays, but it certainly isn't everything.