Does Technology Destroy or Promote Creativity?

Does Technology Destroy or Promote Creativity?

Humanity always has an eye on their jobs and tech that can take them - but is that really the case? 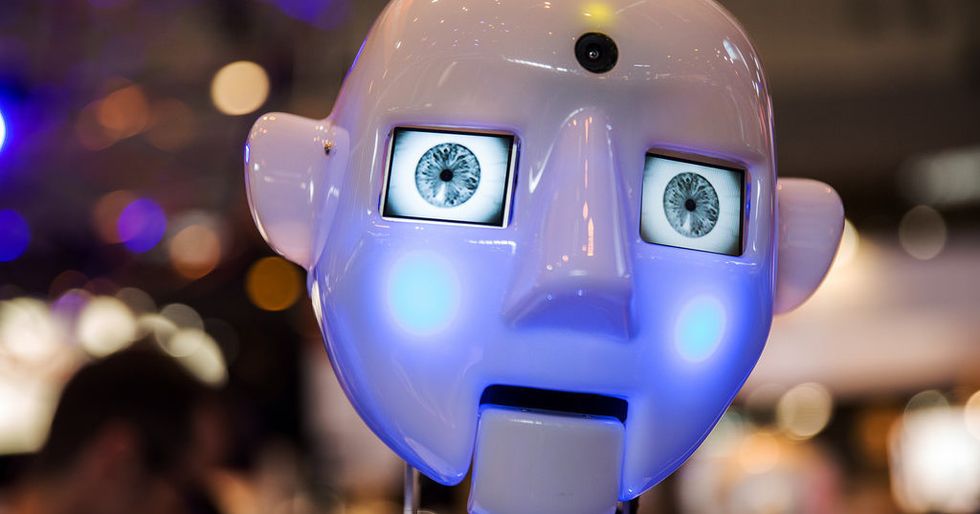 Technology has become more prominent and competitive in the workforce, but most of its integration has replaced repetitive and tedious tasks.Its application can be seen from two perspectives: technology takes jobs from people, or technology expands opportunities for people.

It's true that automation and recent technological advancements are becoming more prevalent in the workforce. Robots are integrated into the production line; software is a substitute for an accountant's work and expertise; computers can design complex interior design options instead of an interior designer; even traditional musicians compete against iPhones at weddings. Technology's resilience and reliability does make it very useful in any industry. We, as people, naturally crave engagement in our work, where technology doesn't exhibit any desires. It serves one purpose fully with minimal to zero issue until it is told to stop.

Because our tasks become more mechanical as we work alongside technology, 52% of workers claim they are not engaged or inspired. Moreover, 18% of workers state they are actively disengaged from their occupational responsibilities. Each actively disengaged worker can cost their company $2,000 per year. That sounds like financial motivation for a company to redress employee engagement. Fortunately, employers can establish their company culture on an overlooked and underappreciated driving force – human creativity.

To give this conversation some context, we need to understand what has happened since the Industrial Revolution.

From the 1850's to the early 1900's, technology transformed America for better and for worse. The Industrial Revolution brought about large factories that burped out mass quantities of everything. They employed whole towns and communities to produce commodities previously created by individuals. While such a burst in production provided Americans with affordable and accessible necessities and luxuries, it curbed creativity.

People were enamored with the idea of mass-production and corporations during the Industrial Revolution. It was cheaper, they provided widespread employment, and there was more time in the day for leisure. Unfortunately, it resulted in some negatives we are correcting today. The labor required was unskilled and had little room for growth, and small 'mom and pop' stores couldn't compete with prices. Small businesses shut down, more people worked for factories or up the corporate ladder, and creativity gave way to mass-production.

Today, there has been a reversal in thinking – and it's due to technology. During the Industrial Revolution, most Americans replaced their creativity and desires with technology's comfort and stability. Now, workers are severing their reliance on a paycheck, and using technology as a tool to create their own businesses. According to the Global Entrepreneurship Monitor (GEM), 27 million Americans of working age have started a new business. They have seen the demand for creative products and personal service, and have chosen to supply that demand personally.

To use an analogy, let's look at a comparison between Star Wars Episodes I, II, III and Episode VII. Episodes I-III were criticized because of their overuse and reliance on CGI, which was very popular at the time. CGI was an exciting new technology, and the studio eagerly replaced sets, props, and live actors with it. It may have seemed better at the time, but they replaced the irreplaceable, and the films lacked the subtle human-touch required to drive emotion and connect the audience to the story.

Episode VII corrected those errors by using technology as a tool and not a platform. Instead of replacement, CGI was used to enhance sets, props, and live actors in Episode VII. The result was definitive as audiences applauded the careful and creative use of CGI to expand the Star Wars universe.

In short, technology can be used to enhance and expand our creativity instead of wholly replacing it. There is no substitute for the imagination.

A unique perspective coupled with curiosity equals creativity. Creativity is the way in which we solve problems, make decisions, and explore the world around us. Technology is created through our creativity, and now we have technological tools that further expand that ability in a self-fulfilling circle. The following are aspects of creativity positively influenced by technology.

In the end, it's how we utilize our technological advancements. We have learned from the past what happens if we rely wholly on technology. The bright originality brought to this world through a film maker, clothes designer, or musician can be enhanced through technology without replacing them altogether.