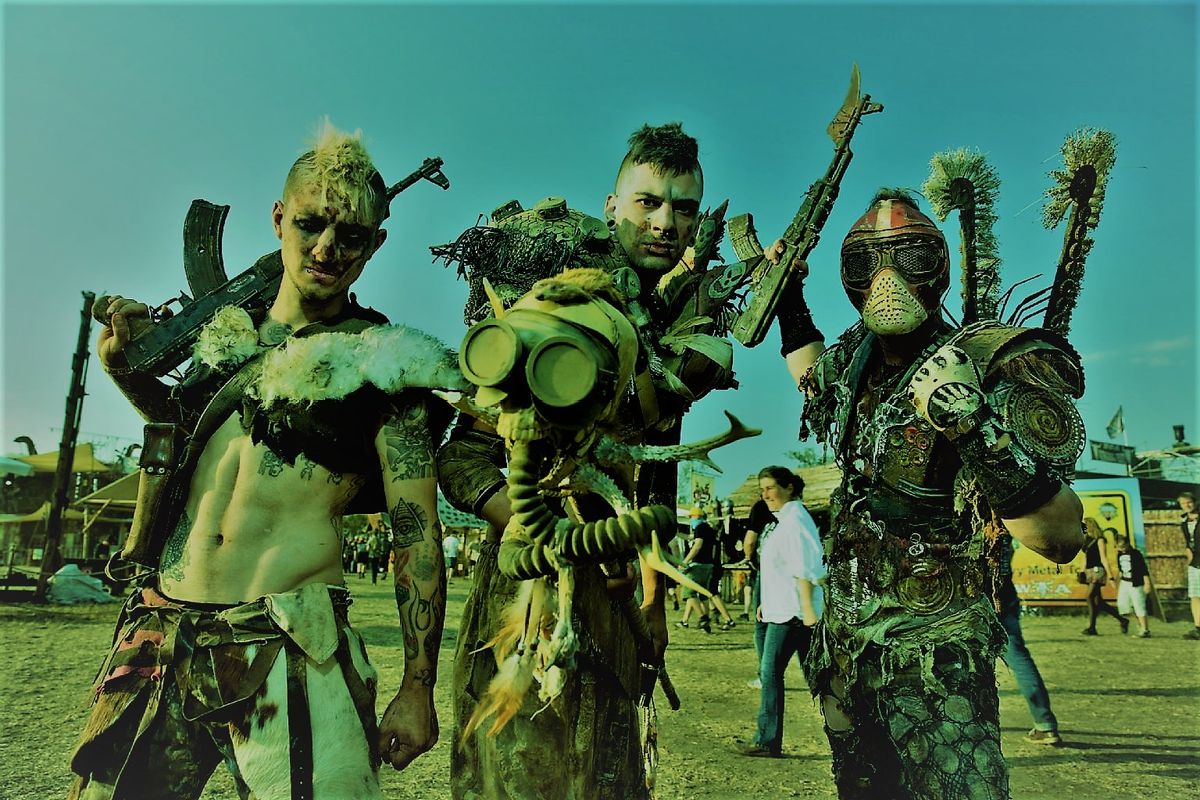 The above excerpt comes to us from Breitbart News Network's official Facebook page. The subject of the article itself is not particularly important to my own piece, rather I invite you to take a look at the original comment. Here, we find a Breitbart fan describing a disparity in the narrative that his favored news source presented. Exemplified here is the general gestalt of the rapidly developing online doctrine of the Cult of Trump: the ad hominem denunciation of snowflakes, the indignant use of the dreaded 'O-word', the scatological reference, the brazenly misogynistic hyperbole, and, of course, the Caps-Lock Crusade. The order varies from chain to chain in my experience - I perhaps am part of the problem to a certain extent, in that I gladly exchange extra clicks and views for shock and amusement in reading the absurdity that is Breitbart's comment section - what grabbed my attention in this particular thread, however, is that the original poster began by establishing his support of this Alt-Right media outlet. Further, his critique was far from the effervescent and ambiguous platitudes that often arises from so-called leftists, rather the most scathing and vicious component of his comment attacks at the end with: "This article needs a little spot checking". Of course, he could have said anything that was not explicitly pro-Trump, pro-white nationalism, pro-misogyny, etc and the response would be the same.

Similarly, I have had my own experience with this absurdity n supposedly liberal pages. In one argument, I recall being deemed a selfish Trump supporter for expressing concerns over the fact that Joe Manchin (D, WV), one of the senators representing the state in which I reside, declared his support for Hillary Clinton in spite of overwhelming support for Bernie Sanders. My original point was entirely ignored, replaced wholesale by some sort of meta-argument that was entirely beyond my comprehension - some vague notion that I was somehow racist and self-serving on top of being an overly-privileged misogynist for not being entirely in lockstep formation "with her". Both online communities it seems, have pushed for ideological purity within their ranks. Any criticism, any minor critique of the established narrative is met with the kind of vitriol historically reserved for personal attacks and overt threats.

Perhaps if this phenomena were somehow sequestered to the virtual, we could all collectively roll our eyes and shrug off this nuisance. Unfortunately, this is not the world we find ourselves living in. This past week, now-Montana Congressman Greg Gianforte assaulted a reporter from The Guardian; or rather more specifically, witnesses reported that the politician "...grabbed Jacobs [reporter for The Guardian] by the neck with both hands and slammed him into the ground behind him." Audio of the event is shocking, to say the least. Even more shocking however was the ludicrous way conservatives leaped to Gianforte's defense; instantly gobbling down the twisted and absurd counter-narrative the congressman's team concocted despite their new paragon being officially charged by police. Granted, many conservative radio and TV hosts condemned the congressman's actions, but Alex Jones and those like him, who have become the new center of conservative ideology in Trump's America, forged onward to strengthen the congressman's fabrication.

We have reached a strange intersection in a society, a place where political dogmatism has entirely supplanted political reality. Our President and those caught up in the riptide of his pseudo-spiritual cult of personality, continually assault the notion of what is or is not true. The response from the left has been to emulate that success via the assertion that their ideology is entirely above moral scrutiny. Both camps have become nearly fanatical in their beliefs. Neither seems willing to cede any criticism, minor and major ideological differences weighing the same in terms of outrage alone. Consider the entirely false allegation Trump pushed for that suggested that he would have indeed won the popular vote if not for millions of illegally cast votes. Consider the blind and outrightly racist refusal of the notion that Islam should and can be reformed to be made more progressive that Democrats and their disciples flatly reject.

Discourse is key to understanding and progress, we cannot move forward if we refuse to reflect inwardly. Political ideology should not be determined by what team one cheers for. In the early 1800s, the Baptists of Danbury Connecticut wrote to Thomas Jefferson, detailing their fears that they would be persecuted by the Congregationalists in their state. Jefferson responded thus:

"Believing with you that religion is a matter which lies solely between man and his God, that he owes account to none other for is faith or his worship, that the legislative powers of government reach actions only, and not opinions, I contemplate with sovereign reverence that act of the whole American people which declared that their legislature should "make no law respecting an establishment of religion, or prohibiting the free exercise thereof," thus building a wall of separation between Church and State. Adhering to this expression of the supreme will of the nation in behalf of the rights of conscience, I shall see with sincere satisfaction the progress of those sentiments which tend to restore to man all his natural rights, convinced he has no natural right in opposition to his social duties."

When ideological dogma supplants political discourse, even Jefferson's wall provides little defense against those who would weigh their rights heavier than their social duties.