A Letter To The Teacher Who Saved My Life
Odyssey

A Letter To The Teacher Who Saved My Life

It is rare for a great teacher to appear, but even rarer for them to become a friend. 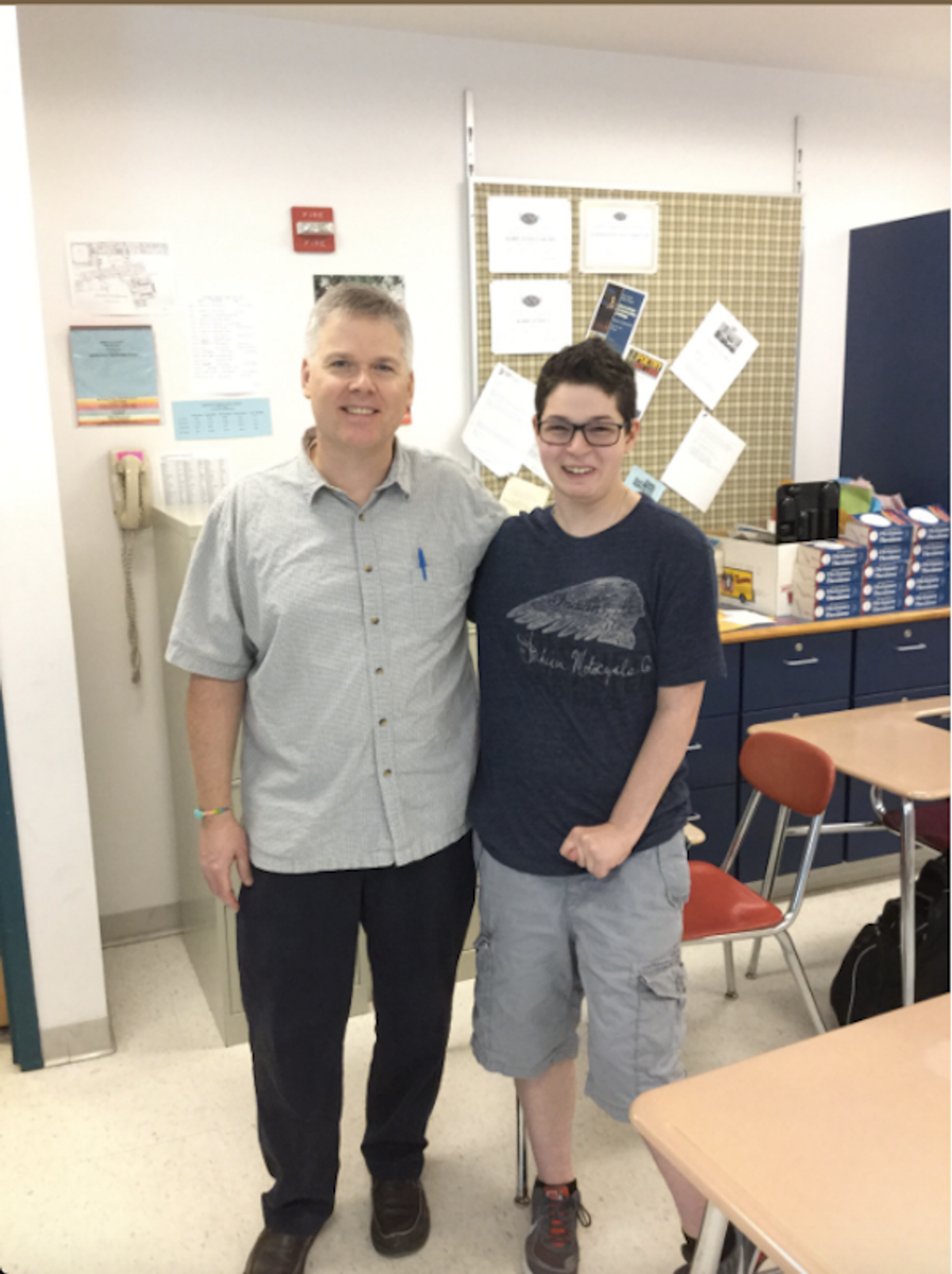 Luckily my plan was stopped.

What did occur, was that lonely teenager who felt cheated by life changed and set out to rebuild it rather than destroy it.

Five years later, I realize that I have never truly thanked the person who in so many ways shaped me, but also saved me. They were not a parent, not a therapist, not a friend. They are a teacher.

Phillips- this one's for you.

I entered my tenth grade year full of doubts, insecurities, and a false bravado. I felt that if I projected only positive, childlike-energy then it would be someday be true. Needless to say, I made for an interesting student.

But what better partner to an interesting student, than an interesting teacher? I have much to be thankful for, in that this brilliant man not only taught me in English class but in Creative Writing as well. How lucky, that when he lectured it did not feel like class but rather life lessons.

Lessons about communication and human nature. How we as a species mimic one another. How a good paragraph with properly cited and evaluated sources should be 10-15 sentences but no more than 20.

This gift I was given was that he saw me not only in one form in his class, but in another form one lunch period later.

I must backtrack to the time between when I fell apart and when I met this one-in-a-million man. When I was attempting to repair my broken thoughts alone, I found that writing held the key. I began to write a book. I include this for no reason other than context, because without the book I may not have lasted the summer. But without Phillips I would not have lasted the year.

I remember that first Creative Writing class. It was the second time I had had him that day and I was still unsure about how he would teach. I was uneasy of the expectations he might have. I stayed behind after class, shifting from foot to foot, getting ready to speak past the lump in my throat. Would he be surprised at my request? Bemused? Angry? After all, how much of a right does a tenth grader have to say "I'm writing a book and you will have to read it."

Truthfully I do not know how he felt when he gave his response that I could work on my novel in class, I was too busy staring at the vent above my desk in English.

English, a class where, for a while, I goofed off and did not present my serious face. In academics, my teachers had a habit of assuming I did the best I could. But Mr. Phillips, he saw me in a non academic class as well. I fondly remember an important day that this teacher earned my respect. As we sat doing work, on Antigone I believe, Phillips was making rounds talking to students about the homework assignment he had set. A grueling weekly journal of at least 500 words. He got to my desk, asked how I wasn't cold beneath the vent, looked me in the eyes and said,

"You can do better. I expect more."

Then he walked away. For the first time a teacher had demanded more from me, and he acted like it was no big deal. No lie, at first I was angry. Who was he to tell me my work wasn't good enough? This interaction is something I look back upon with only gratitude.

You see, I have spent a lot of time mulling over those words, both that night and many nights since. They have become sort of a challenge for me. Always do better, even if you do your best. Do better. Write better, learn better, live better. With those simple words, the power that one person believed, I had found a cornerstone with which I could safely rebuild myself around.

Over the next year and a half I was privileged enough to retain Mr. Phillips as a teacher in Creative Writing and life, but also in a capacity as a friend-someone who I could engage in spirited debates about "Johnlock" versus "Sherstrade" (Johnlock will win). It was with this newly ignited confidence in mind that I finished the first draft of my book and was able to laugh freely when I realized it well- sucked. It was with the advice given a year before in my mind that I set out on my revision, to do better.

Unfortunately my time as a pupil under Matthew Phillips came to an end, my family was moving and I would be changing schools for my senior year. He never stopped teaching me though. In times of turmoil and distress during my senior year, I reached out and he responded.

I could always expect the life advice I so desperately sought.

Don't give in to the system of standardized tests

There are no words, not even in the 16 page vocabulary list, that I know that can express my gratitude towards this man. He saw beyond what others did and took more than others dared. He made me bend my pride and constantly reevaluate life. Without which, I would not be the man I am today.

So, in such little words with such great weight, Phillips I do say thanks. You have saved my life in so many ways.

I will forever be your student, and I thank you.

Emmaline B
The Narrative
45345
https://unsplash.com/photos/O0T1SIgHAfM