Does My Tattoo Affect My Job Performance?
Odyssey

Does My Tattoo Affect My Job Performance?

Will my tattoos affect my ability to be a successful student, teacher, mother, or doctor? No, they won't. 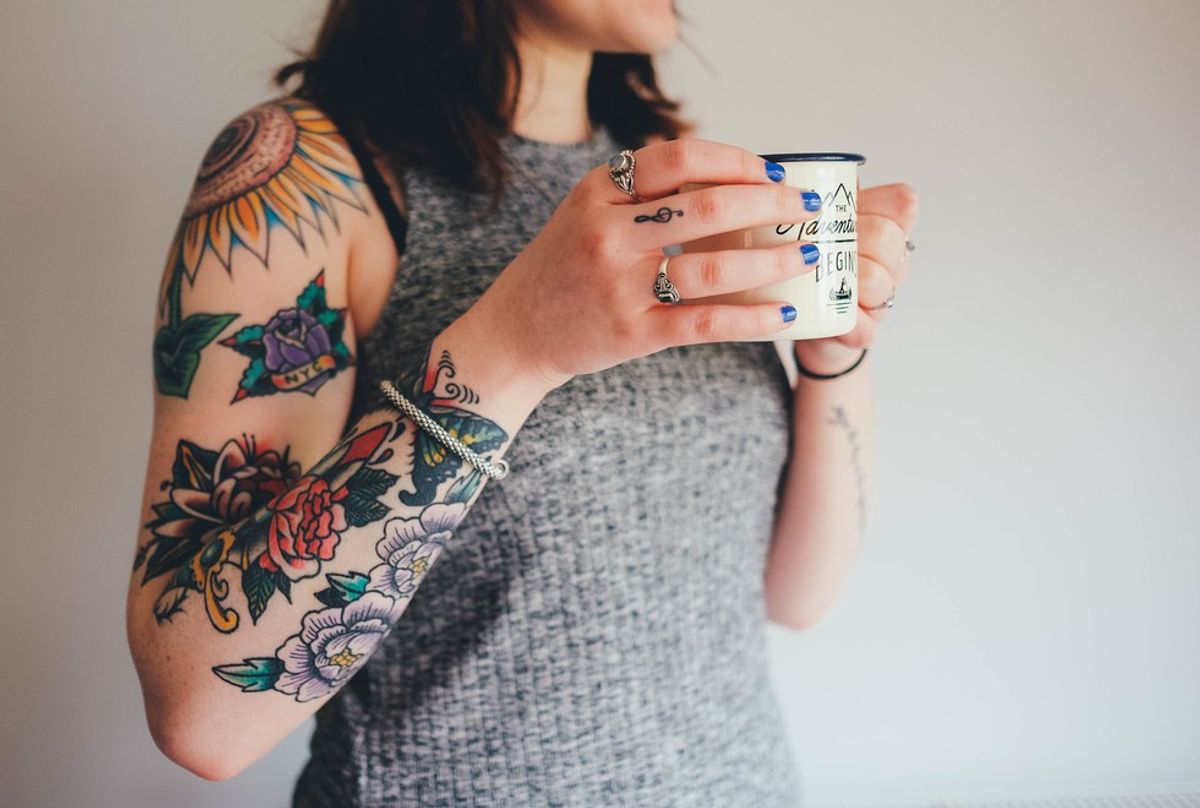 Tattoos have been a way for people to express themselves for about 5,200 years. They might be a way for someone to show their social status, to express a personal experience, illustrate their religious beliefs, or even express who they love. Yet after all this time, tattoos still have a negative stigma attached to them.

Young adults are repeatedly being warned about possible repercussions of their ink. Many are told that they will never be able to find a job if they get a tattoo. Young women are reminded not to get any ink where it might show on their wedding day. They’re told that they’ll absolutely regret their tattoo in 10 years.

There are still people who, in 2016, feel that visible tattoos define the character of an individual. For example, a patient in critical condition once refused service because the available paramedic had tattoos. In regards to tattooed professionals finding a job, many employers find grooming and business attire to be more important indicators in the hiring process than tattoos. Consumers, however, preferred non-tattooed employees on the front line. In a recent poll, 41 percent of respondents said that they were not comfortable with doctors and primary school teachers having tattoos, but 70 percent said that they would be comfortable with police officers having tattoos.

Does my having a visible tattoos affect my future ability to be a wife or mother? Will my tattoo affect my job performance? Am I unable to be a successful student because I have a tattoo?

No, of course not. But people of all ages refuse to acknowledge that a tattoo is simply a form of expression. A doctor or teacher wouldn’t be judged for hanging artwork above their desk, so why are they judged for having works of art on their skin? With so many young people getting tattoos, Americans need to begin to look past the ink. It is time to destigmatize tattoos.

It is time to look past the tattoos and begin looking at the person who has them. In a job interview, employers should be focused on whether or not this potential employee will be a strong addition to their team based on qualifications rather than their tattoos. A tattoo on my skin has nothing to do with my ability to read, write, or perform. All of that was determined before I ever considered getting a tattoo. Americans have the Constitutional right to freedom of expression, and that includes expression in the form of tattoos. We shouldn’t have to be worried about our future opportunities based on some ink on our bodies.

In the end, I will be just as qualified to be a teacher as the girl sitting next to me in class. We will have the same degree from the same university with the same amount of experience. Should I have less of a chance to get a job than her just because I have a few tattoos? Absolutely not.

My tattoos do not define my ability.