Why We Shouldn't Judge People With Tattoos
Odyssey
CurrentlySwoonLifestyleHealth & WellnessStudent LifeContent InspirationEntertainmentPolitics and ActivismSportsAdulting
About usAdvertiseTermsPrivacyDMCAContact us
® 2023 ODYSSEY
Welcome back
Sign in to comment to your favorite stories, participate in your community and interact with your friends
or
LOG IN WITH FACEBOOK
No account? Create one
Start writing a post
Lifestyle

Why We Shouldn't Judge People With Tattoos

"Don't judge a book by its cover" 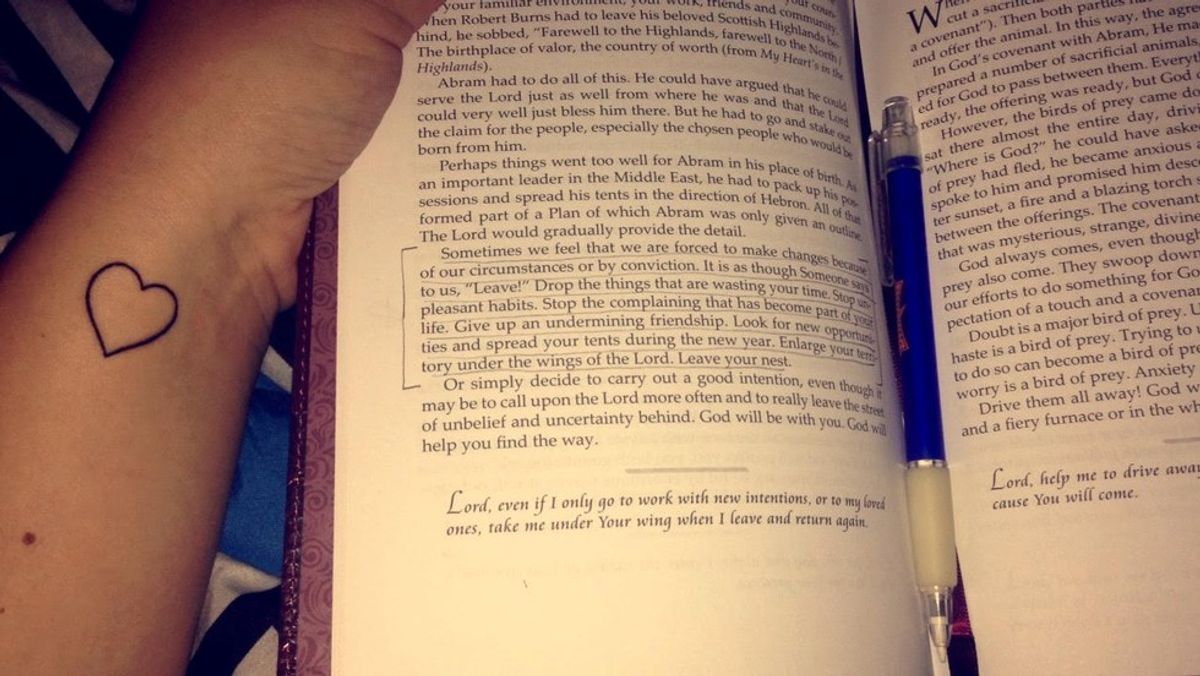 In recent years, tattoos have become more and more popular. I'll come out and say it, I can be biased on this topic because I have gotten three tattoos in a span of three years. In this time, I have made the realization that people who have tattoos usually get labeled as "bad people" and society makes us think that. I have been told that if I have a tattoo, it'll be harder for me to get a professional job. We, people with tattoos, feel like we need to cover up our tattoos when we first meet someone just so they don't have a preconceived opinion about us. I love my tattoos because they represent who I am and I believe them to be beautiful. Here are some reasons why we shouldn't judge someone just because they have one tattoo or more:

1. Having a tattoo is never a factor of intelligence, worth, or value.

Some of the smartest people I know have tattoos or want one eventually. Just because there is a tattoo on someone's body, it doesn't mean that he or she doesn't value his or her education. Having a tattoo doesn't mean they have a certain view on politics, have a certain sexuality, or do drugs. A lot of students at my college, who are smart, have tattoos and will be successful in life.

2. Tattoos are beautiful and considered art.

Tattoos can hold so much meaning. Tattoos aren’t always tacky or drunken mistakes, tattoos can be meaningful and often times planned and thought out. For example, my tattoo for my belated grandma took me roughly a year to have drawn out and made perfect. My first tattoo was in honor of my grandfather who was in the navy. My most recent tattoo, a simple heart on my wrist, is there to remind me that I'm consistently loved no matter what because I tend to forget it. We also can't deny that tattoo artists are super talented.

3. A tattoo shouldn't stop you from getting a job because it doesn't stop your performance.

I have never thought in my life, "I wonder if the guy with the cross tattoo on his arm would make my food worse than it should be." Having a tattoo shouldn't stop you from attracting customers or getting clients. I believe the problem is not with the person who has the tattoo but with the person who thinks a tattooed person is a "bad guy".

These are just a few reasons why we shouldn't judge a person because they have tattoos on their body. I’m not saying you have to get a tattoo or that you have to like the idea of them. The only thing that having a tattoo makes you is a person with a tattoo. That’s it. Your body is your own and you can do whatever you would like with it. Don't judge someone by a tattoo because that is judging them by their appearance.

Nicole Marie Nigro
Individual Creator
9800
c1.staticflickr.com
Where to start...... Let me start with the cliche that life throws us curveballs and what we do with it is what counts.