What Does 'Talking' Mean?
Odyssey

It's Time To Decode What Exactly Millennials Mean By 'Talking'

"Are you single or taken?" has never been such a confusing question. 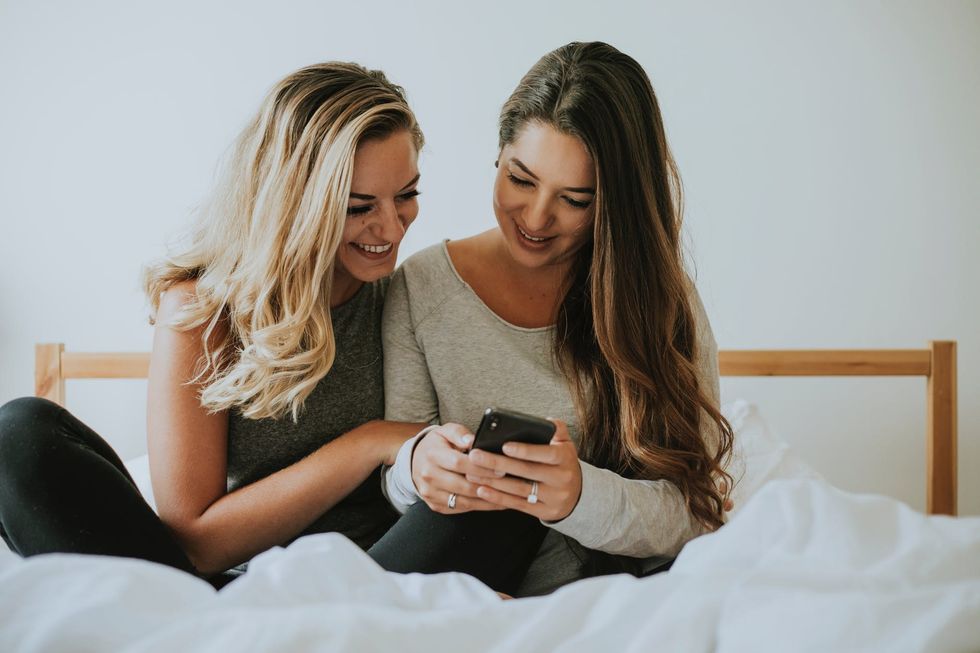 As teenagers and young adults in college, I'm sure almost everyone can relate to the situation of "talking" to someone. If you're not sure if you've ever been in the talking stage, here's how you'd know: it's where you recently meet someone, both establish your mutual attraction for each other, and are now in a peak phase where you and said person are constantly texting, Snapchatting, FaceTiming, etc. Conversations are flirty and personal, because there's a mutual understanding that you both are interested in each other, but need to get to know one another more first. But wait, isn't this basically dating?

A reasonable question, and no, it isn't, according to our millennial society. However, this definitely isn't just a regular friendship, either. A good way to perceive the talking stage is the phase in the middle of friendship and relationship — because you're a little more than friends, but a little less than significant others.

It does get very confusing when it comes to the straight-forward question — "Are you single or taken?" — because, well, how do you even answer that? Should you say single, because, in technical terms, you don't have a solid boyfriend/girlfriend? Or should you say taken because you've already arranged a situation where you and a person are currently seeking potential in one another as relationship worthy?

In my opinion, you definitely should not say you're taken. Taken implies you're in a relationship, and by inferencing from what I've explained earlier, the "talking stage" is NOT the same as a relationship. This may be where some millennials get lost. The clear distinction between these two stages gets blurred out, because some people may get too swept up in the thought of meeting someone who interests them.

Some may be rushing into a relationship and use the talking stage as an easy gateway. This, might I add, is what you shouldn't do. The talking stage is simply getting to know someone who might be of interest to you, and figuring out if you're ready to take things to the next level, which is dating. Dating and committed relationships are formed on the basis of loyalty and being exclusive with your interest in each other. Talking, however, does not require these two elements.

You and the person you're "talking" to are both single individuals and are allowed to go on dates with other single people. This is acceptable, because "talking" isn't binding, it's just a phase where you're feeling someone out, not committing to them on the spot.

It's always a good idea to be open and honest with the person you're talking to — AKA communication. Let them know if you're talking to multiple people at once and see if they're comfortable with this or not. Even though they should be, because again, "talking" isn't a guaranteed relationship setup, there's always a chance they might feel offended or uneasy with the thought of you flirting with someone else.

If that's the case, it's best to come to a compromise with this person, to know one another's expectations and preferences. If it doesn't match up, then you can choose whether to stop "talking" or find a solution for it. However, always remember that "talking" is not a relationship, and it was never that serious in the first place. There shouldn't be any "loyalty" issues, but a fun phase of getting to know someone you could possibly vibe with.