The similarities are staggering. 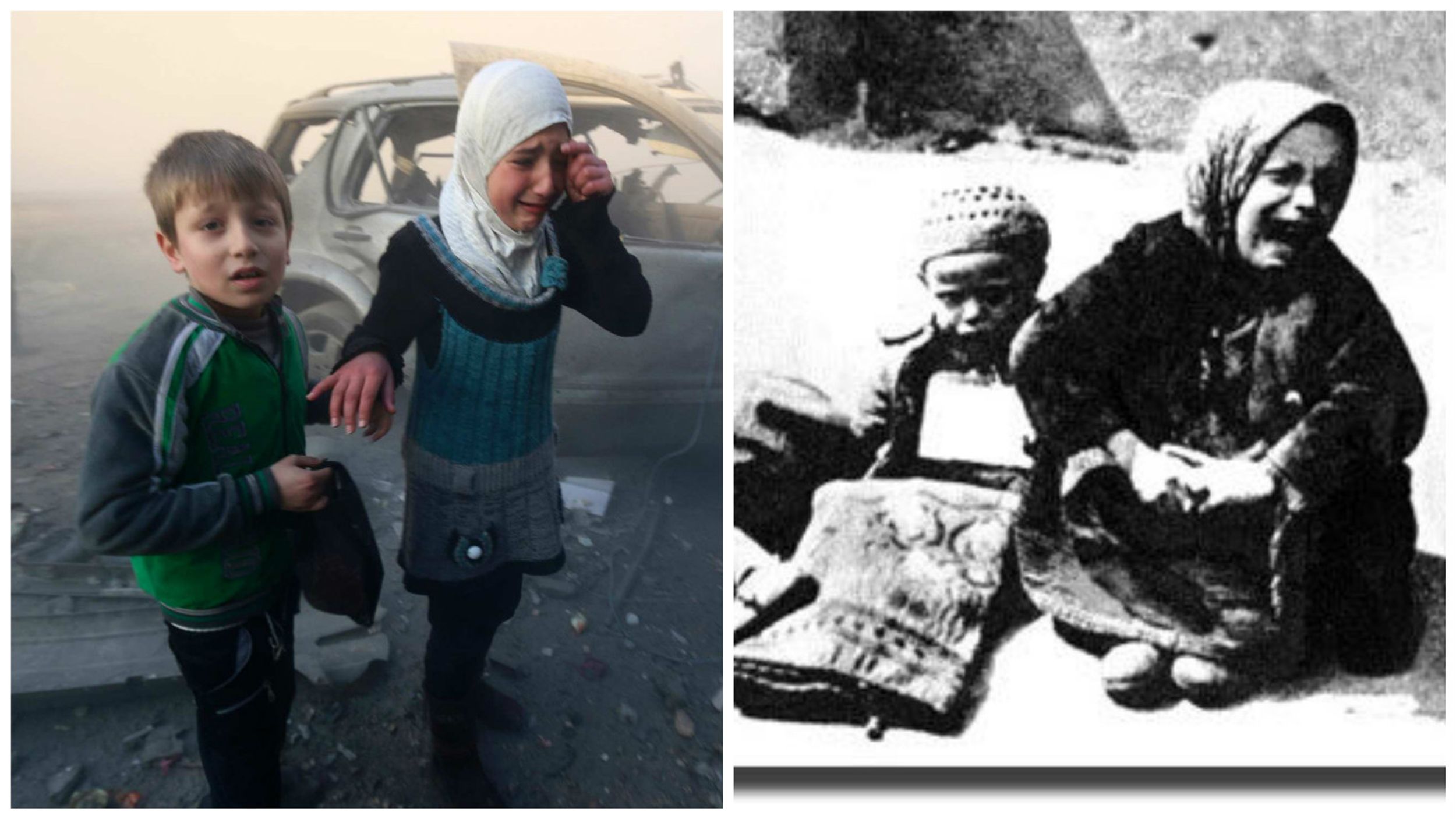 Immigration: that was the topic of the day in my college class. As my professor started the conversation, students around me were quick to a pick a stance on the issue. Did I have a stance on immigration, one way or the other? Not really. Therefore, I sat and listened to those around me as they gave their opinions and lists of pros and cons.

It wasn't until someone said something along the lines of "It's a dog eat dog world, so they need to defend themselves if they want to survive" that something inside of me clicked. As an avid history lover, hearing people brush off refugees and say they should just "defend themselves if they want to survive" struck a cord. For the first time, I opened my mouth to speak.

"The way no one wants to get involved---it reminds me of the Holocaust."

Suddenly, the years I had spent researching and reading about the Holocaust in school flooded back to me. I thought of the innocent people who had suffered and died at the hands of others while America sat back and minded its own business. We didn't get involved in World War II until Pearl Harbor was bombed on December 7, 1941. By that point, World War II had been going on for two years and Adolf Hitler's power was strong.

When we talk about the Holocaust, the famous phrase used is "We didn't know what was happening with the Jews." While that might be true, America's lack of involvement didn't just stem from ignorance. America didn't want to open its borders to Jewish refugees. In fact, a few years before World War II began, President Hoover demanded strict enforcement of visa regulations in hopes of limiting immigration into the United States.

By the time President Franklin D. Roosevelt took office, immigration was still disapproved of. While some Americans believed that the country truly could not support refugees, antisemitism in America was growing. In fact, President Roosevelt was often mocked for having Jewish cabinet members. Sometimes nicknamed "Rosenfeld," antisemitic people in the United States referred to his famous "New Deal" as "the Jew Deal" because they believed the president was catering to Jews.

This view of immigration and distrust of refugees closely resembles what is going on in today's world. According to a Gallup poll, 60% of Americans are opposed to accepting Syrian refugees. Many fear the refugees and worry about the possibility of terrorists. However, American officials are not opening our doors to everyone and anyone. Every refugee goes through a thorough security check before he or she is allowed to enter.

As an intelligence official told CNN, "refugees are subject to the highest level of security checks of any category of traveler to the United States. No immigration program is completely without risk. We continuously examine options for further enhancements for screening refugees, the details of which are classified."

"The interagency processes for screening all refugee applicants, including Syrians, has been enhanced and improved over time. USCIS continues to work with the law enforcement and intelligence communities to look for ongoing opportunities for improvements for screening all categories of applicants, including the security checks for refugee applicants," explained a spokesperson for the US Citizenship and Immigration Service.

Many Americans believe our country should refrain from helping Syrian refugees because they are already living in refugee camps with the supplies they need. However, only one in ten Syrian refugees have found shelter in a refugee camp. The rest are spread out, living in dangerous conditions and with little to no supplies for survival.

March fifteenth marked the sixth anniversary of the beginning of the war in Syria. Since 2011, an estimated eleven million Syrians have fled their homes in fear. While six million are displaced within Syria, another five million refugees are seeking shelter from the war. Of these five million, half are children under the age of eighteen.

Syria's problems began with the collapsing of its infrastructure. Between four and five million live in poverty. 70% do not have access to clean water. 95% lack health care. Millions of children are not in school, and have not been in years. According to the Mercy Corps, over 470,000 people have died so far. Of these, approximately 14,000 were children. However, with no food, water, or medical attention, and with the violence of war, these numbers do and will continue to rise.

Syrian refugees are starving, sick, and fearing for their lives. They have lost their homes and in many cases, their families. Just like Americans, they are desperate to keep their families safe. Therefore, they are looking for shelter from the war.

Just like Jews during the Holocaust, they are not finding it. They are being turned away, feared, and left to defend themselves when they cannot.

I am not asking for everyone to open their homes to a Syrian refugee. However, I am asking that everyone take a minute to remember history. By the end of World War II, six million Jews had been murdered, including over one million children.

"Those who do not learn history are doomed to repeat it."