How Suzanne Collins Predicted the 2016 Election

How Suzanne Collins Predicted the 2016 Election

"The Hunger Games" is getting real. 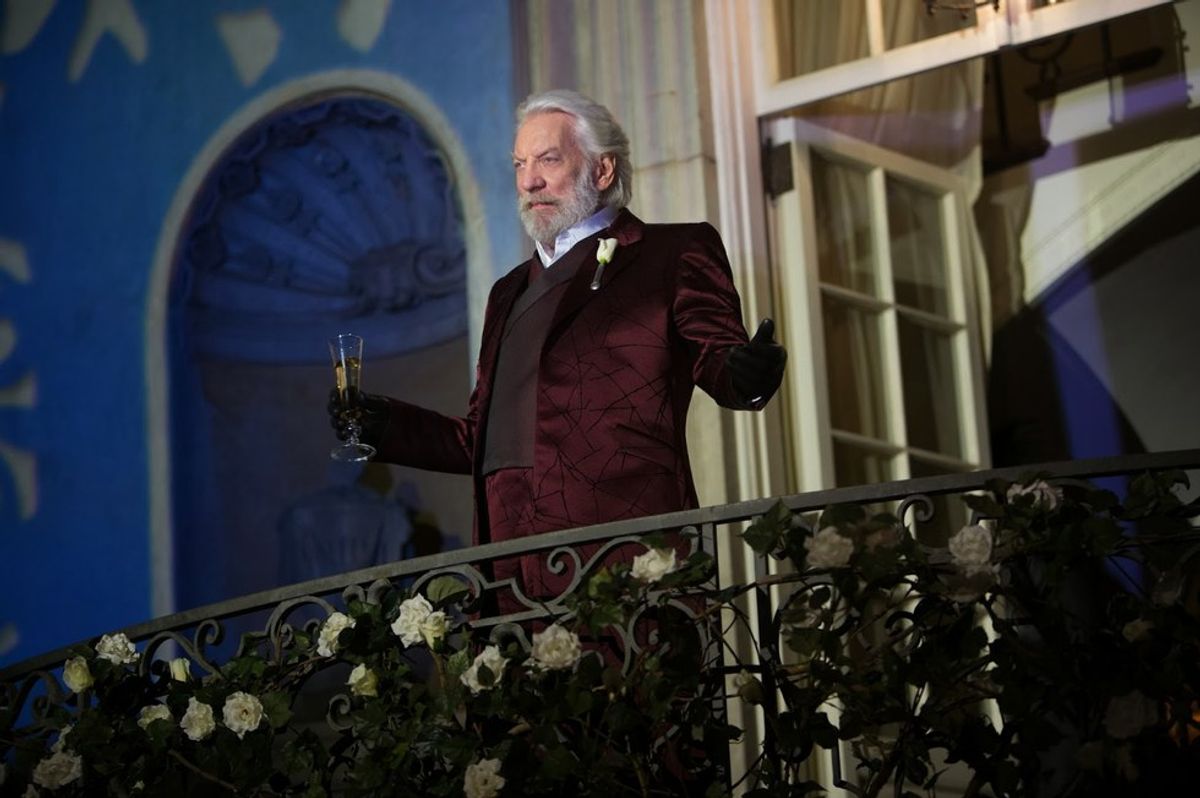 This week is a notoriously big week in the 2016 Presidential Election. With California (which is worth over 600 total delegates) voting on Tuesday, the election could turn around for an underdog democrat, or could fall into the hands of the frontrunner. On the Republican side of things, Trump pretty much has everything in the bag, since his challengers have ALL suspended their campaigns and basically conceded to him; although, it may be a good chance for Cruz to grab some more delegates after the comments Trump made about the Hispanic judge overseeing the Trump University lawsuit.

The race is certainly terrifying and wacky. It's like no other election our country has EVER seen before, which, of course, got all of us avid readers thinking: Where have we seen this before? Rachel, a rising sophomore at Southeast Missouri State University has the answer: Suzanne Collins' The Hunger Games.

Basically, Collins predicted the 2016 election in an amped-up, fantastic way with her best-selling trilogy. If you think about it, every candidate has a near-perfectly corresponding character based on character traits, motives, and standpoints. If you're not picking up what I'm putting down, let me explain in a little more detail, starting with our major characters.

Really stop and think about this; They both favor the rich elite to (literally) anyone else. They scheme and lie, and would let other go hungry or killed for their personal gain. Trump will let the poor work hard all their lives and never reward them, just like the miners of District 12. Disagree with his policies? He'll just blow you up, like District 13. Right down to the unnerving smile and extensive measurements to preserve youth (that ultimately fail anyway), they are the same person.

He started off watching from afar as Mayor of Burlington, trying to keep his little piece of the world well, just like Katniss. He did a lot of things the big government didn't like, a lot like Katniss. Then, his Hunger Games began, first as a senator, then as a presidential candidate. He revealed to the world how messed up the system really is and started to fight it. He is an icon for the "political revolution," much like the Mockingjay herself. Win or lose, things will be different because he was a part of this election - nearly identical to Katniss and her part in The Hunger Games.

At first, it looked like Hillary and Bernie could work together and do something good. But, as we got further and further into the race, it became apparent that Clinton was willing to play much, much more violently to get what she wanted. This was exactly the case with President Coin. She was just as bad as Snow, and that's why Katniss ultimately made the decision she did in the end.

Even Green Party candidate Jill Stein had a place in The Hunger Games. She's part of the race, like Peeta was part of the games, but her goal is the same as Bernie's. She's even encouraged the voters of California to vote for Bernie, like the countless times Peeta tried to rescue Katniss.

Overall, I think Suzanne Collins must be psychic to have so perfectly constructed characters that exhibit the same traits and behaviors of the 2016 presidential candidates. Whether you believe she's seeing the future, or she's just politically savvy, or this entire thing is just an elaborate coincidence, there's one thing you should remember: The book didn't end well for two of these characters, and I have a feeling the same thing could happen in the event of their corresponding candidate's presidency.