Being A Millennial Republican Means Being Oppressed
Odyssey

Being A Millennial Republican Means Being Oppressed

And honestly, I freaking love it. 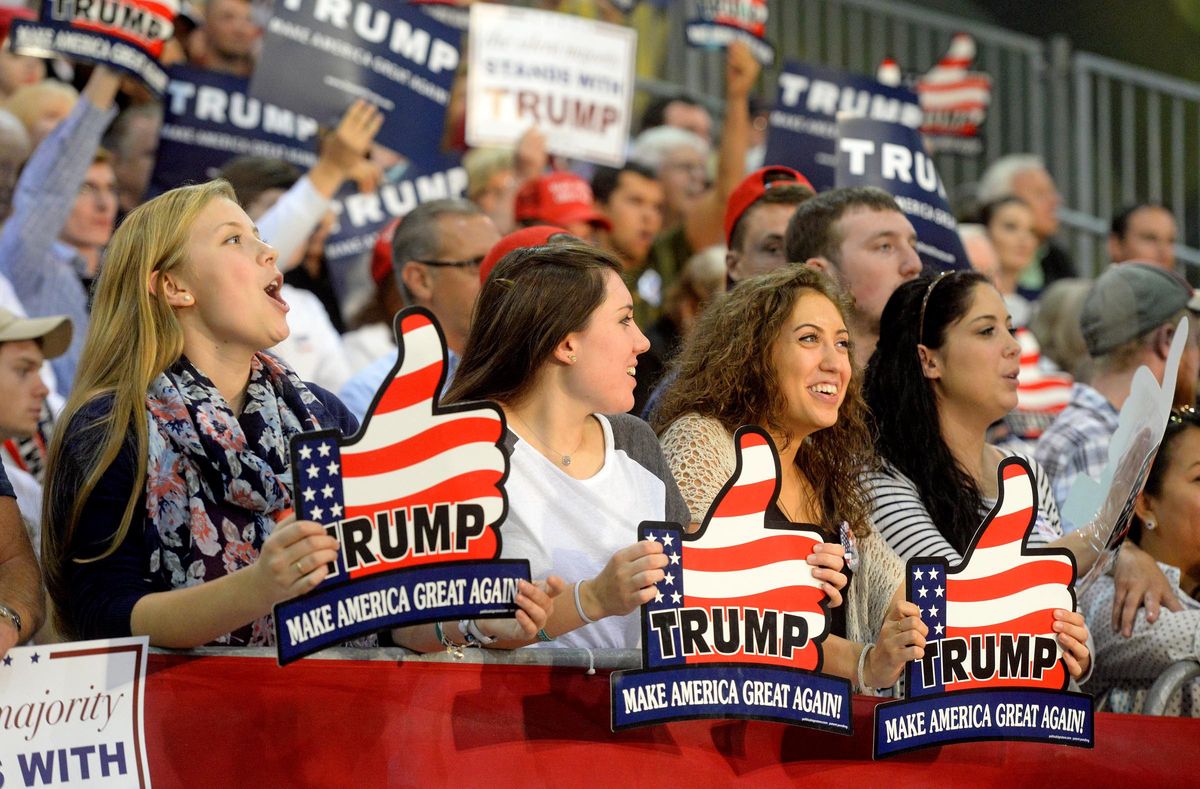 Typically I don’t waste my time writing response articles, mainly because there are so many articles I don’t agree with that I’d end up having a portfolio entirely composed of "response-only" articles. However, this week I came across an article called “Stop Complaining About How Hard It Is To Be A Millennial Republican,” which, to say the least, was comical. This article encompasses exactly why it is so difficult to be a Millennial Republican nowadays, and I’ll tell you why. This author evidently does not listen to what her peers have to say, and instead wrote this entire article about what she thinks Millennial Republicans are rather than listening to what they have to say and hearing them out. Since she felt that listing off each of her points was most effective, I’d like to do the same.

SEE ALSO: Wow, It Must Be So Hard To Be A White Conservative Christian

We will not be silenced.

Ms. Martian uses her first point to tell Millennial Republicans to “shut up” because, as per usual, she evidently can’t handle hearing an opinion other than her own. As a college student who has strong ideals that typically align with the Republican party I am constantly ostracized for my opinion, and it is hard. Furthermore, she goes on to say that we elected “the most uneducated, ignorant, bigoted, incompetent person ever.” And that it’s not okay for us to say it's "not all Republicans."

First off, regardless of how you feel about Trump's political stances, he is far from uneducated. As a graduate of the University of Pennsylvania, Trump is actually quite educated. He is an extremely successful businessman and is worth more than most people will ever be. His "incompetency" isn’t validated just because you’re probably upset that he pulled out of the Paris Agreement or that he tried to repeal Obamacare.


Granted, Ms.Martian makes it out that she is an independent, which I think is a fair stance to have in today’s political climate. However, as a Millennial Republican, if I say I am independent I am asked of my views, and since a majority of them tend to lean more right I am still judged. It’s easier to pick one of the two major parties rather than go into an in-depth discussion on how I am pro-choice and anti-planned parenthood. She further writes that if we want to stop being called "sexist" then stop aligning with a party that tells women what to do with their bodies.

Well, Ms. Martian, stop telling taxpayers that they have to pay for your abortion and birth control.

See how much it sucks to be told you have to do something?

Hold your laughter until the end.

Ms.Martian dedicates her third, and perhaps most comical, point to opinions. She notes that while everyone is entitled to an opinion it doesn’t mean that their opinion can dictate law. She writes of how “Republicans want to start dictating other people’s lives and freedoms.”

Republicans don’t try to control anyone’s lives. Ms. Martian uses gay marriage and reproductive rights as her example of how Republicans apparently want to control everyone. Listen, gay marriage I’ll give it to you, Republicans in office were not eager to support the new law. As a supporter of love, I don’t care who wants to get married. Congratulations! In the eyes of the law, it's legal and it’ll remain that way.

But reproductive rights, really? You’re mad that Republicans hate being forced to pay into Planned Parenthood which literally conflicts with people's religious beliefs and goes against their first amendment because they don’t want to pay for a service that provides abortions and birth control?

Seems a bit backward to me don’t you think?

No, we did not elect a man who thinks minorities inferior.

Your ignorance is showing! Ms. Martian devotes her fourth point to what she believes are the main tenants of republicanism.

She claims she knows that not all Republicans “think(s) it’s okay to grab women by their genitals or that minorities don’t deserve the same exact rights as anyone else.”

Well, Hannah, I know all ‘independents/liberals’ aren’t as stupid as you. First off, Trump's remarks about grabbing women were disgusting and inappropriate, they were also equivalent to that of my high school guy friends (all of whom were very liberal).

Yeah, it was wrong, but it was over a decade ago, in private, and quite frankly not a deal breaker in his campaign. I speak for all Republicans, actually all Americans, when I say this: Which elected Republican has ever said or insinuated that minorities don't deserve the same rights as everyone else?

And no, a minority is not an illegal immigrant in case that is what you were referring too. Still, no Republican I know (and I know plenty) would ever, ever think that. In fact, I know a ton of Republicans that are minorities, not to mention Marco Rubio and Ted Cruz, and yet they’re still Republicans. That statement was so factually incorrect, wrong and quite frankly offensive that I am surprised you even included that in here. No sane person believes that minorities aren’t equal (did I mention I am Republican?)

And no, there is not a man in the white house who believes that either. Trump has never proposed or insinuated any type of legislation or action to strip minorities of any rights, mainly because no sane person feels that way. You mention that there are people living in fear every day because of Trump, and based on this I think you mean illegals, who, speaking legally, have no right to be here. If that’s what you were referring to with your above quote you should’ve made that explicitly clear. And if that is, in fact, what you were referring to...

How can you get mad about us Republicans wanting to enforce the law? I mean, c’mon.c’mon.c’mon.

People like you have ostracized me, and millions of others every day. While you conclude that differing opinions on fiscal policies are totally valid (because you get to determine what’s a valid opinion or not) you also note that Trump and Pence put “Nazis and racists” in their cabinets. Well for starters, there are no Nazis in the cabinet. Just because you don’t like that Christians don’t believe in gay marriage doesn’t make who they elected Nazis. Trump is a racist, you’re totally right, that’s why he appointed a white supremacist like Ben Carson as Housing Secretary.

I like to call myself an independent because I do have some liberal viewpoints, and I’d assume that any level headed person tends to think rationally, leaning toward the middle. Still, when I tell people I am a member of the Republican Club on campus or that I voted Republican I am shunned, I am ostracized and I am mad.

I don’t apologize for my ideals, mainly because they don’t hurt anyone. I don’t apologize to you or anyone else because I elected a man that made me feel like he loved America. I am a Millennial Republican begging you to stop being so naïve, judgmental, and biased. I am a Millennial Republican telling you that the same reason you get mad at conservatives for grouping liberals together as snowflakes is the same reason I am mad at you for portraying a majority of Republicans as racist, sexist bigots.

I am reaping what I’ve sown, and guess what, I FREAKING LOVE IT.

Have a blessed day in the best damn country there is!

A Millennial Republican.
Report this Content
This article has not been reviewed by Odyssey HQ and solely reflects the ideas and opinions of the creator.