Stresses Of Taking On Both Roles In Parenting

It never gets easier, you just grow stronger. 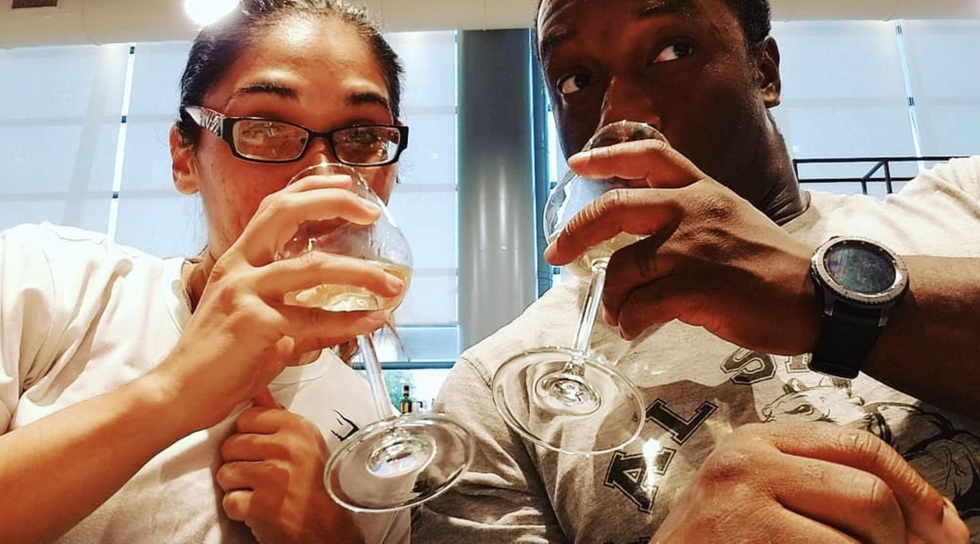 Before kids even entered my thought process, life was pretty much simple. The only worries I had to deal with were my own. Any stressors impacted me, myself and I. No one else would be caught in the crossfires if something were to come up. I fed myself on meager meals without a worry of making alternate meals in the case of the ever-classic picky eaters.

One trip to the toilet, one urine sample later (let's be real, four tests later, two with the lines and two with the word in the case I was too daft to understand the first two tests), and one painstaking minute later told me this: life was about to get complicated.

I was on the verge to single-motherhood. I never saw myself as a mom, so when I found out the news, I panicked.

At the time of this pregnancy, I was in the Air Force. My career was still fresh and my schedule hectic. The military is not single-parent friendly, especially the career I was in: Security Forces.

This career required a village, and that was something I did not have. I was isolated from my family, and the friends I had were in the same field. This meant we had the same conflicting schedules.

Another big factor would be that the father of my baby was stationed overseas and an entire eight hours ahead of me. Any help he could provide would not be what I needed at the present time.

I needed to start planning.

The baby was only a few weeks in utero, but even that early on, plans needed to be set in motion. I needed to think about childcare. I would soon be holding a young life in my hands. I would no longer be responsible for just me.

The tables changed and I knew from now on, I would not be putting myself first any longer. What I wanted would come second. I did not begrudge that truth but accepted it and the many challenges that came my way.

In the seven years since diving into single-motherhood, I separated from the military, I married the father of my daughter, I moved to California and gave birth to a son. My family of two grew into a family of four. My husband was still in the military and subject to the demands that came with it.

Since my marriage, single parenting was a thing of the past for me. For my husband, it was just beginning.

For a period of time, I was employed with the California Highway Patrol, which required a higher demand of commitment than when I was active duty military. My husband was extremely supportive of my decision to join the state police. He understood that there would be demands placed upon me, requiring him to take on the role of mom and dad while I was away.

When I was accepted into the academy, I knew I would have to be away from home during the week, my only time with my family being on the weekends. Those two days were never enough time to get my fill of my family, but it was a breath of fresh air after I had been drowning under the demands of the academy life every minute of the week. I took those two days and lapped it up.

Unfortunately, for me, I did not see the effects of my chosen vocation as they were to my husband.

Like any man wanting to support his wife, he did not let me know how tough it truly was on him, having to schedule his hectic job with two young children and two dogs. He worked as a cop in the military. The schedule for a cop is demanding even for those single Airmen who only had to answer to themselves.

For my husband, it was 10 times harder. He worked the night shift and would have to account for our kids and dogs when he was off.

So, when did he sleep?

The truth was, he lost sleep during this time. There were moments where he would doze off at the wheel while driving and would need to pull over. And he did it for me. He took on that responsibility and told me to not worry about anything. His words to me were this, "I got this."

I truly did not know how bad it got for him until he finally mentioned us needing help. Five out of the seven days of the week for six months, I was away at the academy.

My main focus was to pass the academy and enter into the field training program at an office close to home. I didn't see what my husband was experiencing.

I only saw what he chose to show me.

Of course, his internal struggles never came to light during that time.

I failed out of the academy a couple weeks shy of my graduation and went back home broken-hearted. I felt like a failure. But I returned home. And still, not a word was said from him.

I told my husband that I wanted to try the academy one more time. Even then, after being home for a few weeks, he stayed quiet.

Who knows the internal battle he was facing?

Should he tell me to go for my dreams or to quit?

He could have said that I had already failed once. Maybe my failing meant that a career in law enforcement was not in the cards.

Instead, he told me to try again. If it was something I really wanted to do, he would support me.

He put himself in last place only to make me happy. With the after result being near catastrophic.

During the academy, I only saw my family on the weekends. When I graduated and reported to my field office in Napa, CA., I saw them even less. This separation put a strain on the marriage.

A strain neither of us acknowledged.

Communication lagged between us. When I was home, he was at work and vice versa. We were like roommates sharing a space but never really seeing each other.

I say this now, but at the time, I thought far from it. It was fortunate for me that I did not make it past the field training phase with the CHP. I believe it was God's way of telling me this path I yearned to take was not a path I should take. There was too much on the line if I had continued down this road, and my failing was truly a blessing in disguise.

Since then, we were able to climb out of that dark hole and work on strengthening our marriage.