Things are hard. Things are mentally taxing. But things are necessary. 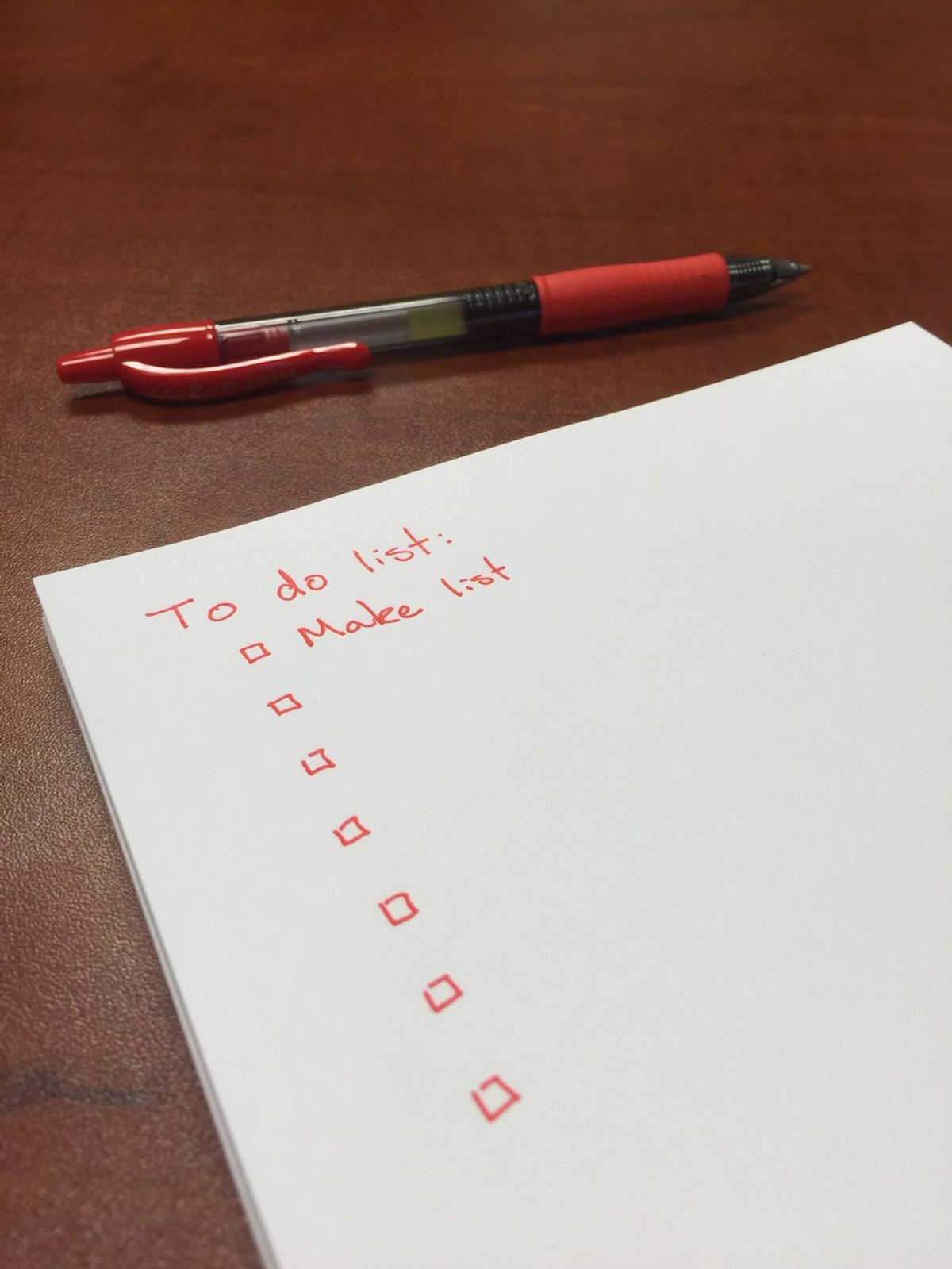 Hey, you. You have things to do.

You should start one of the things. Like right now. Seriously, though, what is it that’s really holding you back from checking off those items on that list you’ve been playing over and over again in the back of your head?

No, there is no other something at this current moment that requires more attention from you than the thing you should be starting. No, nothing’s changed on Facebook, Instagram, Twitter, or any other social media platform that you could choose to distract yourself with. You can see who’s liked (or hasn’t liked) your picture later. You can like (or passively not like) someone else’s picture later.

Yes, the kitchen should get cleaned, but that’s not what you’re focusing on right now. Yes, your closet could get organized, but that’s a task for another hour. Think about it. Isn’t it a little funny how cleaning doesn’t seem to call your name until you choose to hear it over your planner’s voice?

Procrastination is a tricky thing to deal with. I should know. Sometimes I catch myself pretty much just mentally sitting back and watching myself actively avoiding something I really have no reason to avoid. Homework, for instance. Or bills. Or just texting people back. Checking emails. Doing laundry. Etc.

Anxiety and stress have this way of convincing some kinds of people (like me) that avoiding life’s tasks is temporarily okay literally all of the time (which obviously makes zero sense from an objective standpoint, but that’s erroneous because in the moment one chooses to avoid something, sense isn’t actively considered either).

If reading this article is making you feel uncomfortable, that's probably because you’re like me (lol sorry). You don’t like being told what to do, right? Even if you’re the one telling yourself to do the things. Sometimes I find myself literally tuning my conscience out so I can continue mindlessly scrolling through my phone in peace.

But things are necessary.

Repeat after me. Things. Are. Nec.Es.Sary.

Guess what? Regardless of whether you pay attention to it happening or not, the deadlines for the things will get closer and closer; the people you avoid with drift further and further; the accomplishments you pride yourself on will feel lesser and lesser. Scary. I know. Things are scary.

I haven’t even gotten to the worst part yet. Anxiety’s bite will increase in strength the longer you choose to avoid feeling it. The longer you manage to let life’s responsibilities build up behind the scenes of your procrastination, the less mentally armored you’ll feel when finally facing them.

So choose. Are you going to do the things now, and decide to face your current allotted anxiety that you’ve racked up for yourself? Or will you continue your avoidance, and deal with an even larger amount of anxiety in an undetermined amount of time?

I’ve had to force this decision on myself more than a few times. Lately, I’ve been trying to tackle my own anxieties and sort out the pile of responsibilities I’ve been mentally hoarding for however long. I’ve learned to pinpoint the mental processes by which I tend to begin enabling my own avoidant behavior.

For example. I love to write things, whether they be works of fiction, poems, narratives, articles (hey), etc. At times, though, I’ve found myself avoiding this activity that I love. Why? Because there is no reason why.

That was a lot, I know, but do you see what I’m getting at? Upon attempting to hold myself accountable for these kinds of destructive thoughts, I’ve determined that my anxiety convinces me that I’m thinking too much about too many things. It tells me that it’d be easier to just quit while I’m not ahead yet, such that I don’t have the capability to fall back because I never attempt to get ahead in the first place.

That’s called avoidance, fam. Don’t let yourself get to you like that. Call yourself out when you find yourself thinking destructively. Don’t let yourself convince you that cleaning your kitchen is more important right now than the thing you’re passionate about, or the thing you’re responsible for, or whatever thing that just needs to be done for you to be a functional human of society who balances inevitable anxiety in a healthy and productive manner.

So, with that all being said, what are you thinking about right now? What thing is ringing in your head?

Go do that thing.

Do it now. Seriously, though.