7 Statistics That Will Make You Say "Time's Up!"
Odyssey

7 Statistics That Will Make You Say "Time's Up!" 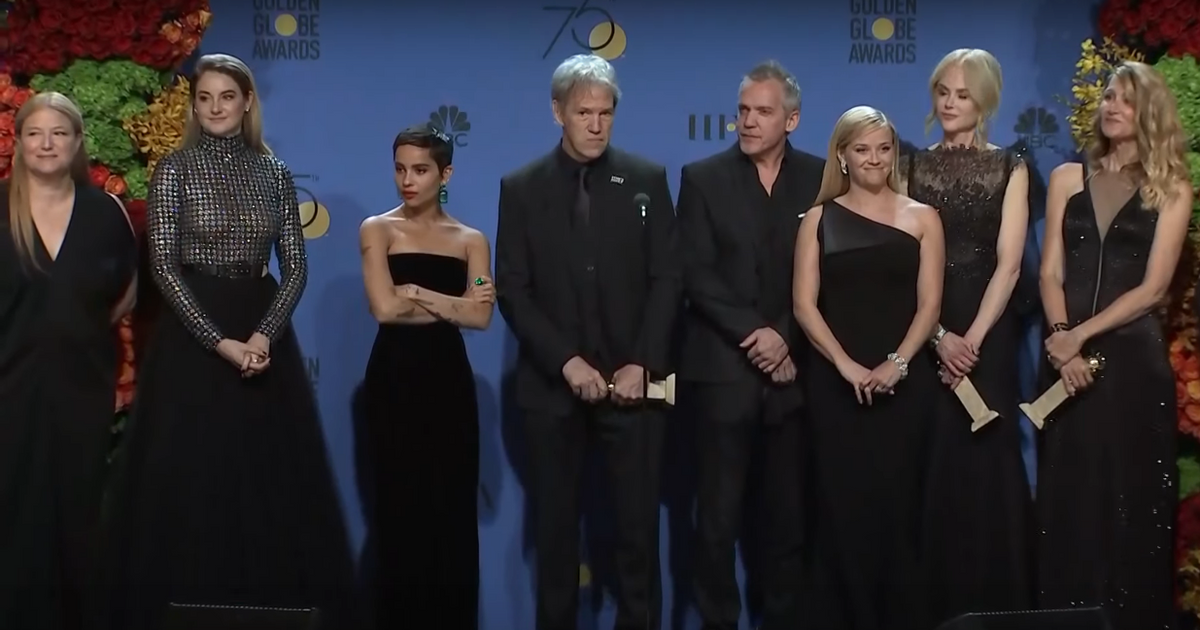 1. Meeting a successful female director is like finding a needle in a haystack.

Dr. Stacy Smith, a researcher at the USC Annenberg School for Communication and Journalism, conducts research studies on mainstream films to analyze representation of gender, race, sexual orientation, etc. in order to inform the public on these issues and inspire change in the industry.

Two years ago, Smith and her team analyzed the 1,000 highest grossing films of 2007-2016 and found that only 4 percent of the directors in those 10 years were women.

Do the math: that means that ONE female director out of 24 directors got a shot at directing a major studio film! (ONE!)

2. Women of color are not given enough opportunities to tell their stories.

Dr. Stacy Smith also uncovered another shocking truthin her research: only six women of color in the top grossing films of 2007-2016 held the role of director.

Yes, you read that right: SIX.

As in, only three Black women, two Asian women, and one Latina woman got to sit in the director's chair on a movie set in those nine years!

3. Who can young girls identify with?

In order to efficiently analyze female representation, the Geena Davis Institute on Gender and Media, along with Google engineer Hartwig Adam, invented the GD-IQ (Geena Davis Inclusion Quotient), which is audio-visual recognition software for the purpose of film research.

This was inspired by Davis's realization in 2008 that many of the films and TV shows that her young daughter was watching did not feature as many female characters. And with some research, Davis ended up finding that male characters actually outnumber females 3:1 in family films!

Davis was appalled—and she became determined to take action in shifting female representation in media.

The GD-IQ employs facial and voice recognition technology to determine if: (a) females have speaking roles and (b) receive enough screen time in mainstream films and TV. Which is a HUGE advancement for researchers aiming to measure female representation in media—especially media consumed by young girls!

Since 2008, some things have changed—and some things haven't. The creation of the Disney Junior program "Doc McStuffins", for example, might be a product of Geena Davis Institute's research and impact—they even went as far as featuring Davis on the show in a role that reflected the values of her organization!

On the other hand, Dr. Stacy Smith found that in 2016, females only made up 30.8% of speaking characters in animated films, as well as 20.3% in action-adventure films.

So until we remedy the lack of female characters for young girls to identify with, we have more work to do!

Over at San Diego State University, Dr. Martha Lauzen researches the top grossing films of each year, and shares her findings annually in the publication of “The Celluloid Report”.

She found that in the top 250 highest grossing films of 2017, only 18 percent of women held key creative roles in the film production team: directors, screenwriters, producers, etc.

OH, AND THIS HAPPENS EVERY YEAR.

On average each year, women only make up 12 percent of screenwriters, 18 percent of editors, and 17 percent of executive producers working on major studio films in Hollywood!


And as Dr. Lauzen also points out in the report, only 12 percent of films in 2017 had female directors!

Among the movies that DIDN’T have a female director, some had female-driven stories such as “Atomic Blonde”, “Girls Trip”, and “Hidden Figures”.

5. Why are roles in the makeup, costuming, and casting departments considered "feminine" jobs?

Allying himself with the cause, Stephen Follows, a British film data analyst, also wanted to conduct his own research on how gender is represented behind-the-scenes. He analyzed the 2,000 highest grossing films of 1994-2013, and he found that women held less than one-third of jobs on those film crews—and those women mainly held jobs in the makeup, costuming, and casting departments.

In those 20 years, Follows notes, the total percentage of females in behind-the-scenes roles barely increased. In fact, the numbers show that the percentage of women in key creative roles (director, producer, screenwriter) had dipped over that time span.

But men have shined as costume designers, and women have made the big bucks as directors, so why do we STILL have this problem of gender disparity??

6. Nearly half of film school students are female...

As Dr. Stacy Smith points out in one of her research reports, film school data is not often made readily available for public viewing; as a result, she explains, it is difficult to determine how the “directing pipeline” fails female filmmakers.

This pipeline she refers to is the route of success for aspiring film directors, which is often:

But research studies, as you know by now, have proven that women don’t find much success beyond the independent film phase of the Hollywood pipeline. The idea in the public's minds is that close to half of film students are female—but this claim is not well-supported by data. The only film school who had offered any sort of transparency was USC’s School of Cinematic Arts—a.k.a. one of the top film schools in the country—in their 2014 brochure. (Although, they did not report these statistics in their 2017 brochure!)

So the question is: if many of the top film schools in the U.S. do in fact have females making up half of their student populations, then is unconscious bias keeping these women from achieving the same successes as their male classmates??

This squashes the often recycled public notion that films with female leads can’t make bank. More importantly, this shows that female-driven films are worth investing in—and there's no excuse not to feature women in lead roles anymore.

To learn more about these research studies (and read the fascinating stories of women throughout Hollywood history), check out these resources:

What do you think needs to be done to bridge the gender gap in Hollywood? Tweet me your thoughts @missjulia1207!