Excelsior, indeed. RIP to the greatest comic book writer ever. 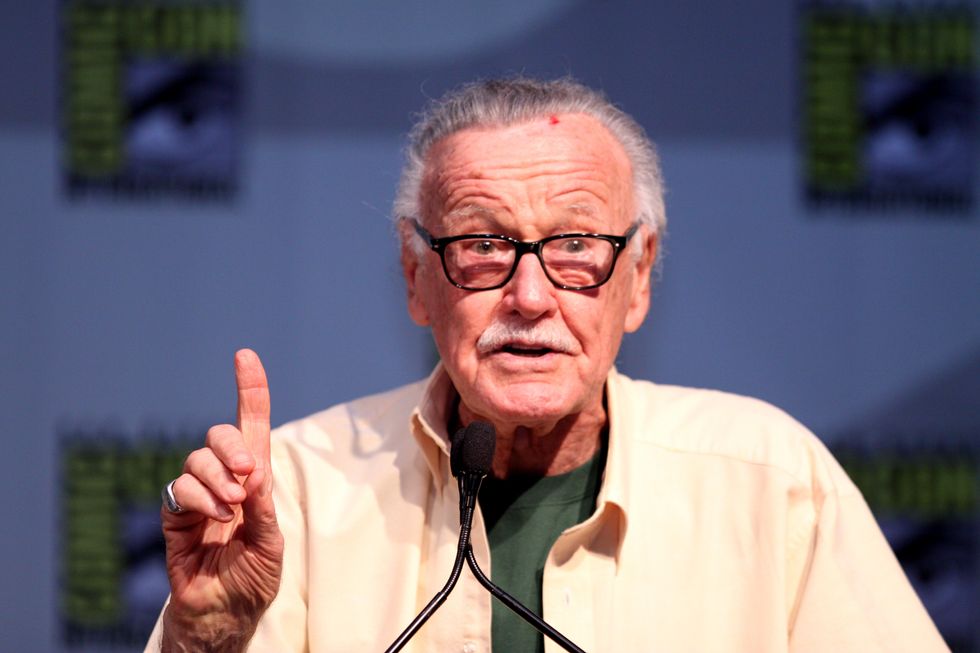 On Veterans Day this past week, we lost a great icon in American lore.

At 95 years, Stan Lee sadly passed away and left an impeccable legacy as being the most famous comic book artist and cameo actor of all time. Creating a variety of characters such as Spider-Man, Hulk, Fantastic Four, and even the legendary X-Men series, Lee remains an inspiration to the comic industry even after he retired. Without Lee, it can be said that Marvel would not be the multimedia conglomerate it is today. In fact, Lee became the figurehead to revolutionize the company in the 1960s and 1970s that would help increase its' presence in entertainment.

Stanley Martin Lieber is, quite possibly, the greatest artist that ever lived.

His works for Marvel changed the landscape of superheroes, including his unique approach to storytelling in comic books. He helped create complex characters that resembled everyday humans who worried about bills, significant others, and even family matters while dealing with a villain threatening the city. Spider-Man, a young man trying to make money in the newspaper business, managed to become one of the most prolific superheroes of all time.

Tom Holland would definitely not be talked about as Spider-Man today if it wasn't for Lee's contributions to the character.

Lee also served in the Army's Signal Corps, another great accomplishment added to his impressive resume. After serving, Lee's career began for Marvel after being interim editor and such for other comic companies. The task at hand: making Marvel just as successful as DC, which was considered the biggest comic company by the 1960s. Lee's characters became more and more popular through his collaborations with Jack Kirby, Steve Ditko, and even Lee's brother Larry. Captain America was reintroduced to new audiences following his incarnation during World War II, while new heroes like Thor, Iron Man, and Hulk helped add membership to the super team The Avengers .

Lee's career in the comic book industry helped redefine the business as a profitable venture as opposed to being starving artists. Comic book sales soared in the 20th Century, Lee becoming a major player in making Marvel a viable company for the industry. He became the public image for the company, appearing at various events and building his reputation as a comic book legend.

Stan Lee is the true embodiment of the 'American Dream': working your dream job and being successful at it, too.

At the same time, Lee was featured in various movies starting in 1989. His cameo in 1995's Mallrats introduced newer audiences to the man who birthed their favorite superheroes and their storylines. His smooth demeanor and suave conversation about love made fans appreciate the man even more rather than the stereotypical 'nerd.' If he wasn't a comic book writer/editor, he would have definitely made it as a great actor.

Lee's movie career didn't end there. In fact, since Marvel started the MCU in 2008, Lee has had a small cameo in every one of them . It's true, Lee has had small roles in every film from Iron Man to Ant-Man and the Wasp , which is very impressive. Personally, I cared a little bit more about what role Lee would play in an upcoming movie rather than what the plot of the film was. He was just that damn good when it came to being a cameo in Marvel movies.

Sadly, we all knew the day would come when Lee would pass on into the next life.

However, we never though about anything more. We cherished his kind personality, his genius in comics, and the overall warmth of this man's heart. Every picture I've seen of him, Lee is always smiling. Smiling about life: his life. He forged a new path of comic book characters while also becoming a character as well. I honestly believe there is not one harsh word that could be said of Stan "The Man" Lee, and we can all learn something from his life story.

Our lives could be a comic book if we just have the right path to tell the story we want to tell. Lee just did it before anyone else. Rest in Paradise, Stan Lee.

Excelsior, indeed, old friend. See you in the next life, Mr. Lee.