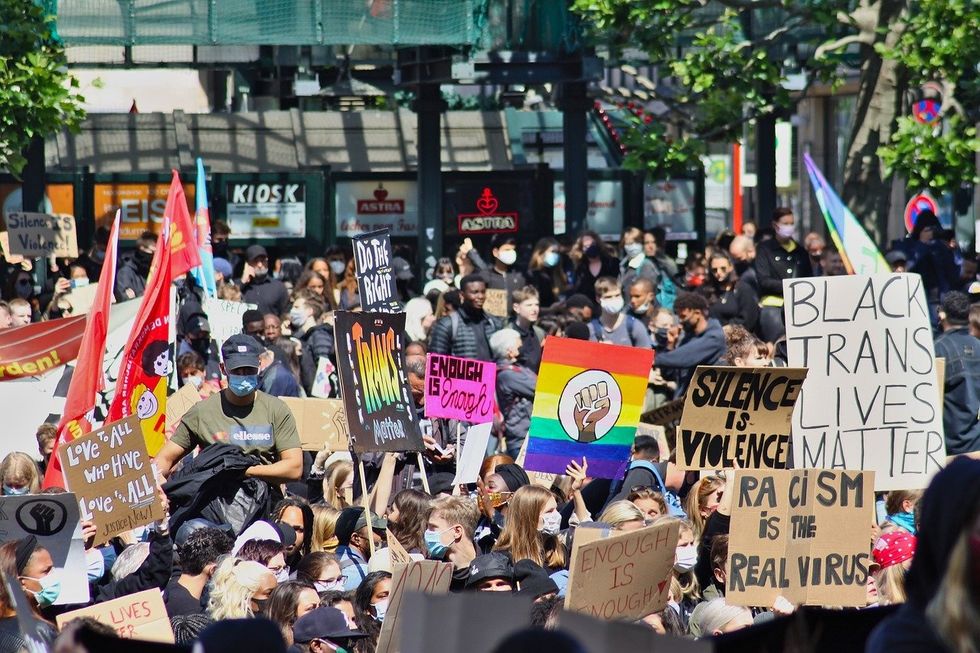 In a powerful effort to make a stance the NBA, MLB, WNBA and NHL teams are boycotting games in an effort to enhance change as a result of another brutal police brutality against a Black American.

On Sunday, August 23, 2020, Jacob Blake was shot by police in Kenosha, Wisconsin after attempting to split-up a domestic situation between two neighborhood women. As Jacob Blake walked away from the scene to his car, an onlooker's video shows Jacob Blake being shot in the back a total of seven times as he bends towards his car.

As the world faces the pandemic that caused short sports seasons, all sports teams are using their platforms to stand against police brutality.

On Wednesday, the NBA's Milwaukee Bucks decided to delay their game against the Orlando Magic. Through their action, other sports organizations also canceled their own games as a form of protest. One example includes the WNBA who made the decision to stand in solidarity with the NBA by not playing their games on Wednesday night.

In Major League Baseball, the Milwaukee Brewers and Cincinnati Reds game, the Seattle Mariners versus the San Diego Padres and the Los Angeles Dodgers versus San Francisco Giants are no longer happening. Famous tennis star, Naomi Osaka, also chose to not participate in her semifinal game in the Cincinnati Open.

The Major League Soccer organization also has postponed five of their soccer games, excluding one that was already in play as the boycotting decisions went throughout the sports world. During a live broadcast of Emmy winning sports game after show TNT's, Inside the NBA, Kenny Smith who is a former NBA player himself, also walked off set in solidarity with the protesting NBA players.

Several NFL teams also boycotted by not practicing including the Colts, Jets, Titans, Cardinals, Bears, Packers, and Washington to focus on discussing social justice issues. Athletes across organizations are also using their social media platforms to take a stand against the latest event of police brutality.

In addition to the Jacob Blake shooting, at a protest where the shooting occurred in Kenosha, Wisconsin, Kyle Rittenhouse shot protestors killing two protestors including 26 year old Aaron Huber and injuring many others. Critics of the protest states that they would like athletes to stay out of politics, but in my opinion these protests speak volumes to using their platforms to speak against injustice by initiating a deafening silence of no sporting events

Hopefully, this will be a call to action on the global stage for police reform and retraining as athletes bring light to how severe the issue of police brutality in this country is as well as the need for social justice across the world.

Here is how you can help the cause: Contact Kenosha administration and demand the arrest of those involved in the shooting. The Kenosha City Attorney⁣⁣ contact is: 262-653-4170⁣, webcityattorney@kenosha.org or City Attorney Edward Antaramian at eantaramian@kenosha.org. You can also contact the Kenosha Mayor and City Administration at 262-653-4000⁣⁣ or Email: mayor@kenosha.org or info@kenosha.org. In addition, the Kenosha Police Non-Emergency Line: 262-656-1234⁣⁣ and the Wisconsin Department of Justice:⁣ 608-266-1221⁣ are available too.

You can also donate to Jacob Blake's personal GoFund me, sign petitions such as this one: Color of Change and of course, protest.