Someone I Love Is Voting For Trump And As A Mexican Lesbian, I'm Angry, I'm Tired, I'm Scared

Someone I Love Is Voting For Trump And As A Mexican Lesbian, I'm Angry, I'm Tired, I'm Scared

I know it's dramatic but I can't help it. I am hurt and angry. 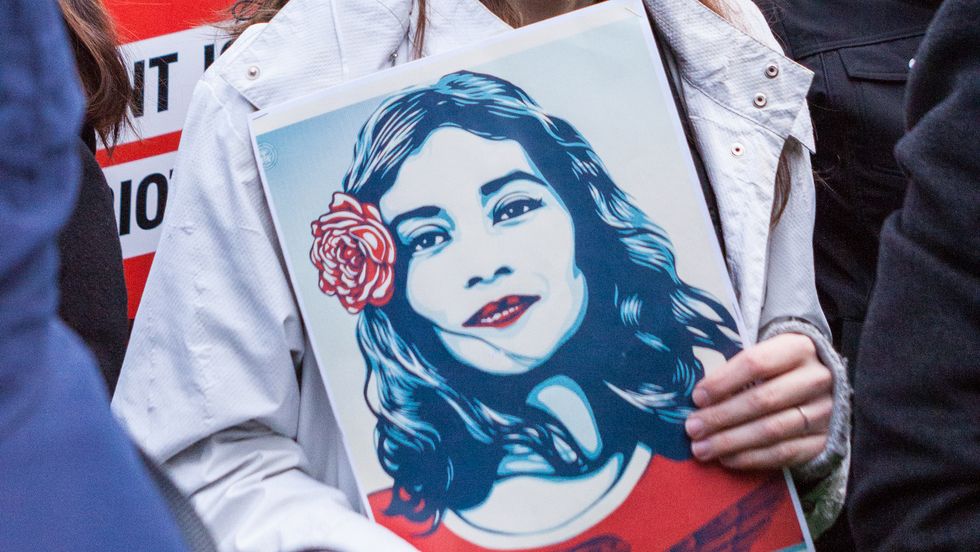 The other night as I was scrolling through Instagram, I realized it had been all day and I hadn't watched anyone's story. So I scrolled to the top of the page and clicked the first story that I saw. It belonged to a family member. They were sharing a video titled “Black People For Trump."

At first, I was taken aback. I watched the video just to make sure that it wasn't some joke or maybe it was informative, but it wasn't. It was a video of people talking about why Trump is legitimately good for this country (with no facts — just opinions or facts that have been proven wrong).

I stopped the video, ran to the toilet, and I threw up.

I know that's dramatic but I couldn't help it. I was hurt and angry.

Let me take you back to four years ago. I was not old enough to vote and not nearly as informed as a young adult should be. My cousin, well into his 20s, sent a group text to our whole family. It read, “I wanted to reach out to you all and tell you that due to religious reasons, I will be voting for Donald Trump in the upcoming election..."

Blah blah blah. The message went on and on about how Trump is the only candidate who believed what he believed. Which leads me to the question: What is that you believe?

... That Black Lives Matter is the movement that's racist and not the people killing them?

... That women shouldn't have control of their own bodies?

... That innocent children deserve to be separated from their families?

... That innocent young men and women deserve to be shot and killed by the police on the street?

... That my brother deserved to be shot and killed by the police because he was mentally ill and didn't even understand what was happening?

The man he's voting for defends people like the people who killed my brother.

Nonetheless, I kept my opinion to myself. I talked to him at family gatherings, I went to his house and said hi to his mom and played with his dog. I invited him to run errands with my sister and me. I loved him unconditionally because he's family and I didn't want to be rude. I didn't want to hurt him and cut him out of my life. I tried so hard not to hurt this person that has no problem continuing to support a man that will only cause harm to me and the people that I love.

So why am I surprised as I sit here four years later gripping my toilet bowl fuming with anger at this news? Why am I not surprised that everyone still supports this decision? Why does this time hurt so much more than the last? And why can't I forgive him anymore?

I approached other members of my family to ask what their opinion on the matter is. I've been told things like...

“I think you're being a bit dramatic."

“It's just how he was raised."

“You have to understand, he's a cop."

“He's family, and you should love family even if they have different views than you do."

But I am tired.

I am a woman of color and I am gay and I am scared and I am tired.