Being A Snacker Isn't Unhealthy

Newsflash, Being A Snacker Is Not As Unhealthy As You May Think

It's actually a very sustainable way to live. 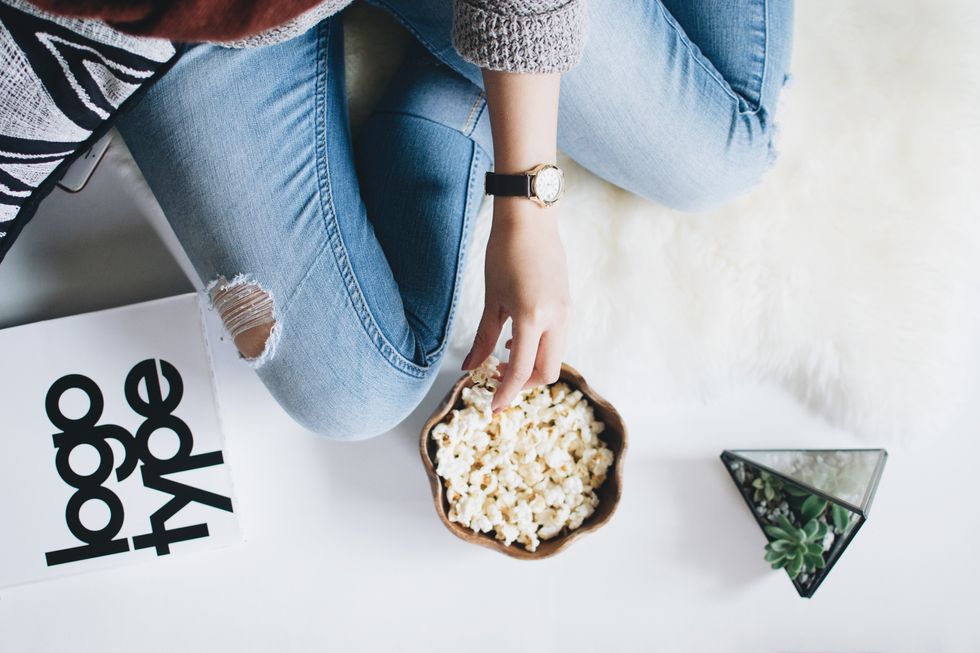 I am a snacker.

Throughout the day, I enjoy a bunch of what I like to call "mini-meals," skipping large portions and sometimes dinner or lunch altogether. I am the person that will have four bites of a meal and be done, but be hungry two hours later. I never saw a problem with this, but as I have gotten older, I have received constant ridicule from friends and family for my lack of proper eating. So, I decided to do some research, in hopes of proving them wrong.

When I began my research, I began where all people my age do, on the internet. I quickly came across many five to six small meal diet plans, from places like WebMD, Healthline, Livestrong, Dr. Oz, and more. As it turns out, eating five small meals a day has the potential to be very beneficial to your diet. According to WebMD, five small meals allows one to even out their appetite. It leaves the stomach content, but never too full.

Small meals and constant regimented eating allows your metabolism to stay active throughout the day while evening out blood sugar levels and giving one constant steady energy.

Cleveland dietitian Amy Jamieson-Petonic explains that about every three hours without food, your blood sugar begins to drop, and after four hours, your body has fully digested whatever previous meal you had. This, in turn, will actually increase hunger and cravings in order to refuel your body. Therefore, once your body's sugar levels have plummeted so far, you not only have to get back up to the minimum levels but surpass the shock your body has been in without that sugar.

The next thing I began to question was calorie intake.

Depending on body weight, one should be eating roughly 1,500 to 2,000 calories per day. Now, if I was to break this up into three 600 calorie meals or six 300 calorie meals, I am technically eating the same amount of calories, but how will this affect my diet? First, eating five to six small meals puts your body on a schedule. It trains your stomach and metabolism to know that every so often it will receive a sufficient amount of nutrients to keep it going. When you eat only three large meals per day, your body has a harder time getting on this regimen, especially when the calorie intake is different.

Looking at the calorie intake from just a health standpoint, many say that there is no large difference in the number of meals since you are fueling your body with the same amount of nutrients. This seemed to make sense to me, but I thought about my hunger throughout the day. On lazy days, I know that I am not working off as many calories as a day that I would go to the gym or work, so Healthline revealed the correct ways to eat on these days.

For those lazy days, besides the aspect of feeling full, they concluded that there was no scientific evidence claiming three 600 calorie meals or six 300 calorie meals to be better. They did conclude, though, that on the days I am working out and doing things, I need the energy to do them, and in order to do those, I need to supply my body with the correct amount of nutrients. They suggested eating a meal before and after activity so that I am not only fueling my body to work out, but also fueling my body after to get through the rest of the day. When I do this, I am actually telling my body to continuously burn off fat, knowing it will eat soon, instead of storing it to complete other tasks throughout the day.

After my research, I have come to the conclusion that my eating habits are not unhealthy, and neither are my friends' and family's, as long as executed the correct way.

With any type of diet, one should not eat a surplus of sugar, protein, or carbs. Eating three meals a day sometimes makes this easier to accomplish because you have one plate where you can see the amount of protein, vegetables, and carbs present, but this is also possible with snacking. By preparing different mini-meals or snacks, I can eat the way I like to without being harmful to my body.

So, if you are like me and love to snack, here is a list of some of the best snacks I found, which can be meals under 300 calories:

5 Characters From Your Childhood That Combated The Mental Health Stigma

10 Brilliant Ideas That Every Gym Needs To Implement, Like Yesterday