The world needs to rise up to end slavery in Libya. 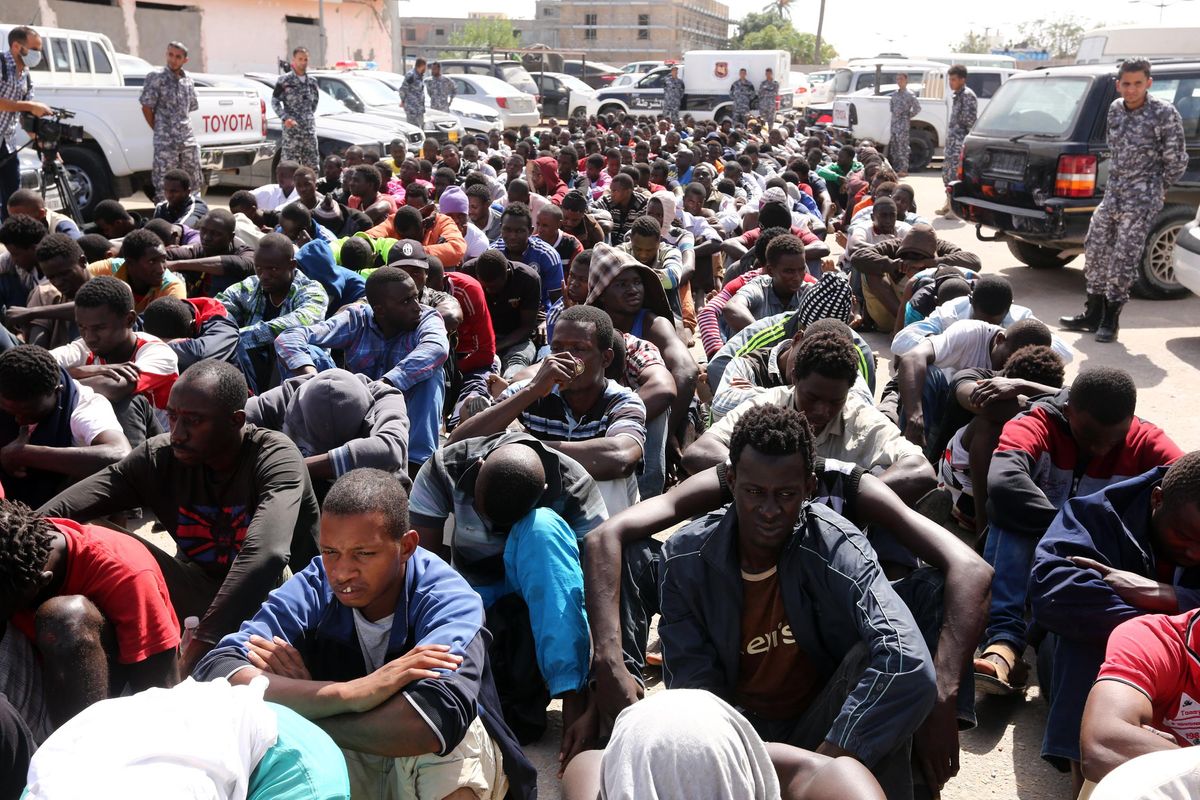 All over Libya, African migrants are being bought and sold today as slaves in open markets. It is barbaric. The plea to the United Nations, world organizations and governments is to help investigate, apprehend and bring to the International Court of justice every smuggler, every seller and buyer of migrants.

Migrants from Ghana, Nigeria, Cameroon, Zambia, Senegal, Gambia and Sudan are being smuggled into Libya by a network of gangsters who promise them a safe passage to Europe. Niger is used as a hub of contraband where migrants first initiate contacts with smugglers for the deal. The smugglers charge migrants between 1000 Libyan dinars (735 dollars) and 1500 Libyan dinars (1100 dollars) per person. Then, they drive the migrants from Niger through the Sahara desert to Libya, which is a long, perilous and deadly journey.

The Sahara desert is a furnace and hell on earth. At times, the temperature soars to 122 degrees Fahrenheit. Some of the migrants who undertake such a journey die of heat exhaustion, thirst or starvation, etc. Only the strong survive. While on their way to Libya, alleged counts of beating, torture and killings are widespread. Once dead, the bodies of migrants are disposed of without a proper burial. Despite the potential risks of death during the crossing of the Sahara desert, the migrants press on, and the trip to Libya goes on intensively every man for himself.

“Many of them ended up being murdered by their smugglers in the open desert or die from thirst or car accidents in the vast Libyan desert," said Salman, a human trafficker.

Once the migrants reach Libya, they are captured and their fate is now in the hands of the smugglers. They are doomed. The harsh reality of Libya starts sinking in. The migrants quickly discover the horror and the cruelty that are in store for them. Europe has become an illusory goal and a destination that can only be seen as a mere horizon that moves further and further away as the migrants even think of it. As Europe is slowly vanishing without a trace, the dreams of the migrants have been shattered, and their hopes withered away. In short, it is hell, and it is lawless Libya.

A former Libyan slave from Cameroon who requests anonymity for security reason tells his story this way. After about a year in captivity in Libya, he barely escaped last year. His dilemma began when in the middle of the Mediterranean Sea his ship was sinking while he was on his way to Europe. The marines who rescued him from the sinking vessel sold him to the Libyan rebels. He became captive.

While in prison, he said to have witnessed rebels killing prisoners solely for their organs. They abused him and forced him and others to commit acts of sodomy. With the rebels turning their basements into private prisons, they inflict torture, beating and all kinds of abuses on the prisoners. He also added that the hard labor he was forced to do is reminiscent of slavery as it formerly was under the French colonial power. Half of the migrants' boats that attempt to cross the Mediterranean Sea, he said, have capsized.

Then, the dead are sent to Libya under the pretext of a proper burial, but it is rather for the purpose of extracting their organs for the international market. The burial site is a mass grave the rebels dig to dispose of useless human body parts. Customers like the Americans and the French sent their ships to Libyan ports, not for oil, but to pick up cargos of human organs. The gentleman concluded by saying that the atrocities in Libya are being committed in complicity with NGOs and major western countries.

The alleged western complicity exacerbates the inhumane situation in Libya. The migrants find themselves forced into a life worse than the one they left behind. What they did not know is that Libya is not a transit point to Europe, as they were told. It is instead the land of hell, slavery, torture, beating, rape, imprisonment, forced prostitution and sodomy.

The migrants' captivity is contingent

upon their ability to pay a ransom for their freedom. Those who purchase their freedom are released; men and women who cannot afford the cost of their freedom are reportedly killed for their organs or left to starve to death or being auctioned like objects. At the auction, buyers take turns bidding on their fellow humans. As in any auction, this or that slave goes to the highest bidder, sometimes for as low as 400 or as high as 800 U.S. dollars, depending on the individual being sold. This is modern-day slavery in Libya today; this is Africa all over again, and this is a shame.

The awful situation of human enslavement in Libya cannot go on. Slavery must be abolished once and for all. It is the duty of everyone, every world organization and government to get involved in combatting this social plague. In the twenty-first century Libya, the human dignity is lost to evil, greed and love of money.

By any means, the world body needs to get involved quickly to rid Libya of slavery and to help restore human's God-given dignity. To achieve this goal, we need to follow in the footsteps of President Abraham Lincoln who freed the slaves in the United States in 1865. and of Haitian heroes like Jean-Jacques Dessalines and Toussaint Louverture, former slaves, who freed Haiti from slavery in 1804.

We need to act like we were once slaves to feel and understand the pain of slavery so we could really empathize with those who are victims of it. Africa is the cradle of humanity and civilization. We are all originally Africans if we go way back to the era subsequent to Noah's Ark and the Great Flood.

This migration of Africans today is likened to that of the first African settlers. As they migrated to other continents, they went through some metamorphism, which results in their pigmentations and their physical appearances being different. Otherwise, we are one; we are all Africans. Those enslaved African migrants are our brothers and sisters. So let us rescue them from the claws of the Libyan rebels, and let us put an end to slavery in Libya and wherever it is happening.

“Those who deny freedom to others deserve it not for themselves," President Abraham Lincoln.