Eight Things I Learned From Sitting The Bench

Eight Things I Learned From Sitting The Bench

Because nobody talks about sitting out of the game. 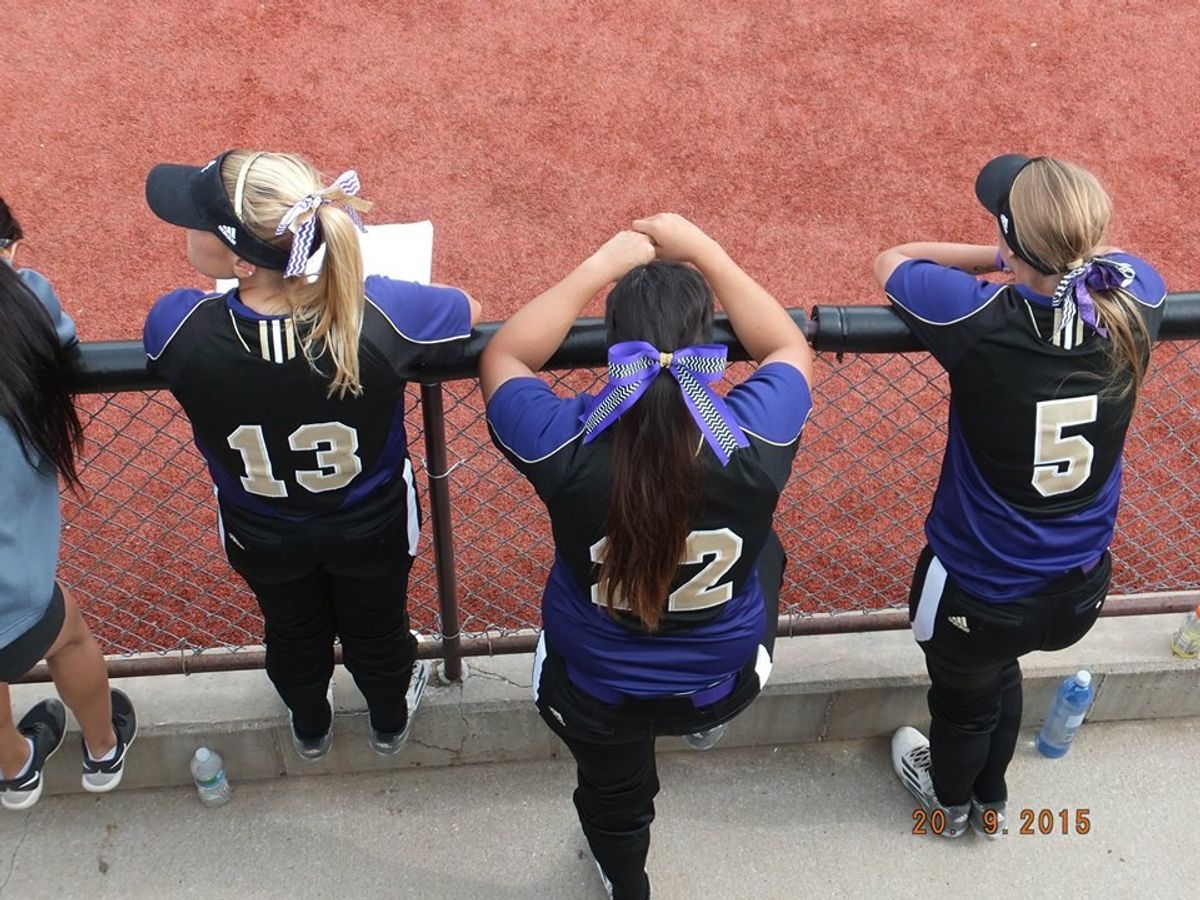 Let's face it: as an athlete, the bench is the last place you want to end up on game day. You have that burning desire to just be on the field where the action happens, but the odds are you will at one point or another be on the bench. As someone who knows what it feels like to be in that position, here are the top eight things that I have learned while sitting on the bench:

1. You have to work a lot harder than the player that's starting.

The truth of it is that the starter is out there for a reason and if you want to be out there, then you have to prove that you want to be there. Sometimes that means taking a few extra reps after practice, or asking coach to work with you to get it right. Putting in the extra time will only help you.

2. You learn how to be mentally tough.

There may be a time when all of the subs get put in except you, there may be a time during practice that you can’t do anything right, there may be a time where you don’t feel 100 percent. You will hate yourself for making that error three games ago, and you will ask yourself is it even worth it anymore. Whether you know it or not, every hurdle you overcome in that state of mind is mentally building yourself up and in the end, you know that it is worth the blood, sweat and tears because you love the game.

3. You learn how to be the best support system for your team.

On game day, you will be the biggest fan section as well as the loudest. You will cheer them on when they are winning as well as pick them up when they are losing. It is your job to make sure your team is up at all times and in the game.

Being on the sidelines you get to observe how everyone playing reacts to different situations. You see the girl who has an attitude that struck out and is now throwing various objects around. You know how bad that looks. Don’t be that athlete.

5. You learn how to be patient.

I know they say that patience is a virtue, but in the game, it is a major key. Now I know what you’re thinking. Slow down, DJ Khaled. What do you mean, “be patient?" What I mean is that you can't hope and pray that girl playing your position makes an error just so you can make a snarky comment about how you can do better than that. You will play eventually, I promise you, but not with those comments.

6. You will get your opportunity to play and you will have nothing to lose.

This is it. This is your shot to play, and when you go in, it will be glorious, because in that moment, you get a chance to prove that you can do it. All the practices you actively participated in and all the time you spent watching and learning from the other girls who are getting the playing time finally paid off. Just know that you have nothing to lose if you mess up, so play with no regrets.

7. You learn to enjoy the time you’re there.

You only have a couple of years left to play this sport that you love and when you’re older, you are not going to remember the games you did or didn’t play. You are going to remember the times where you made a team effort to reach and achieve a goal, like that time you beat your rivals in the last inning, or the time you won the conference tournament for the first time ever. Celebrate team successes and don’t dwell on the times you didn’t play, because you may regret it later.

8. You are still a vital member of the team.

I know it may not seem like it in the moment, but your role on the team is still extremely important. Bench players, on top of the cheering and support, are constantly running around doing a lot of behind the scenes work. You are just as important to the team as the girl out there playing, just in a different way.

So if you’re on the bench now, know that no, the world is not going to end because you aren’t in the game but, this is your opportunity to play a different role on your team. Hang in there because you will get your shot, but for now go forth and play your role.