Should freedom of speech be censored if it is going to harm others?

Should freedom of speech be censored if it is going to harm others?

We have freedom of speech, but you got to watch what you say. -Tracy Morgan 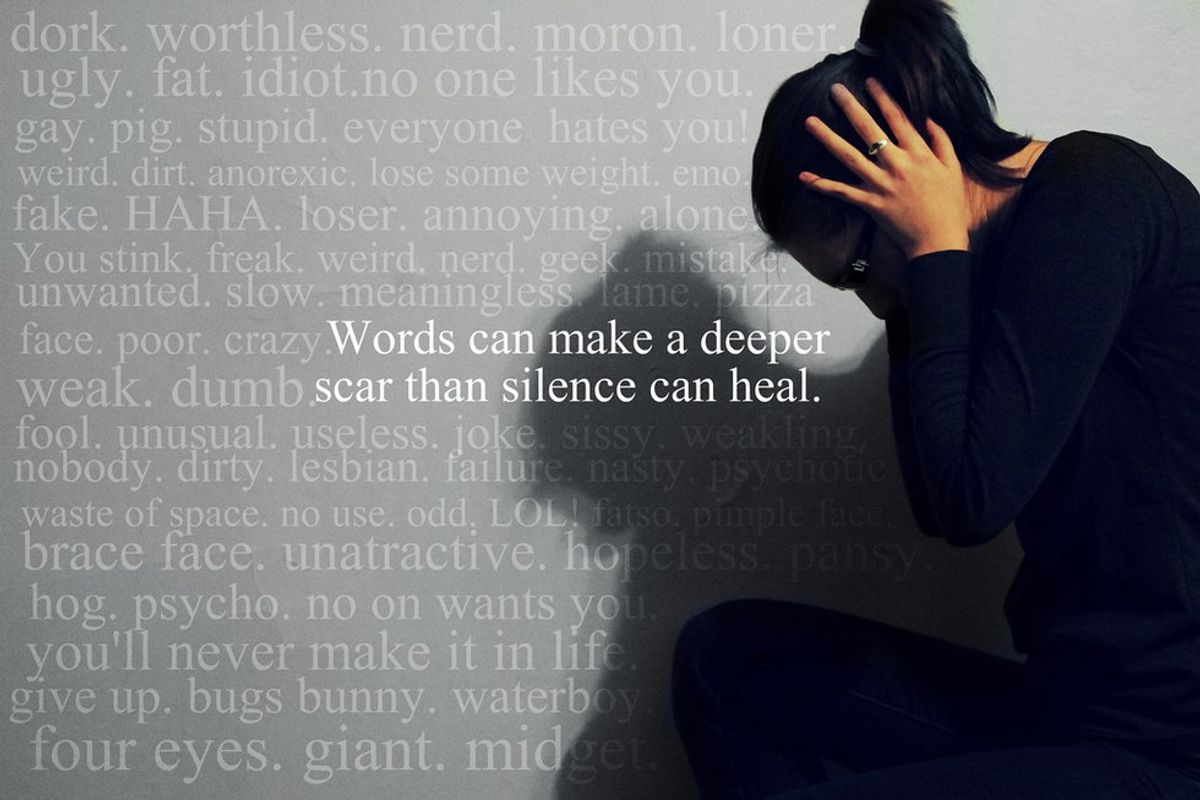 In the Bill of Rights (the first ten amendments to the United States Constitution), the most important right that we have that as citizens is the freedom of speech. Being able to speak our minds is a gift, that oppressed countries do not have the freewill to express. We are able to express our views through a countless number of resources, such as social media, publicly, in print, television and movies. A problem that may come to mind when discussing freedom of speech is when it comes to words, the wrong words can be disastrous to a single person, a small group of people or a large, sum of people.The worst words that one can use towards others are words that are spiteful and menacing.

The internet is filled with people that show maliciousness to other people, being for superficial aspects such as person's looks or attire. Anyone can write a hurtful comment on the internet with his or her electronic device on Facebook, Instagram-you name it. These snide comments posted for all to see are not regulated by social media platforms because it is too difficult to control a massive amount of people's negativity on the internet. A person or a group of people on the internet can be discriminated by their appearance, ethnicity, sexuality or their overall personality and outlook on life. Many people may feel like they have some type of power, making rude, unnecessary comments to those they don’t even know personally or do know personally; because when you post a comment on the internet, it feels as though since you are not being nasty to someone in person, it is acceptable to be cruel to another in the safety and comfort of your own home. You are hiding behind a computer screen, and most of the time, people have catchy usernames that hides their true identities from the world. If you have anything cruel to say to someone, it is better to keep your remarks to yourself. It is nobody's business what you think of him or her, and the person should follow the same example.

I watched a movie recently in the movie theaters that resonated with me, “Nerve.” It is about a truth or dare, online game where a person can be a watcher or player and win extravagant prizes, including cash and anything under the sun. Not to give away any spoilers, but the ending of the movie touched upon how society through social media can be disconnected from others and unsympathetic to others, to the point where the lives of others is insignificant or doesn’t stand the same momentum to their own. The character, Vee, wants to end the game, “Nerve.” She has to end a person’s life in order to end the game. She refuses to end her friend’s life and denies the dare. When she denies the dare, a male teenager that has the same dare is frustrated with her as well as the audience that is surrounding her in the dual arena. He asks the audience if he should be the one to finish the game and be responsible for taking her life. The voting on whether he should end her life or let her live is decided through a poll- the audience chooses yes or no with their fingertips. It was disheartening to watch several people swipe yes to ending another person’s life. When the votes are in, the most popular vote was yes and he aims the weapon towards Vee and she collapses to the ground. Everyone that's responsible in the voting process become accessories in Vee's murder. In the end of the movie, she survives because the shot that was taken was fake and it was an elaborate plan to officially dismantle the game. This scene shows that freedom of speech if not done the correctly can have grave consequences.

Freedom of speech is not only expressed through social media, but through organized groups. All over the world, we have organized groups that inclusively support their cause. These organized groups, sometimes based on ethnicity, acting as if their race is superior over another. Many public rallies of these kind, specifically, become violent quickly and lead to calling others that they find threatening to their cause horrible, racial slurs.

Freedom of speech is a privilege. It should not be abused or to be used in vain or to be venomous to others. Instead of criticizing others, based on ethnicity, sexuality,character we should use social media and group organizations to encourage acceptance and kindness, to make the world not just bearable but better as a whole. As a wise man once said, " an eye for an eye makes the whole world blind."
Report this Content
This article has not been reviewed by Odyssey HQ and solely reflects the ideas and opinions of the creator.