9 Important Lessons From The Movie "Cyberbully"

9 Important Lessons From The Movie "Cyberbully"

"You don't have to change a thing, the world can change their hearts" — Alessia Cara 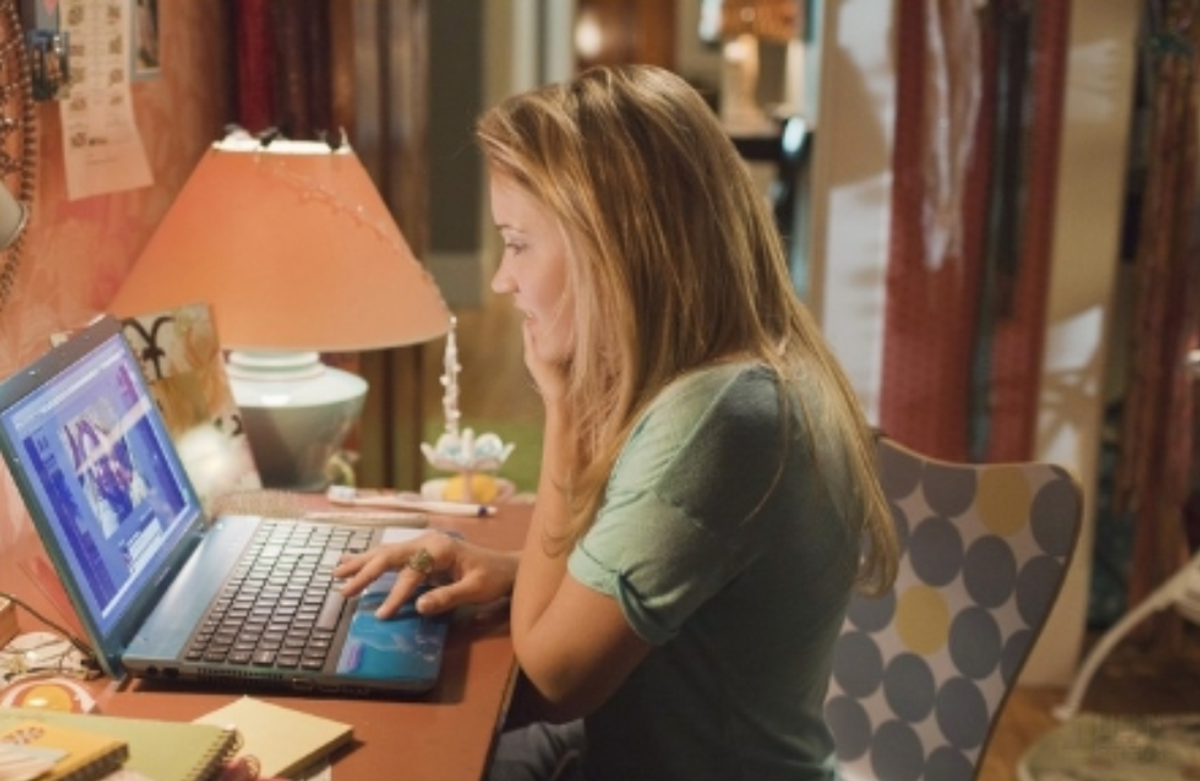 This past weekend I had the opportunity to watch the movie "Cyberbully," starring Emily Osment as the main character, Taylor Hillridge. Taylor recently was given a laptop for her birthday, and subsequently joins a popular social media website and immediately begins getting cyber bullied. This movie is intense, it's emotional, and it has a lot of lessons to be learned, within it. These lessons include:

1. What you say online is real.

At one point in the movie, Sammy says "it doesn't feel real" when you're posting things online. Your words can hurt people. Your words have actual affects on lives of others. So think before you say something. You don't know what's going on in another person's life. You don't know what they're struggling with, and you have no idea what your words will do to them. So don't say anything you wouldn't want spoken about you. Even then, go a step further: don't say anything you wouldn't want said about your future son or daughter. Your words are real.

Throughout the movie Taylor seemingly lost her two best friends, and her mom was practically punishing her for what was said. She felt like she had nobody. Everybody was spreading rumors and harassing her online. Even the one random stranger she clicked with ended up turning on her. But later, she realized she wasn't as alone as she thought she was. All she had to do was look ahead of her in History class and she would've seen somebody who tried to be her friend, who was going through the exact same thing that she was. No matter what you think, you are not alone. Somebody, somewhere, is going through the exact same thing that you are.

3. Don't be afraid to reach out to other people.

In the movie, Cheyenne, Taylor's best friend, distanced herself because what was happening to Taylor was starting to affect her, as well. Scott also ended up distancing himself because of what was said about Taylor. But we shouldn't be distancing ourselves from people going through hard times — that's when they need us the most. If Taylor wouldn't have felt alone, she wouldn't have attempted to commit suicide. Even if you don't know somebody that well, if you notice that they're going through a hard time, don't be afraid to reach out to them; you never know whose life you might save.

4. Your friends aren't always who they say they are.

This is one of the hardest lessons that everybody must learn at some point in time. In this movie, Taylor found out that one of her closest friends had created a fake profile, originally with good intentions, but that profile ended up adding fuel to the fire as it spread another cruel rumor about Taylor. Sometimes, your friends aren't your friends at all. Sometimes, they try to help you, but end up making mistakes along the way that hurt you worse than ever. Either way, finding out your friend stabbed you in the back is not a fun thing to find out.

5. It's always better to tell the truth, even if it hurts.

At one point in the movie, Sammy decides that it's best to tell Taylor the truth about her being behind the fake profile. While it was painful for Sammy to say and for Taylor to hear, the truth needed to come out. Sammy decided she wanted to take responsibility for what she had done. Besides that, telling the truth opens up the opportunity for forgiveness. Nobody can forgive you if they don't know what you've done to them.

6. Sometimes you need to just walk away.

One of Taylor's biggest problems throughout the movie is that she just could not walk away from her laptop. Even after her suicide attempt, the first thing she wanted to do when she woke up was to see what everybody was saying about her online. It's easy to sit there and watch your world [seemingly] fall apart; but what's best is to walk away, take a break from the negativity, and try to enjoy life — real life.

There were many people who knew what was being said to Taylor, and nobody did anything. In fact, many people walked out of her life because of what was happening to her rather than trying to help her. If somebody needs help, help them. It's really not that difficult of a concept. Don't just stand by and watch somebody's life be destroyed. Like I said before, reach out to people. Make sure that they're alright and if something is going on that you know about, tell others — administrators, parents, law enforcement — whatever you have to do to make sure that whatever is going on ends. Realize that you don't have to wait for somebody else to step in; you can step in, yourself.

8. Not everybody believes the rumors.

One of the most powerful parts of the movie was at the end when Taylor decided to stand up to her tormentors. Not only did everybody come out of the woodworks to stand by her and tell the bullies that they were doing terrible things, but everybody in the school started texting their friends to say "it's safe to go back online" and "Taylor just told Lindsay off." In fact, everybody was in awe that Taylor had the guts to stand up to the school's bully. And Taylor had no idea that this was going on. All along she believed she was alone, when in reality, nobody believed what Lindsay had been saying.

9. Speak out about what's important to you.

At the end of the movie, Taylor and her mother ended up doing something insanely important with her story — she pushed for a law to get passed against cyber bullying. At first, nobody was listening to them. But they kept pushing and bringing more attention to the issue, and finally, they were heard. If there's something that's important to you, do not give up. Keep pushing and eventually, you will be heard.

This movie was really intense — not because it's dramatic and emotional; but because it's real life. These things happen every single day, and it has real affects on people. Just yesterday there was another report of a young teenager who decided to take her own life because of senseless acts of cyber bullying. Help stop cyber bullying, and help save a life.

If you or somebody you know is struggling with suicide or thoughts of depression, please reach out and speak to somebody at the National Suicide Prevention Hotline or at 1-800-273-8255