How the words of a Republican Senator changed the feminist narrative. 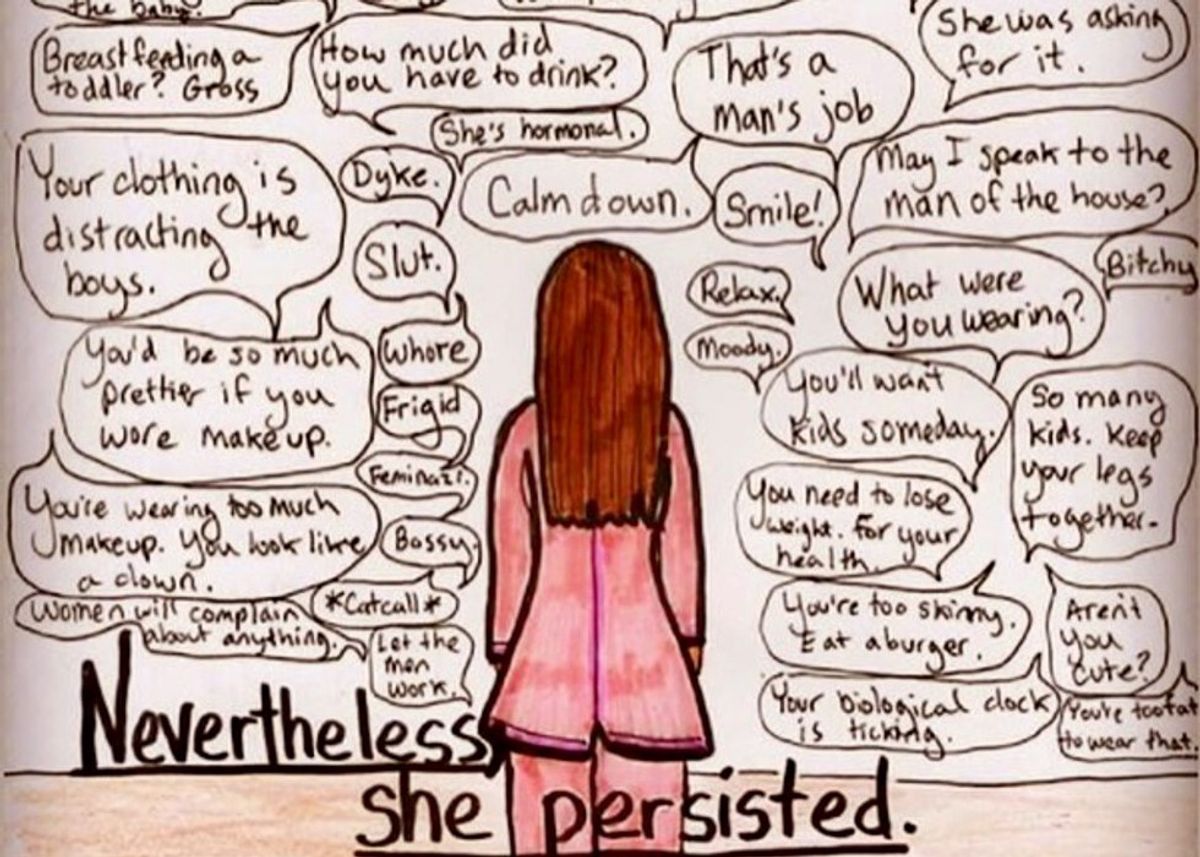 It seems like every week a new meme takes over the internet. Of course, there are the classic, most popular memes like the Success Kid or the Grumpy Cat, but these have evolved into more “dank” memes such as the “cash me ousside” girl.

The internet has clearly demonstrated that the most outrageous things can make a person famous, but, as we’ve learned this week, memes can do so much more.

They can start a social movement.

It all started on Tuesday, February 7th, during a Senate session debating the nomination of Jeff Sessions. Senator Elizabeth Warren was at the podium reading the words of Coretta Scott King.

King's words were drawn from a letter she wrote in 1986 to the Senate Judiciary Committee in regards to Jeff Sessions. In the letter, she provides the reasoning for why she believes Sessions was not qualified to be appointed to the federal district court.

While reading these words during her designated time, Warren was interrupted by Senate majority leader Mitch McConnell who argued that Warren was breaking Senate rules by demeaning another senator.

Warren attempted to argue that King’s words were suitable for debate in the Senate, but Senator Daines, the senator presiding over the session, interrupted her and the matter was put to a vote and the parties divided. She wasn’t allowed to finish speaking.

While this alone demonstrates what women have gone through for hundreds of years, the newest social movement didn’t present itself until following the session when McConnell was asked why he interrupted her speech.

He responded: “She was warned. She was given an explanation. Nevertheless, she persisted.”

His words immediately took over the internet and became a “feminist rallying cry.”

It has been paired with a variety of photos of women from throughout history to exhibit their strength and determination that changed the lives of millions of people.

and of course, Elizabeth Warren.

Though the words were directed at Elizabeth Warren, persistence is a common trait that women from every walk of life can relate to.

#ShePersisted took over Twitter and gained massive attention from both the media and large organizations.

Know Your Meme, a popular website that tracks the usage of memes and provides a history, recently created an official page for this meme with a chart showing the surge in searches over the last week.

Planned Parenthood also took part in the spreading of the message by posting on their social media. The posts show their support of women who have faced sexist comments and have been held back by their gender, but nevertheless, persisted.

This partisan comment has turned into a social movement that is giving women the strength to do exactly what it says: persist.

While McConnell didn’t intend for his words to become an overnight sensation, the feminist community took back these negative words, like they’ve done time and time again.

It is the battle cry we’ve been waiting for.