And that's no small feat. 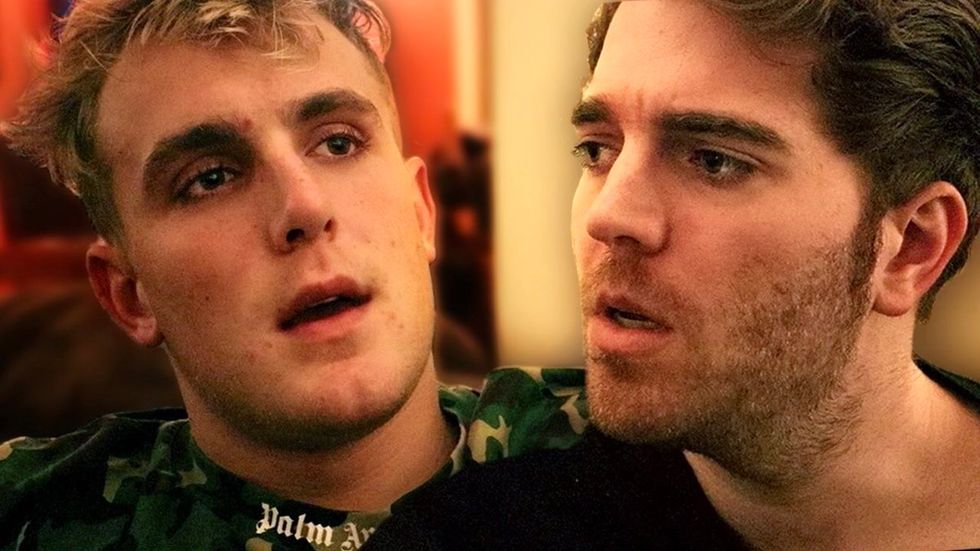 My family can attest to my full-fledged rants about how toxic, annoying, and all-around messed-up Jake Paul and his videos are. But Shane Dawson's videos changed that, more or less.

If you don't know who either of these people are, a quick Google search would give you the basics, but allow me. Shane Dawson started on YouTube in 2008 and has been making videos ever since. He's garnered over 18 million subscribers over the past decade and published two New York Times best-sellers.

Back in 2017, he created a documentary series about reconciling with his abusive father, and for the past three months has been using that format to more deeply explore people and events. His most recent subject is Jake Paul.

Jake Paul rose to fame through Vine, and soon started a YouTube channel where he filmed himself doing pranks. He starred in a Disney comedy "Bizaardvark" for 18 months before being fired due to neighbors reporting him for his pranks, parties, and fire hazards (he once set the backyard pool on fire).

In January of 2017, he started Team 10, a group of aspiring YouTubers (or are they called Influencers now? rip) living together in one house and making videos, pranking each other and others and flexing about how insanely rich they are. (Can you tell I'm still not the hugest fan of his videos?)

Jake Paul's success has been shrouded in controversy and drama, which is what piqued Shane Dawson's interest in the first place; he wondered if all of these pranks and wild behavior was because Jake Paul is a sociopath.

(Fair warning to my younger/conscientious readers: there's strong language in the linked videos.)

During the course of the docuseries, Shane examined what it means to be a sociopath by talking with a therapist and conducted research by watching some of Jake's videos, his mother's videos, his father's videos, and interviewing friends (and exes) of Jake's. Finally, he visited Jake Paul at the Team 10 house and got to know him. In the finale, the two sat down to really talk.

Everything from the Faze Banks scandal to Jake's relationship with his father to Logan sleeping with his on-again, off-again girlfriend was discussed. The conversation featured a few tense moments where Shane and Jake disagreed—namely on whether or not Jake pushing his merch on his young audience counted as manipulation or not—but ended on a high note of the two seeming to be close and Jake seeming closer to change.

They filmed this series last month, and since then, the two young men have expressed their love to one another with Shane saying he thinks of Jake as family:

If you had told me three weeks ago that I would be tearing up at their bond and rooting for Jake's redemption, I would've slapped you across the face, a la Gina Linetti.

The change was gradual.

Hearing that (most of) the wild pranks and stunts they've pulled were planned helped me see him as less of an impulsive risk-taker. The Martinez twins' accusations about how much Jake bullied them fall flat when you know that nearly everything they accuse him of doing, they knew he would do before it was filmed.

And the others were born out of ill motives and were just flat-out crappy things to do, which Jake owned up to. One of those things being the scandal of Jake Paul accusing FaZe Banks of assaulting his assistant, Meg. Banks was proven to be innocent, but Jake's vlog, which he admits was made and posted out of vengeance on Banks for being with his ex-girlfriend, was still up on his channel.

When Shane brought this to Jake's attention, we watched as he deleted the YouTube video right then and there.

Discovering how he was raised made me recognize his desire for power, money, fame and views, to be the best—and increasingly crazier stunts in his videos in order to attain that status—is a result of his father pushing him and Logan to constantly compete with each other.

It doesn't justify anything, but it led me to see a new perspective I hadn't considered before. Jake had always been the villain in my eyes. Now he's become a regular person who's hurting, just like the rest of us.

This competition bled into their personal life when Logan hooked up with Alissa during one of her and Jake's "off-again" times. Shane reminded Jake, who was raised to never cry and get over things quickly, that it was okay to still be processing such a betrayal, that that's the kind of event that would tear a regular family apart.

Seeing Jake get genuinely emotional and show his true self—both during this moment and a couple episodes before as he showed Shane around the Team 10 house—endeared him to me, reinforcing my earlier conclusion that he really is a normal person and the face he usually puts on for the camera is just a facade.

For the record, I'm not excusing anything he's done. Even in this docuseries, I saw brief clips of the content he's put out and I was appalled at the objectification of women, racist undertones, and lewd and reckless behavior, all of which are incredibly harmful to his young, impressionable audience.

But I am saying that people can change.

I think he'd grow most as a person if he stopped making these crazy YouTube videos—he could potentially become talent management without just handing people their careers, as Shane suggested—and moved to a non-mansion with Erika to lead a normal life. This could be where he's headed given Team 10's recent social media wipe, hinting at a change coming.

He doesn't have to be like the Kardashians or Justin Bieber, controversial celebs we all love to hate (and usually for good reason). He can be like Robert Downey, Jr. and start on a path of redemption.

He seems to be starting to see the light when he agreed that he wants his dad to go back to Ohio and be his dad instead of his boss (a person whose influence, I think, and truly don't mean to offend by saying, has been rather damaging for Jake). You're on the right path, man.

And I never thought I'd say this, but...I'm rooting for you, Jake. I believe you can grow, that you're not limited to who you once were. You can do this.