I'm Reclaiming My Sexuality After I've Been Sexually Assaulted, Because It's Mine To Own
Odyssey

I'm Reclaiming My Sexuality After I've Been Sexually Assaulted, Because It's Mine To Own

I believe that despite the vast amount of cruelty within this world, there is much beauty too. 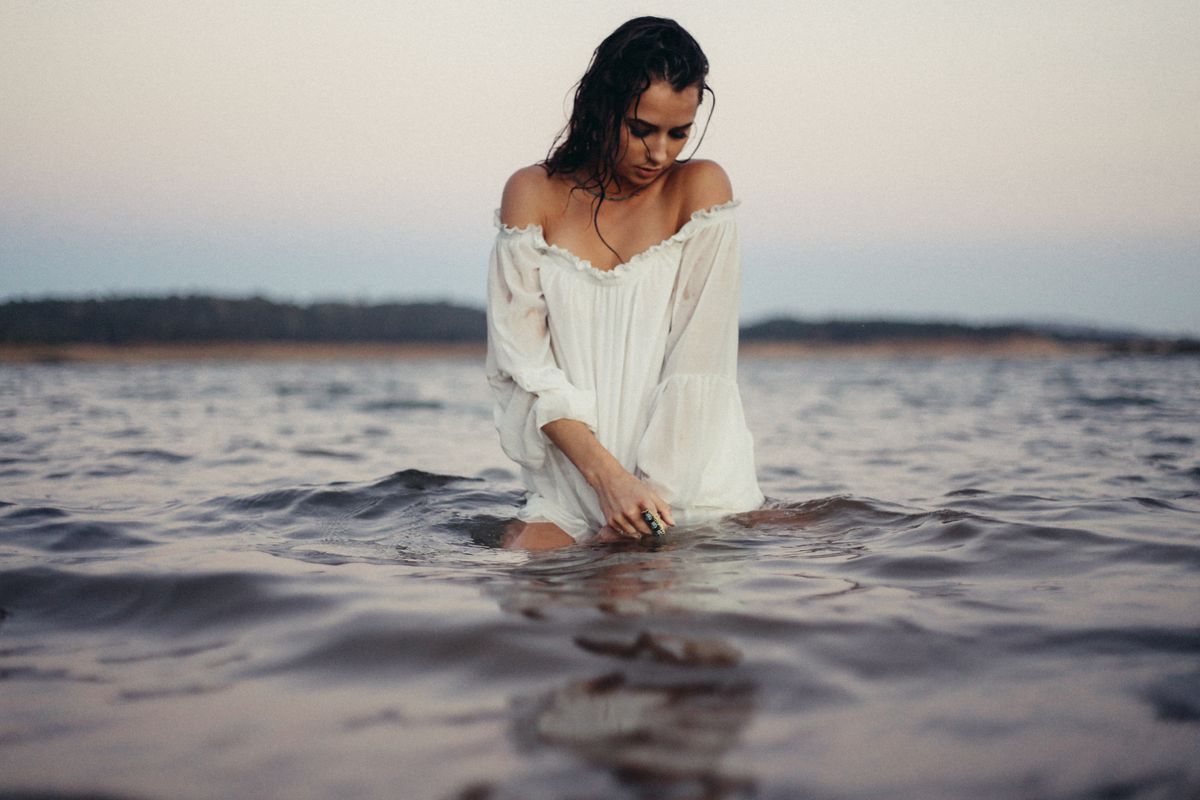 How does one acquire a taste for one’s sexuality when their sexuality was used against them? How do you reclaim your sexuality when it has been stripped from you as if it was not your own skin? Before I was sexually assaulted, I was comfortable in my existence as a sexual being. I flaunted my sexuality because I was empowered by my body.

My go-to outfit consisted of an artsy t-shirt, high waisted mini skirt, and thigh highs slipped into my favorite Converse. I practically lived in lace garter belts. My choice of clothing was not determined by how I thought others would perceive me but rather, my inability to give a fuck about what others thought of my body. I liked wearing bold clothing because it was symbolic of who I was at 17 - courageous, loud, not afraid of anything.

And yet, after I was sexually assaulted, I found myself fingered by fear of my own body without my consent. I remember the first time it happened I was driving to a fashion show I was hosting. I was wearing a beautiful dress - my mother’s - and this panic suddenly overcame me. I felt this need to cover my body up, to let no one see it, to hide my face, my body, everything.

Although my beauty was not the cause of being sexually assaulted, several people had framed it as such, summarizing it with something along the lines of, “How could they resist?” I had never realized I was beautiful physically. I had always thought I was halfway decent looking, but my physical appearance was of no concern to me because I knew I was beautiful on the inside, and that’s what mattered.

It is not until a year after I was sexually assaulted that I have begun to realize that I have transitioned from being that bold, brave girl afraid of nothing into a strong yet cautious young woman.

Although I have taken measures to reclaim my sexuality, I am still uncomfortable with it. Other survivors have told me that both time and other lovers will help me heal yet at times, I am grasped by this fear that my sexuality will never be mine again.

Although he framed me as being irresistible, the notion that sexual assault is caused by someone’s inability to control their sexual desire is false. Rather, it is a desire for control.

My body and clothing choices were not part of the equation and for someone to say so was victim-blaming.

At the time, I didn’t know it was victim blaming, and I was told by others to suppress my sexuality because men could not resist me, and for me to show my body would be tempting fate. It got to the point where I compartmentalized myself into sexual Isabella and everything else Isabella.

I kept my sexuality distant from anyone who knew me decently. My sexuality was only to be shown to people if I wanted sex, and that was it. This grew complicated when I realized that I was ready to be romantic because I had diverged my identity in an effort to protect myself because I believed my sexuality was what had caused me to be assaulted.

As I researched more about sexual assault and spoke with advocates, I realized that my sexuality and my body had no role in being assaulted. The man who sexually assaulted me had been child grooming me for several years through emotional manipulation.

Now, I am trying to reclaim my sexuality within my life as a whole. It is a process I am unsure of how to navigate.

Among my friends, I am the “cute” one. It is how I have framed myself towards others for so long, and I’m comfortable being the “cute” one. The “cute” one is not a sexualized being. They are protected by a facade of childlike innocence whose potential sexuality is stifled immediately due to the need to protect them from the outside world. It is no wonder to me that my close guy friends often see me as a little sister.

After I was sexually assaulted, I needed to be the “cute” one because I was a girl whose innocence was intact yet it did not correlate with my experiences causing a discongruity between my beliefs and my reality. Whether my friends sought to protect my innocence or to help me navigate my newfound reality, I am unsure but regardless, their protection and support was something I needed. In some ways, I still do, but I am not a girl anymore.

I am a woman and with this comes my inherent sexuality.

And yet, it is difficult to discern my sexual identity when the basis of trust that sex often depends on is broken. I struggle immensely with my instinct to trust in people and my fear of trusting others who might also hurt me. I choose to be honest, kind and trusting towards others because it is who I am. Although my experiences have made me strong, I am still vulnerable. It is not difficult to hurt me because I care deeply about many things. I trust in others to be kind to me, yet I am often greeted by cruelty.

This cruelty is usually caused unintentionally due to a lack of awareness about how one’s actions and words impact others, so I understand it yet it still hurts me. These hurts are microscopic in comparison to having been sexually assaulted, so while it pains me, it does little to affect my overall emotional state. But even so, I don’t want sexual assault to be the context in which I assess all of my other pains and joys. Sexual assault is not the bar which I desire to judge the severity of all other offenses.

Sometimes, I wish I could be normal and fade into the indiscernible stream of 19-year-old American women. I watch my fellow students at college go to frat parties and get blackout drunk and make out with strangers as if a thousand things could not possibly go wrong. I sometimes admire that carelessness because as a survivor, I will never not be careful.

I will always be aware of every exit sign in a room.

I have a certain seriousness about college that my fellow first years seem to lack. This isn’t to say that I think I am better than them because I don’t. We are all equals. This is just to say that at times, I wish I too could feel relaxed and not have the weight of potential disaster forever looming on my shoulders.

I have infinite hope that with the passage of time, I might feel more at peace with myself.

I often sit on the quad with my back against a tree writing poems about all sorts of things. I sit on benches and watch the wind play with the leaves. Some nights, I’ll put my music on full blast while wearing earbuds and dance. I am learning to feel safe in this body, to love it, even. It’s not always easy.

Sometimes, when I catch my reflection in the mirror, my body feels like a stranger. Some people don’t believe in trigger warnings which means I’ll have to watch a sexual assault scene without any warning; This usually ends up with me in the bathroom crying. I have trouble showering because I have to be naked and I usually get flashbacks.

I need people to be gentle and kind to me because, despite everything, I choose always to be vulnerable and open. Even to write this article is difficult because I don’t know you. I don’t know your name, your face, anything. Any stranger I pass by on the way to class could be you, and you would know these fragments of my thoughts.

And yet, I choose to trust you, and others because I believe that despite the vast amount of cruelty within this world, there is much beauty too.