Ashton Kutcher Voices His Concerns On Sex Trafficking
Odyssey
CurrentlySwoonLifestyleHealth & WellnessStudent LifeContent InspirationEntertainmentPolitics and ActivismSportsAdulting
About usAdvertiseTermsPrivacyDMCAContact us
® 2023 ODYSSEY
Welcome back
Sign in to comment to your favorite stories, participate in your community and interact with your friends
or
LOG IN WITH FACEBOOK
No account? Create one
Start writing a post
Politics 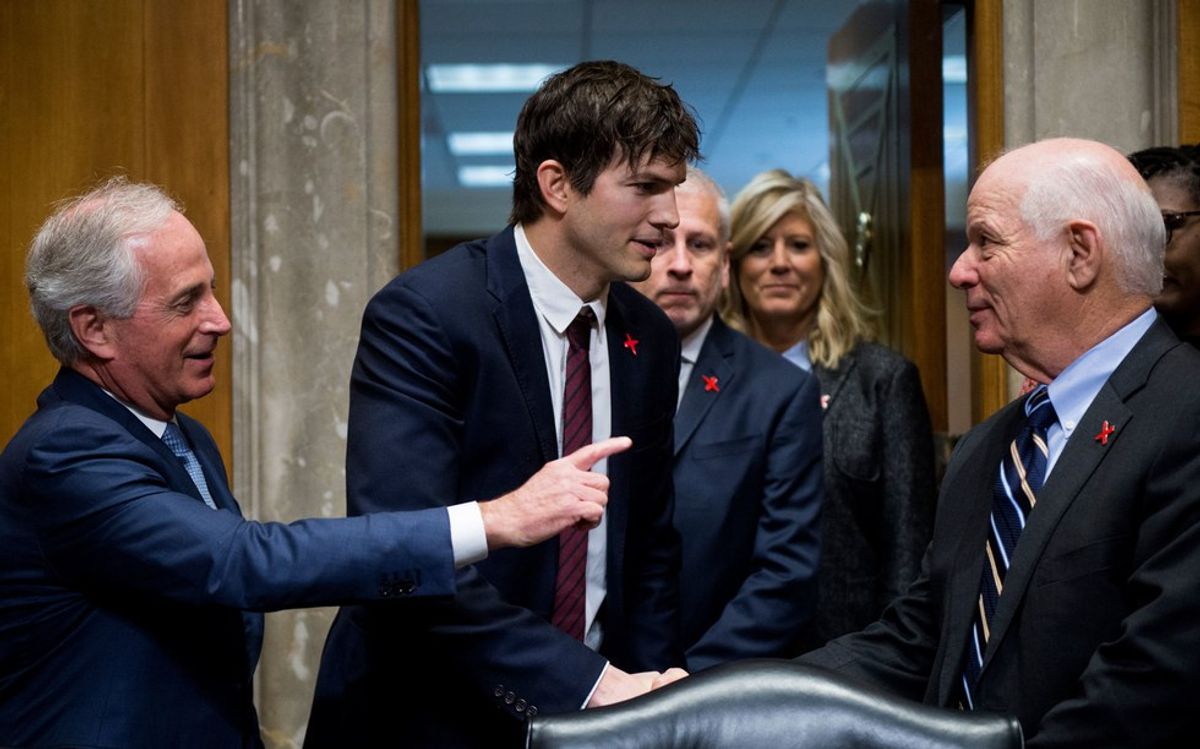 Ashton Kutcher exercised his freedom of speech on February 15 math when he stood before the Senate Foreign Relations Committee and outlined the alarming issue of sex trafficking, along with four recommendations using advanced technology.

The first time I was introduced to this issue was last year, my sophomore year of high school, in an Interact Club meeting. In all honesty, I had no idea this issue existed, and it took me several minutes of the speaker's presentation to fully let it sink in. I was shocked at the reality that people, mostly young girls, were being kidnapped, transported or "shipped," then sold to other traffickers. It is an actual business. An actual industry that traffickers make unthinkable amounts money from. This speaker certainly educated me on the issue, but it was not until last week when the issue resurfaced.

I was scrolling through the "Trending" videos on YouTube and saw C-SPAN's video titled "Ashton Kutcher FULL OPENING STATEMENT." As a lawyer on my school's Mock Trial team, I delivered the opening statement on a much lower scale but nonetheless, a statement pleading my case. So seeing a popular figure like Ashton Kutcher, somewhere other than "The 70s Show" or "No Strings Attached," and especially before the Senate, immediately caught my eye.

The video was about fifteen and a half minutes, longer than many of the YouTube videos I watch. I expected to watch a few minutes of it, but I was so engaged in his speech and persuaded by his words and his mission that I ended up watching the entire video. I even made time stamps of the lines that stood out to me, knowing for sure that I'd have to write an article on this and refer to it.

To give you a little background knowledge, Kutcher co-founded Thorn, an organization that uses new technology to end child sexual exploitation. The company has created a Technology Task Force with approximately 20 other companies like Facebook and Snapchat, and these resources provide additional support for the cause.

The Senate Foreign Relations Committee, led by Chairman Bob Corker (R. TN), has already funded some of Thorn's technological developments, but Kutcher stands before the committee to make recommendations and ask for supplemental funding. Corker introduces Kutcher by stating, "If you knew of what he and his organization have done, it's inspirational, and the metrics that they're able to help us with - the way that they're able to interdict in advance now what's happening - is phenomenal and a true testament to entrepreneuralism." This bipartisan effort has tremendous support from Senator John McCain (R. AZ) and Ranking Member Ben Cardin (D. MD), and the President of Human Rights First, Elisa Massimino.

Kutcher begins by stating that the pursuit of happiness is bestowed upon every American citizen and that it is our responsibility to ensure this right for people around the world. However, "The right to pursue happiness for so many is stripped away. It's raped, it's abused, it's taken by force, fraud, or coercion. It is sold for the momentary happiness of another," Kutcher stated.

He has met victims from Russia, India, Mexico, and America, and even shares a story of a young girl who was "so conditioned by her environment that she thought she was engaging in play" when an older American man forced her into sex.

In another instance, a 15-year-old girl met a man online who had, within hours, raped and forced her into sex slavery. Fortunately, the law enforcement rescued the girl using Thorn's tool, Spotlight, which makes it faster to help these individuals. According to the Thorn website, Spotlight has been used to identify 6325 victims, 1980 children, and 2186 traffickers, and it is "now used by 4000 officers in all 50 states."

Next, he addresses the misconception that technology is destroying our economy by reducing the number of jobs, or destroying ourselves by reducing human interaction. Kutcher uses the example that airplanes quickly and efficiently transport people across the country or the world. However, if placed in the wrong hands, airplanes can also be used to attack and harm others.

"I see technology as simply a tool. A tool without will. The will is the user of that technology, and I think it's an important distinction."

Then, Kutcher sets forth four specific recommendations for the Senate Foreign Relations Committee.

1. Money to build these tools and a warehouse for them.

"Traffickers change their modus operandi, and we can change ours as well, just as efficiently, if not more efficiently as they can."

Thorn uses KPIs in order to quantify their data, get rid of unnecessary tools, and further the growth of the company. KPIs look at the company's growth quantitatively with its revenue, net profit, and various other important factors.

Public support from the John and Cindy McCain in the McCain Institute has allowed Thorn to use the extremely valuable Spotlight tool. In addition to public support, Digital Reasoning is part of the private sector and has contributed a number of engineers to Thorn's work.

3. Address the pipeline out and create support systems on the other end.

After victims are rescued, a prominent issue remains and is ignored. These victims lack support and are neglected.

He discusses the foster care system and states that, "The most staggering statistic I found was that foster care children are four times more likely to be exposed to sexual abuse. That's a breeding ground for trafficking."

Without support and care for these victims, they are likely to face mental health crises and resort to criminal activity, increasing the recidivism rates and continuing this system of modern slavery.

"When Maslow's Hierarchy of Needs are not being met, people will resort to survival, and if this is their means of survival and the only source of love that they have in their life, that's what they go for."

Both are forms of modern slavery, "but the solution sets are highly differentiated." Kutcher states that victims of sex trafficking are often present during commerce, while those of labor trafficking are hidden and secretly coerced into labor.

Kutcher concludes his statement by acknowledging that these recommendations can and will likely result in economic repercussions. But he poses an important question, "I ask you, do you believe that Abraham Lincoln had to consider the economic backlash of shutting down the cotton fields in the South when he shut down slavery?"

To watch the full 03:35:13 video with the committee, Kutcher, and Massimino, click here.

Nicole Marie Nigro
Individual Creator
6690
c1.staticflickr.com
Where to start...... Let me start with the cliche that life throws us curveballs and what we do with it is what counts.