Lets Have A Serious Talk About #BlackLivesMatter

Lets Have A Serious Talk About #BlackLivesMatter

A clear explanation of privilege and what #AllLivesMatter really is. 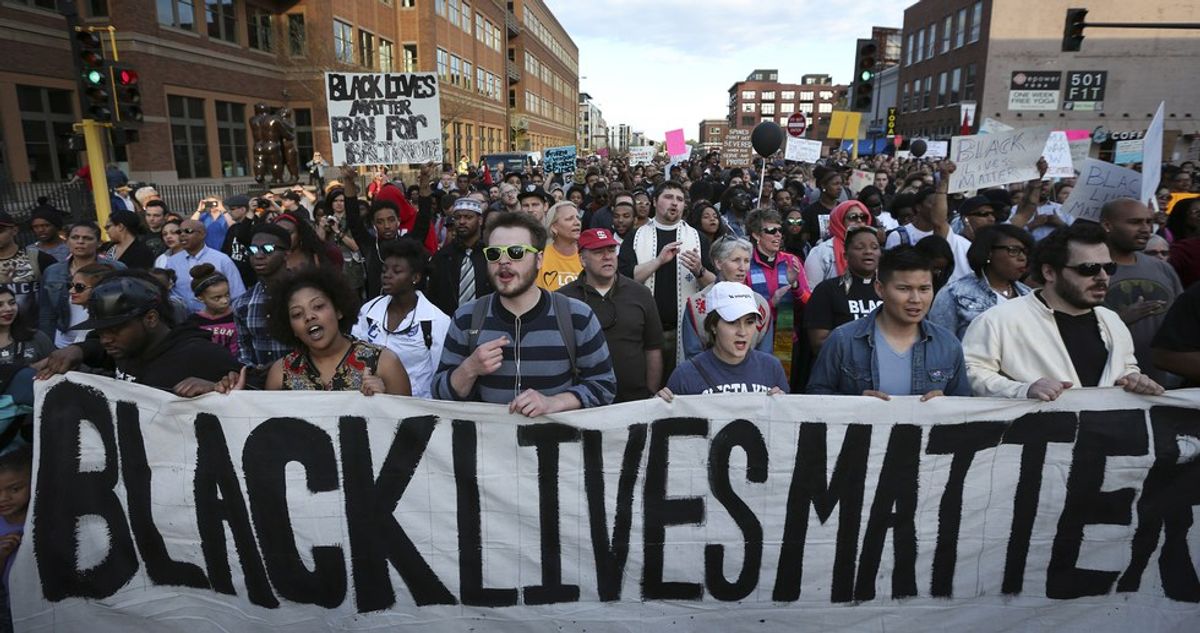 For the longest time I agreed with #AllLivesMatter. I didn’t see a point in just calling out one group as if to say that they matter more than anyone else. But after these past few weeks, something hit me and made me realize that I was wrong. Saying that all lives matter was not the movement I thought it was. It was just the tape placed over the mouths of those who were calling out privilege.

Now, let’s talk about privilege. What does it really mean? No, it does not mean that you are necessarily richer, smarter, or stronger. No, it is not based off of whether you are richer, smarter, or stronger. What it does depend on is race and gender. If you are a white male, you undoubtedly have the most privilege. You are the most likely to get into a college, you are most likely to become successful, and you are more likely to be trusted by other people. Underneath the white male is the white female, followed by a black male, followed by a black female.

That’s a list. A list. An order of who naturally gets what. If you want to disagree with me, I would suggest you read a history book. Because according to the past, the people who were kicked off of land, forced to be slaves, and slaughtered by the “bigger man” were not white males. Or at least, that’s what I read.

See the problem with #AllLivesMatter is that it technically is true—and that’s why people keep shoving it in your face. All lives DO matter, whether you are white, black, male, female, rich, poor, even a citizen, or cop. We ALL matter—we do! But sometimes we need to focus on one particular group, and unfortunately, it seems like a lot of people in the United States are unable to do that. We can’t take the time to focus on other people for more than two seconds. We tend to like to only care about ourselves and cover up the really important things when they aren’t about us.

This week I have been overwhelmed by the amount of people who just refuse to understand. In fact, I came across a Facebook post by a friend who only posted #BlackLivesMatter, and that was all. This is what happened.

Really? Not only did they try to cover it up, but they decided to make it into a joke. What about this movement sounds like a joke? None of it. None of it sounds like a joke. It’s unfortunate that there are people like this who will never actually take this movement seriously and refuse to be educated about the movement. I hope that soon they will open their eyes because right now, the U.S. is in shambles.

#BlackLivesMatter is important, and that’s why we need to come together and support it. Black lives matter is not necessarily just for black people either, but for all people of color (Hispanics, Asians, Native Americans, Middle Easterners, Indians, etc.). And this is in no way against The Boys In Blue, because their lives matter too, but right now, we need to focus on this issue in order to solve the next. And supporting this movement, making the change, and coming together as a country is going to put us back in our place. America needs to be safe again.