The idea that math people cannot do well with English and vice versa is nothing more than a myth. 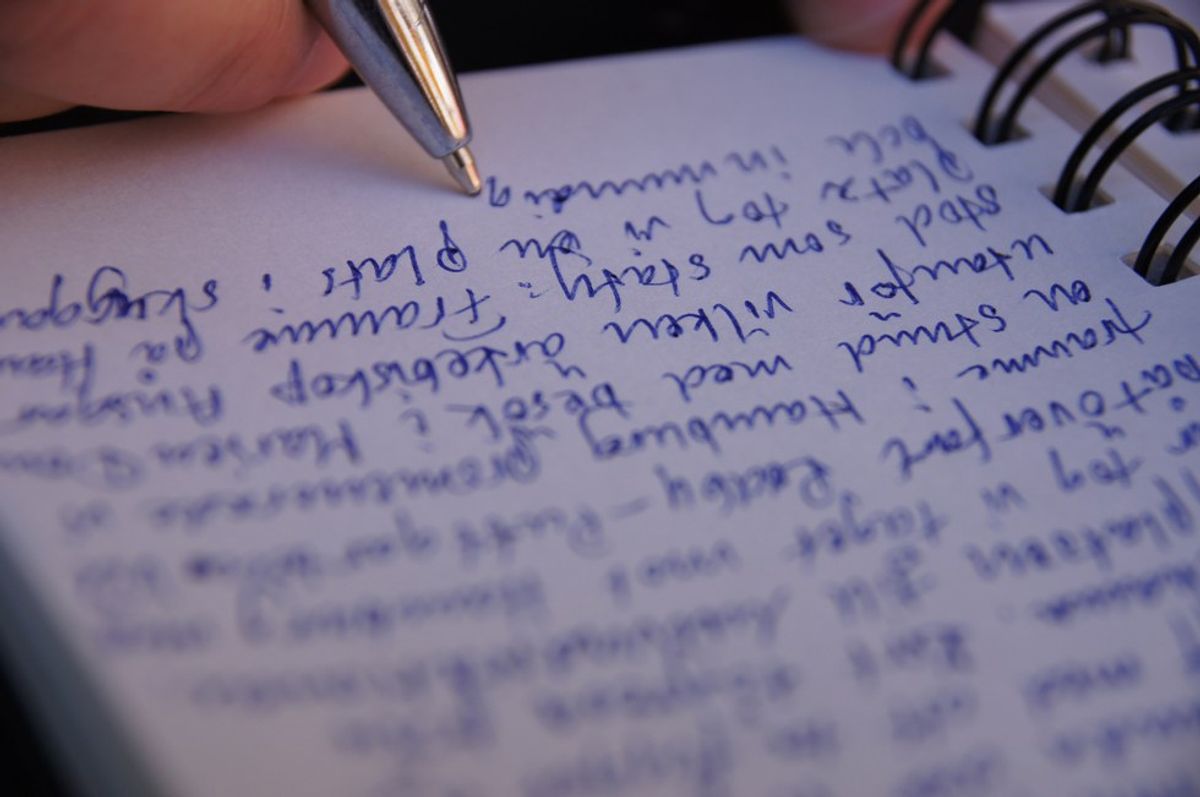 So, there’s this false dichotomy that if you’re an English-minded person, then you struggle with math, and if you’re very good at math, then you aren’t so great with English. While you may favor one side or the other, you can excel at both, but it may require looking at the opposite subject through a different lens.

Now, personally, I favor English. I struggled with math, mostly because I wasn’t interested enough or engaged enough to want to pay attention and learn. During my time as an undergraduate, I only had to take one math course, Mathematical Ideas. This wound up being one of the most enjoyable courses I’ve ever taken and was definitely the best math class I’ve ever had. But, why? Well, it was taught in a way that made sense to me. It covered subjects that were interesting. We read a novel about the number zero being a dangerous idea. We learned different number systems, but framed through the culture in which the systems were designed. I will always remember that the Babylonians used a base-60 system.

The same thing is true for turning English into something that can reach a math-minded person. While writing is less of an absolute, it is still a process. There are still equations. The writer just needs to plug words into the equations instead of numbers.

The easiest comparison is that of citations and references. An in-text citation is nothing more than an equation. In APA format, you have to put the author’s last name and year of publication into parentheses at the end of the information you’re citing, but before the period at the end of the sentence, like so:

This is an awesome sentence that I paraphrased from an outside source (Smith, 2012).

Every time you write a citation, you’re plugging the variables into the equation. What happens if you do not have the required information? Well, you solve for X. All you have to do is find the rule and make the substitution. It’s very absolute. Regimented.

Paragraphs have a specific structure. This is also an equation. How do you write an introduction? Well, you start with an attention grabber. Then, you give basic background information, so that the reader will be able to understand what you’re talking about. Finally, you end with the thesis statement. It’s as easy as that. So, you just plug your variables into the equation:

Every paragraph has its own formula. Brainstorming is nothing more than an equation. Outlining, specifically, is something that math-minded people find useful. It’s basically a skeleton for the paper. There are no questions. You plan out where to start, each step you need to take and where you need to end. Then, you fill out the details. The structure is set for you. You just need to expand on it.

Each different type of essay is it’ own equation. If you’re writing a compare-and-contrast essay, you get to choose one of the given equations. Maybe it’s “Whole by Whole “ or “Point by Point.” All papers have mathematical formulas that the writer uses in order to compose something worth reading. It’s really as simple as that.

There are, of course, some differences. Can you break the rules and still come to the correct answer? Yes. Does writing take different skills than math? Sure. You have to know language, understand it, learn how to construct sentences (more formulas) and then you have to be able to finesse language. It might take more time than solving a single equation. But, science says that you can excel at both. Only a small population excels at one and fails at the other. So, think about that next time you’re challenged to work outside of your wheelhouse.