How Many Matches Until I Feel Pretty?

Seeking Affirmation From Strangers On Tinder

Where do you hold your self-worth? 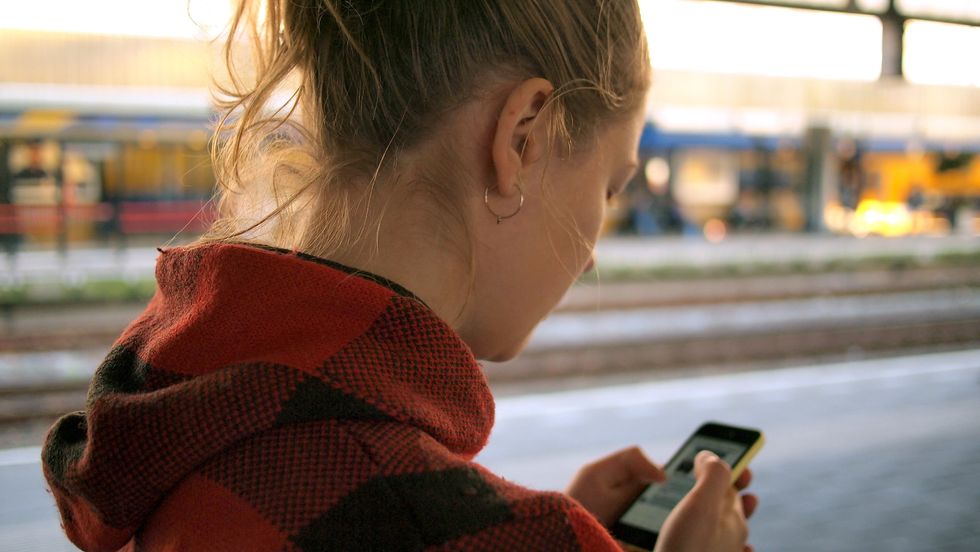 About a week ago I was on Youtube finding videos to wind the boring night that I had when I stumbled upon a video. The video was from Tiffany Ferguson, a Youtuber, speaking upon online dating culture. Watching that video opened my eyes to particular aspects of online dating and its imperfections. We all know that if you've been involved in online dating apps, there are many imperfections to that side of life.

While Tiffany Ferguson was spitting straight facts in regards to the online dating culture, she mentioned something crucial that has stuck with me for this week period. The seeking of affirmation from strangers, today I'll be talking about Tinder because it's the online dating app I've been on in the past several years. Tinder is interesting, that's all I can really say, there are no real words to explain that app.

When I joined Tinder for the first time briefly at nineteen-years-old, I downloaded the app and quickly made a profile because I was genuinely bored. I wasn't on there to find the "love of my life" or "hook-up", I just did it. After I downloaded the app, it became a game of "how many matches can I get?"

It became fun, swiping away and stumbling upon old childhood crushes, cute boys from lectures that I was too afraid to speak to, and the boy that bullied me in seventh grade. Sucked into the game, the matches became an accomplishment. Running to my friends and letting them know that I matched with "this boy from high school" and "you won't believe who just messaged me!".

I've never been on a "real" date with anyone from Tinder, but I would say that I've developed friendships or acquaintances with Tinder matches. As I said before, I've never taken Tinder too seriously, so I kept it at a good firm pat on the back and fist bumps. I'm fully aware that I'll never meet "the one" and the games continued.

As I continued watching Tiffany Ferguson's video, she made a remark that kept replaying in my head, the seeking of affirmation from strangers. Yes, feeling worthy from a dating app sounds weird but it's true. The more matches I obtained, the more I felt "good enough" or "pretty" because a stranger swiped right on my profile.

Strange? I know. Were my pictures good enough? I didn't want to allude to anything sexual in my profile, but will I get someone complimenting me? Someone saying "Damn girl!", "You're so pretty", or "Hey cutie!". Hearing something affirming to boost my ego for a brief moment from a complete stranger.

I'll be honest, I've barely been approached by men in person, so the small ego boost from a message helped fuel my insecurities. Maybe, for once in my life I finally felt like men actually wanted me?? Now reading that back, it's a realization of the toxicity of the app, the "fake" affirmation from strangers. Was this "game" that I played turn into a form of twisted self-care to fill my ego?

That simple affirmation was all I needed from these men and when I received it, I just wanted more and more. I let Tinder affect my emotions and how I initially felt about myself and it's eye-opening. Will I be deleting the app anytime soon? Probably not, unless the love of my life suddenly pops up and I get the urge to delete it all. Your affirmation shouldn't be relied on complete strangers to fill your ego and comfort insecurities, thank you, Tiffany.