Scientists Prove Over-Studying is Real and it's Time to Stop

Scientists Prove Over-Studying is Real and it's Time to Stop

We've all only ever been told that you can't study too much- but is that true? Researchers and scientists are here to give us the truth. 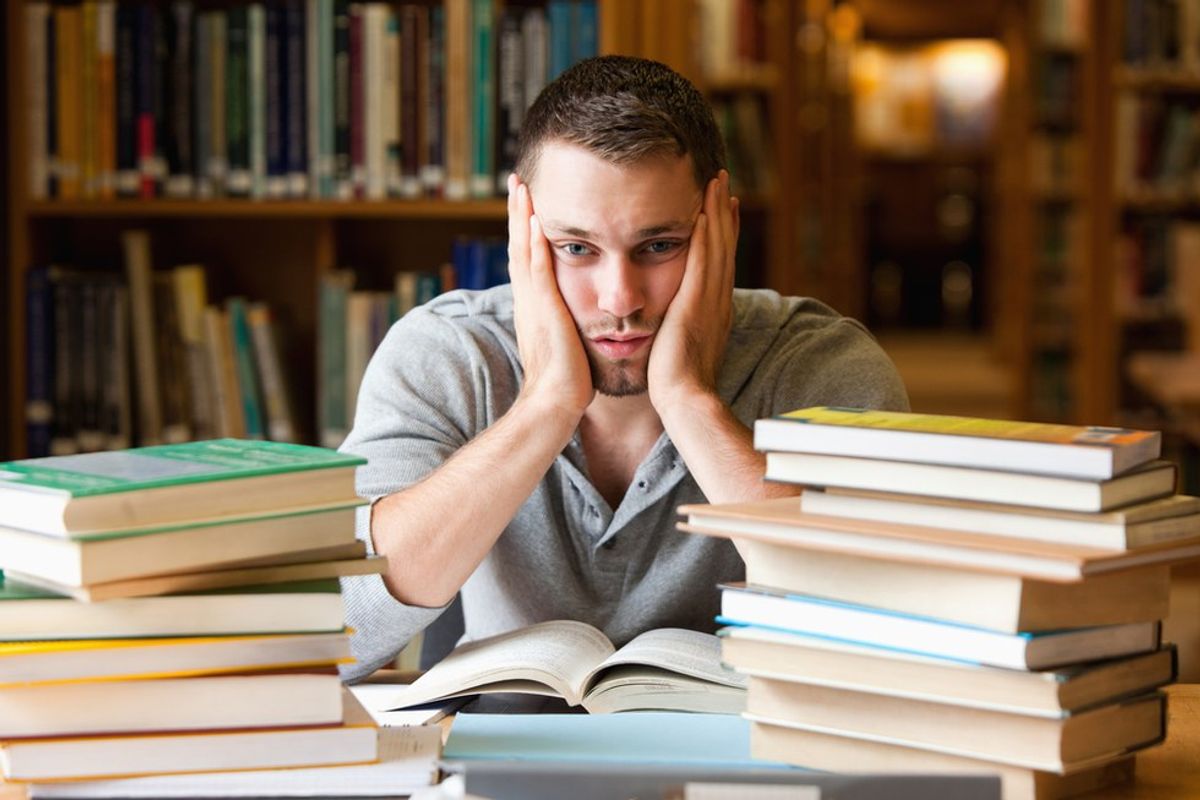 College classes are hard. Not always because of the content but also, especially as a freshman, because of the environment. Even if you developed good study habits in high school, you still have to adapt your study habits for college. It’s a common belief that you can never study too much, but research actually shows the opposite is true.

Over studying leads to stress and anxiety, stemming from test anxiety or lack of good sleep. This type of anxiety leaves your body keyed up at all times, and leads to overreaction. You’ll feel rattled, have a hard time concentrating, and make those dumb mistakes we all get frustrated about. Ohio State University taught mice to get out of a maze, and the mice repeatedly completed the maze, having clearly learned what they need to do. However, when a more aggressive mouse was added to the maze with them, causing stress, the animals initially forgot which way was the right way. “The stressed mice didn’t recall it,” says Jonathan Godbout, the lead researcher, “The mice that weren’t stressed, they really remembered it.” Just goes to show that over studying and stressing yourself out is the cause of those annoying mistakes. The brains of the mice became inflamed, leading to the short term memory loss.

Stanford researchers did a study on over-studying and its effect on students. They found that students that completed “more than 3.1 hours of homework per night” experienced physical health problems, depression, sleep deprivation, academic stress and a lack of balance in their lives. Results showed that even studying more than 2 hours per night can be counterproductive. If you’re like me, studying for 3 hours is the minimum for the day, even 3-4 hours per class.

A British online newspaper called Independent also reported that “Britain’s schools (and arguably all of our schools) are suffering from a rise in self harm, anorexia, and other mental health issues because of a focus on constant testing.”

The over studying epidemic is global, and all you have to do is search “Adderall abuse trends” to pull up hundreds of articles that detail how young adults, specifically college students, have increasingly turned to prescription drugs like Adderall and Vicodin to study for longer periods of time. College students are twice as likely as peers that aren’t currently enrolled in school to abuse Adderall (addictioncenter.com). A study that ended in 2011 showed a 64% increase in prescription Adderall abuse over six years, and that was five years ago.

When we grow up we are classically conditioned to believe anxiety on test day is normal, and it means you’ll do well. Eventually, this process of stressing, de-stressing, and stressing again takes a toll on our body, soul, and minds. Then, in college you’re alone by yourself with you and your stress and you finally see the problem, but think it’s too late to fix, and that we’ll just be stressed forever. Fortunately, that’s not the case.

Kansas State University detail five strategies to “psych down” before tests, classes, and study sessions. Each technique is made for different types of people with different stresses and mind sets. I highly recommend checking these out to get some much needed R&R advice, and drive the point home that we all need to learn how to relax.

The education system we have today makes us feel like we have to study so much, that we have to succeed every time, and that if we don’t make a good test grade then we’re going to fail. Nico Lang wrote a comedic article detailing signs that you study too hard (found here), but it’s sad that we can all relate to these so much.