Women On Fire: Two Sides Of The Thin Red Line

Discussing the differences in structural and wildland fire management in the line of fire. 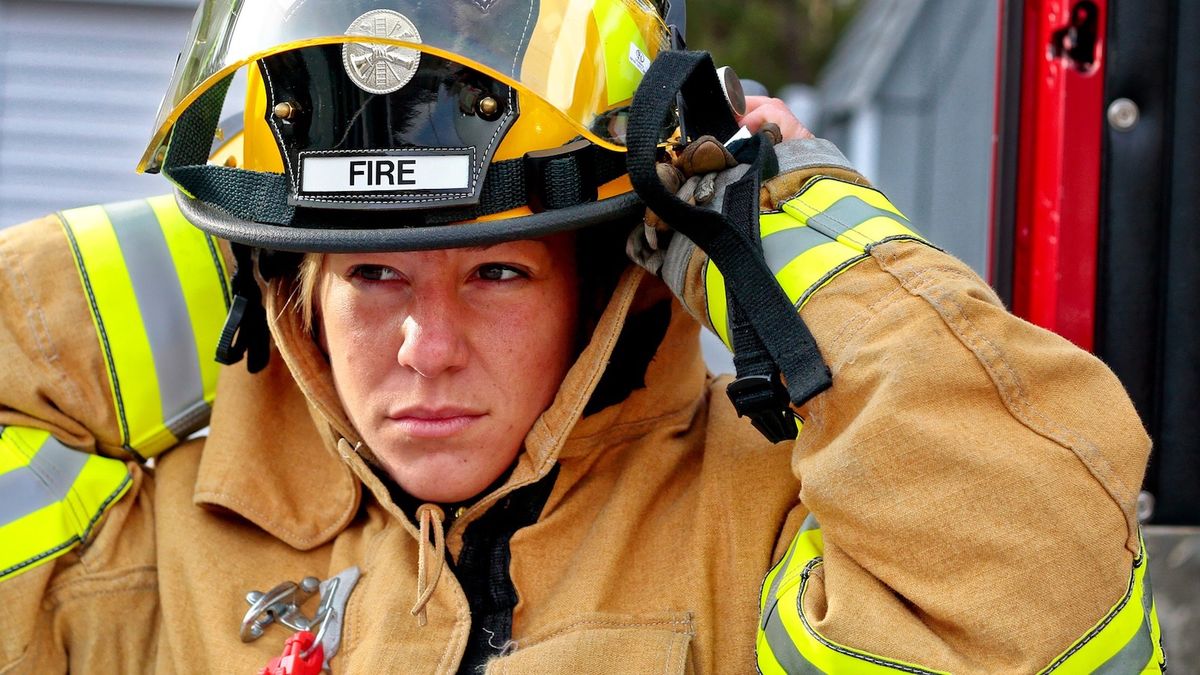 In a previous article on Odyssey, I touched on the struggles faced by women (and men, too) in the wildland fire community. For many, this was new and uncharted territory in terms of thinking about how broad the fire service really is.

As a woman with both structural and wildland fire experience, I often find myself expecting others to know the differences in each line of duty. More often than not, this is not the case. Many individuals or civilians have no idea the differences in what each emergency situation offers. For instance, it is not common knowledge to know what distinguishes structural gear such as an SCBA (self-contained breathing apparatus) from wildland fire gear such as a fire pack. While it is not possible to know the intricacies of every career path available in the world, explaining and communicating the differences of those on either side of the thin red line is beneficial and helps shed light on the demanding physical aspects of each job.

Before one can understand the differences in protective gear, one must understand the differences in fire behavior. Fire ignition can be understood in terms of a model known as the Fire Triangle which highlights the three elements needed for a fire to light: oxygen, heat, and fuel. The fire triangle is broken under a condition known as movement heat transfer, or when heat moves from one fuel source to another.

The three methods of heat transfer include: conduction, convection, and radiation.

Conduction occurs when heat transfers from one object to another (this does not have to include a fuel source. This can be a noncombustible object).

Convection is a heat transfer process that occurs when lighter hot air from a hostile fire moves upwards, and can cause a phenomena known as "area ignition."

Radiant heat is akin to a ray or wave of heat, and can dry or ignite surrounding fuel sources.

Factors affecting ignition include weather, topography, and fuel sources. Understanding these basics of fire behavior helps guide you in the understanding of fire management.

While each type of job requires some type of personal protective equipment (PPE), there are various components required in each. Nomex is an integral part of PPE in terms of protecting the rescuer from proximity work near an active burn or fire. Nomex was developed by a research team sanctioned by DuPont to aid in thermal resistance in nylon fibers. Beginning in the latter 1950s, laboratory production and evaluation of these original fibers began. Nomex nylon was announced and adopted in 1963, and commercially available by 1967. Per DuPont's FAQ page regarding Nomex history,

"Nomex® is an inherently flame-resistant, high-temperature resistant meta-aramid fibre that doesn't melt and drip or support combustion in the air. A key factor in the protection provided by Nomex® is its ability to carbonize and thicken when exposed to intense heat."

It is common to see structural firefighters in PPE known as bunker or turnout gear. These come in a variety of colors, but each typically sport reflective safety stripes around the waist or cuffs. Modern bunker gear typically consists of a trouser/jacket combo, providing the rescuer extra protection and more freedom of movement, in contrast to the historic use of long, rubber trenchcoats.

Per the National Fire Protection Association's NFPA 1971 Standard on Protective Ensembles, turnout clothing for structural fires consists of a trio of components: an outer shell, a moisture barrier, and a thermal barrier. These layers contain air pockets in between them referred to as "dead zones." These layers of air, along with additional layers of protection inside the gear, help to further insulate the rescuer from fire.

Given the nature of the job, wildland fire response and relief requires entirely different PPE as compared to a structural firefighter. The two major threats to a wildland firefighter are the external heat source, as well as the internal heat created from physical exertion. Increasing the protection against one is likely to decrease the effectiveness of protection against the other.

Historically, the U.S. Forest Service and related agencies adopted the use of standard "work clothes" such as cotton dungarees or thicker work clothing. Then, in the 1960's, the USFS adopted the use of flame-resistant materials. Eventually, in the 1970's, meta-arid materials such as Nomex were adopted to provide "radiant heat protection." More recently, fabrics such as PBI TriGuard have been adopted to further aid in providing wildland fire protection.

According to the June 2014 Wildland Firefighter Personal Protective Equipment Selection Guide provided by the Department of Homeland Security, "there is currently little formal guidance available for the proper selection of WLFF PPE. Fire departments must independently determine which commercial product best meets their needs.

To further elaborate on the complex differences in both fire behavior and rescuer requirements in dealing with wildland fire interface and structural operations, the Federal Emergency Management Association released a student manual introducing wildland and urban interface to the structural firefighter. Released in May 2002, it stressed the dangers and complexity of wildland fires to structural rescuers.

The following is an excerpt from the manual:

"While structural firefighters typically locate and apply extinguishing agent to the seat of the fire, such activity may be difficult at best, and impossible, in some cases, in the wildland. Therefore, indirect methods of extinguishment may be used. Indirect attack is observed most frequently during periods when the fire perimeter is permitted to expand in order to control the fire at a geographic point, or to permit construction of adequate fire lines."

Tactical methods including indirect versus direct actions, immediate versus sustained, and mobile operations versus static are all emphasized in the manual when dealing with wildfire.

Understanding the basic differences between structural and wildland fire operations helps both the rescuer and any individual able to understand what must be done to maintain the fire, as well as obey the chain of command on an incident scene.

Utilizing proper PPE, and knowing what to take into consideration when selecting personal protective equipment also helps the rescuer better protect themselves in the literal line of fire.

5 Reasons Why I Will Take An Unpaid Internship