It will reel you in and probably stress you out. 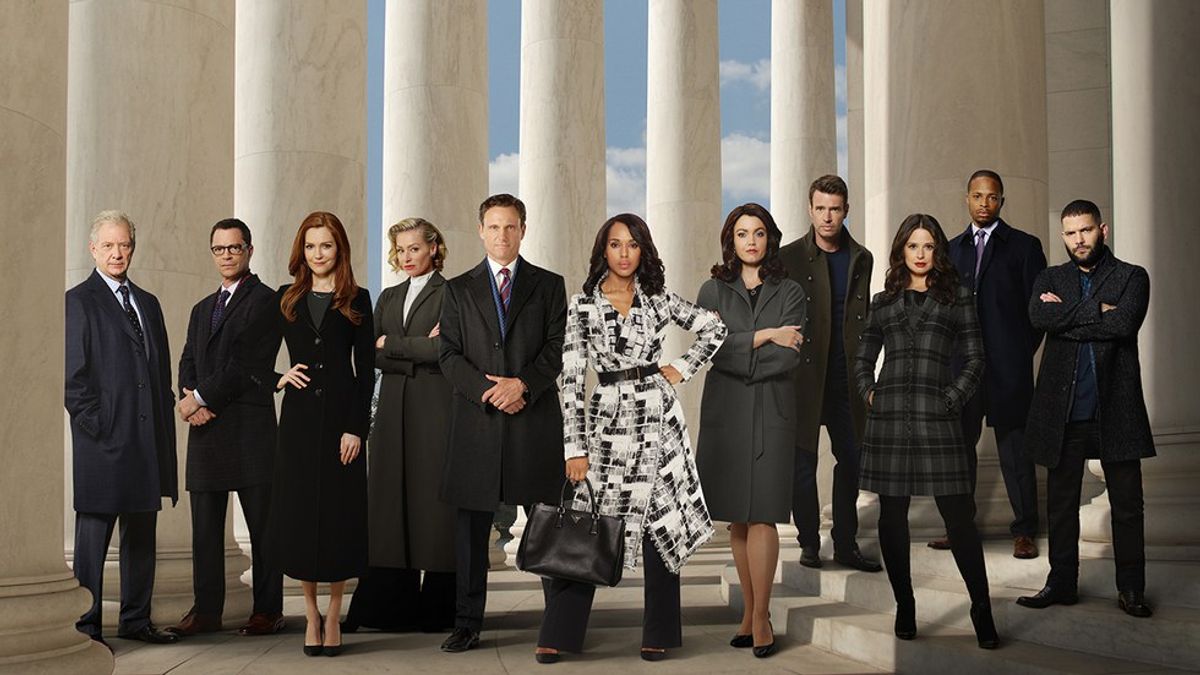 I really have a problem with binging shows on Netflix. The first step is admitting it, right? Okay but seriously, I know how to pick a good one. Considering this is definitely not the first time I've reviewed a series, you should probably listen up if you're in the market for a new life consuming hobby.

Scandal is a current show that runs on ABC. I had heard of it before, but I never bothered looking into what it was actually about. The reason I got so interested is because of this map that I came across on Twitter, which I'll attach below. It shows the most popular TV show in every state ("Shameless" is #1 in Pennsylvania and I was thrilled), and "Scandal" was sweeping the country.

I was so confused about the popularity of this show I literally knew nothing about! I at least had some familiarity with the rest of them and I really did not like being out of the loop. (Here's the part where I sell you on it)

I did some research and realized "Scandal" is exactly what I need in my life. I was in post-"Shameless" depression and I couldn't decide what I wanted to watch next. Turns out, the whole show is centered around a really successful and particularly badass lawyer named Olivia Pope. She basically has all of Washington D.C. and the White House under her control with the help of her partners at the firm she runs. Not only am I a nerd when it comes to history and politics, but lawyers and crime drama have always reeled me in. Olivia is everything I aspire to be: intelligent, independent, and confident. Not to mention her career path, I mean I wouldn't mind that either.

Honestly there isn't much I can talk about without giving something away, but that should be all the more reason to watch! There are so many twists and shocking revelations within each 45 minute episode (shoutout Shonda Rimes); you definitely have to be a good listener if you want to understand what goes on. It features the President of the United States, the Attorney General, members of Congress, White House staff, and of course, Olivia's self-proclaimed army of "gladiators". There are sub-plots within each episode that weave all the characters together, which makes it even more exciting.

I realize that politics is not everyone's cup of tea, but I promise that's not the only reason it's so hard for me to stop watching. The world needs an Olivia Pope, and I promise you do too. "Just trust me." ;)