Losing My Best Friend Made Me Better

Saying Goodbye Can Be Good, Too

How my experience of my best friend moving away changed my life for the better. 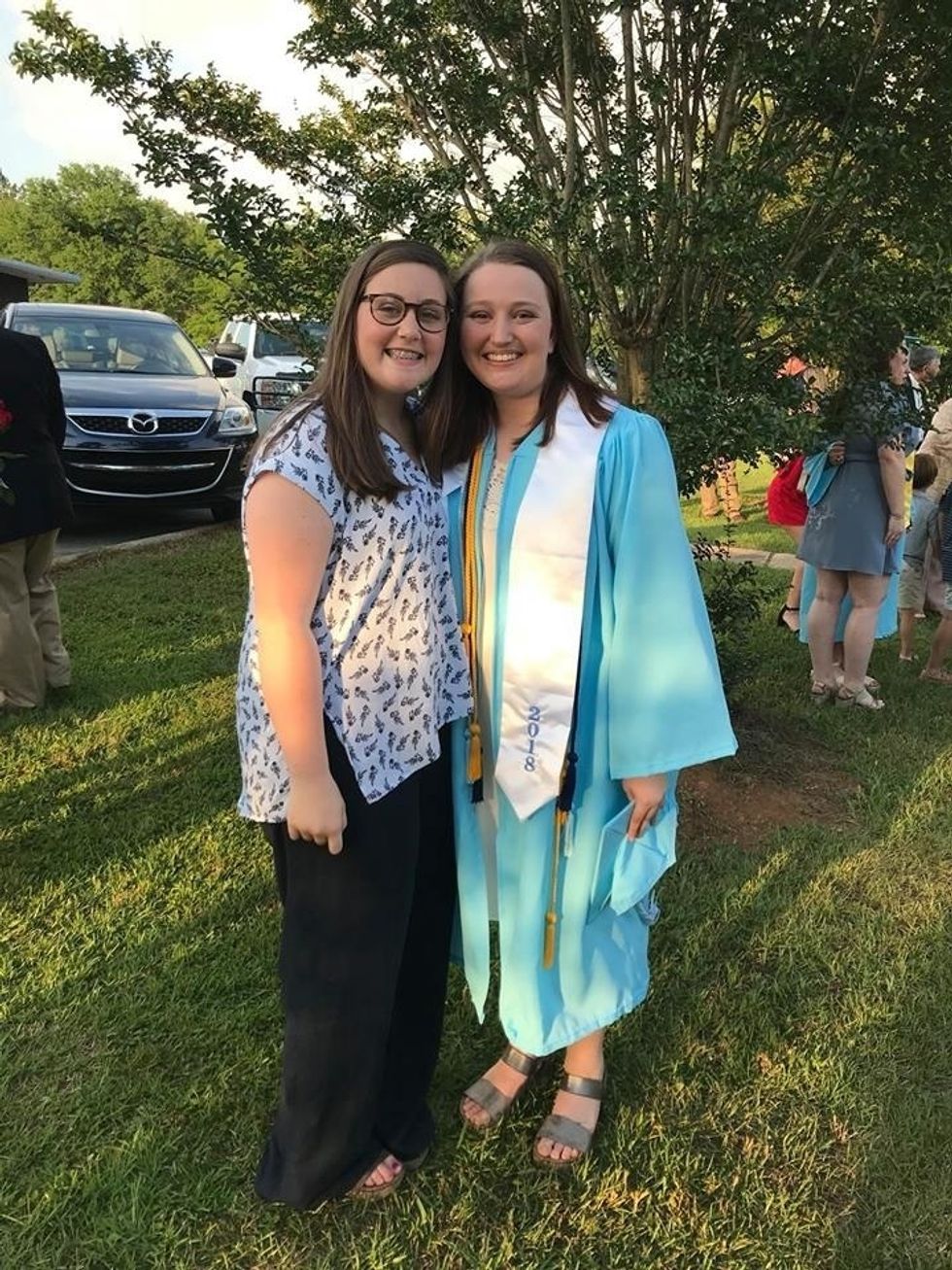 In the summer of 2017, I learned that my best friend in the whole world would be moving away.

This news was a shock to my system. I was a part of their family, and she was like my sister. We had only been friends for a little over a year, but we were closer than any other friend I'd ever had.

We were best friends, and that didn't really change, but other things did.

I was prepared for our lives to change. She would be two and a half hours away. She would be at a new school, church, and she would have new friends. I was ready for that, but I wasn't ready for the strain that distance put on our strong friendship.

At first, I basically lived there too, but things HAD to change.

I was down there once a month, sometimes more. I was still a huge part of her life, and she was a huge part of mine. Little did we know, we were both changing, and that started to cause some serious problems. None of us really liked the fact that we were learning to live normal lives without each other. I was hanging out with my childhood friends and she was reuniting with some of hers and making new ones- this was a hard pill to swallow for both of us.

One day, we realized that in order to make all of this work, we had to take a break.

So we did. We talked it out and decided that taking a break would be healthy for both of us and that neither of us wanted our friendship to end, so we'd do whatever it took. What was supposed to be a week turned into a month, and a month into two. We would occasionally snapchat, text, or talk on the phone. When I lost my long-term pet, she was the first person I called, but we knew things were different.

She's still one of my best friends, but we're both capable of thriving without being connected at the hip.

She's going into her Sophomore year of high school, and I'll be a Freshman in college. We still talk almost every week, and if anything important, good or bad, happens, she's the first one I call to tell. She has a boyfriend, and I'm still figuring that out.She's my biggest supporter, and I'm so glad that I have her in my life. However, saying goodbye and watching her drive away allowed us to become our own people, and I love her even more now that she's not here.

Saying hello to every opportunity, person, and experience made it all worthwhile.

I didn't write all of this to say that when your best friend(s) move away (yes, most of my childhood best friends moved away, bad luck, huh?) that everything gets bad for a while then gets better. I can say that this doesn't happen sometimes. Sometimes it's a clean break; they leave and you never speak again. Other times, you never lose contact. Losing a friend is never easy, no matter how, when, or where it happens. Instead, I wrote this to say that without being open-minded this experience could've been much worse.

I grew up really quickly when they left: GOOD.

My best friend's parents were our youth ministers, and her dad was leader of our youth group's praise band- Chapel. We had written a CD; we play every Wednesday night, and we played the occasional gig when possible. When they left, it left our group without a leader. Two of us stepped up to lead, and our praise band has remained strong. Her family leaving made me a better leader, and it showed me how to lead with grace and confidence, even if I did have a few bumps along the way. (Thanks for sticking in there Chapel, I know some days were tough)

I realized that I had more friends than I thought: GOOD.

I learned who my true people were my senior year of high school, in fact, I wrote about them last week. Not only those two friends, but others in classes below me in school, people who don't go to school with me, and people who are well out of high school. I learned that having a few close friends is better than a ton of acquaintances, but I also learned that having acquaintances is good for you too!

I found my passions and chased them like there was no tomorrow: GREAT.

I always knew that I loved music, I'm in a band, I've released two CDs, and writing songs is my favorite hobby; however, I realized that you can be passionate about more than one thing! I realized how much I loved writing, and I did it more often. I wrote stories, poems, and even school papers with happiness, and that's one of the reasons I've decided to go into Secondary Education- English, so that I can pass on the love of writing to the future generations. I've begun writing my own music as well, and I'm planning to pursue music in the future as a worship leader and possibly even professionally.

Watching my best friend leave her former home in Aliceville for the very last time was so hard. In NO WAY was that easy, but over a year later, I realize how good it has been for the both of us. We've both grown up, changed, lived, loved, and become happier people. I'm proud to know that I will always have a best friend, confidant, and sister in her, but I'm even more proud that we can live separate and equally successful lives. As hard as it was to watch her leave, I know that this move was what was best for each of us. Hard times ALWAYS lead to better times if we let it, and it's time to start letting it.