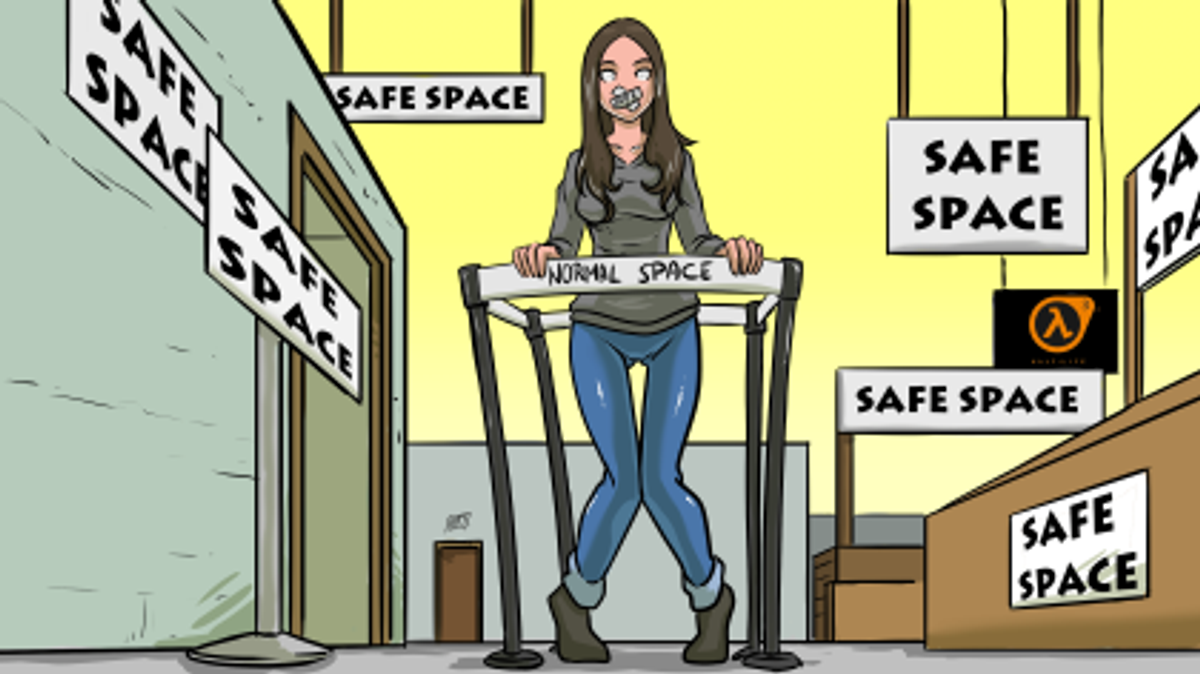 Erika Christakis, the associate master of Silliman College, sent out an email to the community in regards to her thoughts on Halloween costumes that some people deem offensive. In her email, she writes, “…if you don’t like a costume someone is wearing, look away, or tell them you are offended. Talk to each other. Free speech and the ability to tolerate offence are the hallmarks of a free and open society.” That seems completely reasonable. It certainly is how I would handle such a situation. Apparently, Christakis broke a taboo at the Yale undergraduate community. Students surrounded the associate master’s husband, who is a sociologist, in protest, and a sophomore engaged him (Warning: Foul language). While both the reason for the protest and the crass way she engaged him were highly inappropriate, one line she said really disturbed me, “It is not about creating an intellectual space… It’s about creating a home here!”

That’s right, instead of focusing on learning, ignoring what they found offensive or even engaging in a proper debate, these students launched into a frenzy of exactly what they want to defend against: intolerance. They cared more about feeling at home and “safe.” I’m sorry, but college is not meant to be your home and it should keep you safe from things that actual cause harm, like assault, not a benign difference in opinion. Students like these are turning colleges from institutions of knowledge to institutions of fragile emotions.

Professors are slowing seeing that some students don’t care about the academic material, but rather they look to see if the material presented matches their views. One professor did not get his contract renewed because he had students read texts from Mark Twain that they saw as offensive. Mark Twain, the classic American author, whose books were read by most high school students, caused college students enough distress to report the professor. This isn’t an isolated incident. Many like it have, and continue to, come to light. One professor even wrote an anonymous article about how he fears for his job because of what he teaches. Apparently professors need to start teaching based on emotion and not intellectual value.

Another contribution to the issue are “safe spaces.” These places are meant to be where students can feel “safe” to express themselves without fear of being judged, ridiculed, etc. The main problem with that is what is “safe” to one person does not mean “safe” to another. What if I write a poem that someone may deem offensive and say it in a safe space because I feel “safe” to recite it? Then someone in that space gets offended by it, whose “safety” comes first? Safe spaces are one of the most selfish ideas on campus. When someone says they support safe spaces, they are supporting a safe space for themselves, not for everyone.

College is not for the people who need to feel protected from differing values. College is meant to be a place where differences in ideas can be exchanged in a positive manner. If you want a “safe” space or community, go back to your parents' house, not your classroom.

Nicole Marie Nigro
Individual Creator
7794
c1.staticflickr.com
Where to start...... Let me start with the cliche that life throws us curveballs and what we do with it is what counts.