Are We Ever Really Safe?

Are We Ever Really Safe?

Should we even bother worrying when something scares us? 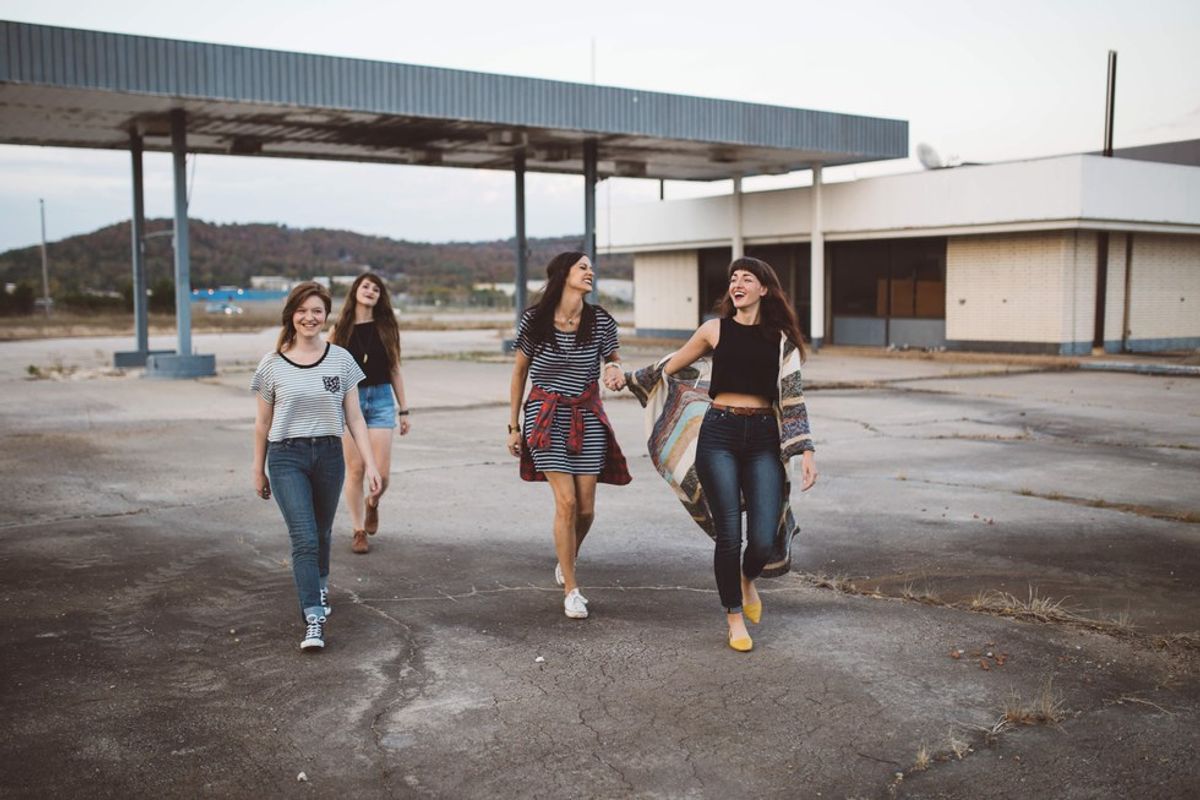 I think the idea of safety is an illusion, a constructed atmosphere relative to where we are, what we've learned about this world, and who we know. Honestly we are never completely safe, you can ask any victims of bombings, unexpected natural disasters, or sudden fires. Wires fray, beams break, people trip, and glass can crack under no specific pressure besides the weight of luck. I hear sirens blaring outside my window all night, every night, but they don't bother me. I'm used to them, another sound of the cacophony of urban life, and even though in the back of my mind I know they are going to or from something sad or unsafe, I can't seem to be bothered.

But it's different when you're there. It's different when you see the blood or watch the house burn down, there's a mix of helplessness and happiness that it's not your problem or happening to you. It's a strange pull of excitement but repulsion of danger. I always thought I'd be distant from those things, I grew up very lucky, very loved, and very safe. Yes, my neighbors' house burnt down when I was little and I've had my fair share of ER trips, and even my own father was a pain to deal with- the drama of an addict- but I've never been in a hateful and violent situation really. But I had the chance to witness one Friday night.

While my friends and I were walking out of our resident hall we noticed there were drops of blood on the street. We had confused and comical outbursts of profanities and disgust, still lighthearted, like it was something that we would pass and remain unexplained- but it grew more serious when the few drops turned into a cluster, and then a small puddle.

That's when he came around the corner, when I saw everyone calling 911, when I saw where the blood was coming from exactly, and when we realized this wasn't some joke. I pulled my friends back inside, ran to the security guard desk and told him there had been another stabbing. The ambulances came and we went back to our dorm- "safe" and sound.

Now here's my real point: I'm not trying to act tough, or like I handled this situation so well, or even like I'm traumatized and asking for your empathy- I just want to know when we should stop feeling safe. When should something go off in your brain- a little *ding*-this-won't-end-well-get-out alarm in your head to tell you to leave? We aren't really ever safe, and maybe that's what I see as a pessimist, and maybe that's why I wasn't freaking out over the worry of being stabbed myself but rather the concern of the man bleeding outside my school. I am aware of the fragility of life- because I've seen it destroyed- and the means one must use to protect themselves from the daily hazards. I am aware that life happens, bad things happen but that has never deterred me from feeling unsafe or even safe- something bad could happen at anytime, the increasing of risk is such a slight percentage out of all the horrible things that could happen that it seems silly to worry too much. Life is a hazard in itself. As a women, this is built into me. As a woman in the city, this was drilled into me through power points, caring adults, and united friends. But as a human, it becomes pessimistic to believe this way, for some reason, people see this as overly protective, paranoid, or nihilistic. Maybe since I'm a woman I was brought up to expect the worst, so when a simple stabbing occurs to some 45 year old man I have nothing in common with, I don't feel like I'm in direct danger. I don't feel like they're out for me. I'm concerned for those who may be in danger, but I can't fear for myself on the principle of fearing for others. Is that selfish? Maybe. It's not that I don't care, I just doesn't frighten me. It's a bit unsettling, but that's all.

I'm sorry for those who were hurt tonight, and I hope these stabbings come to an end. This unexplained and unnecessary violence is absurd and just needs to stop.

Not for my safety- such an arbitrary term- but because with all the crap that our lives already throw at us, we really don't need to be adding fuel to the fire.