For now, I love doing this too much to stop, and this has helped me find really discover my role and strengths in this world. 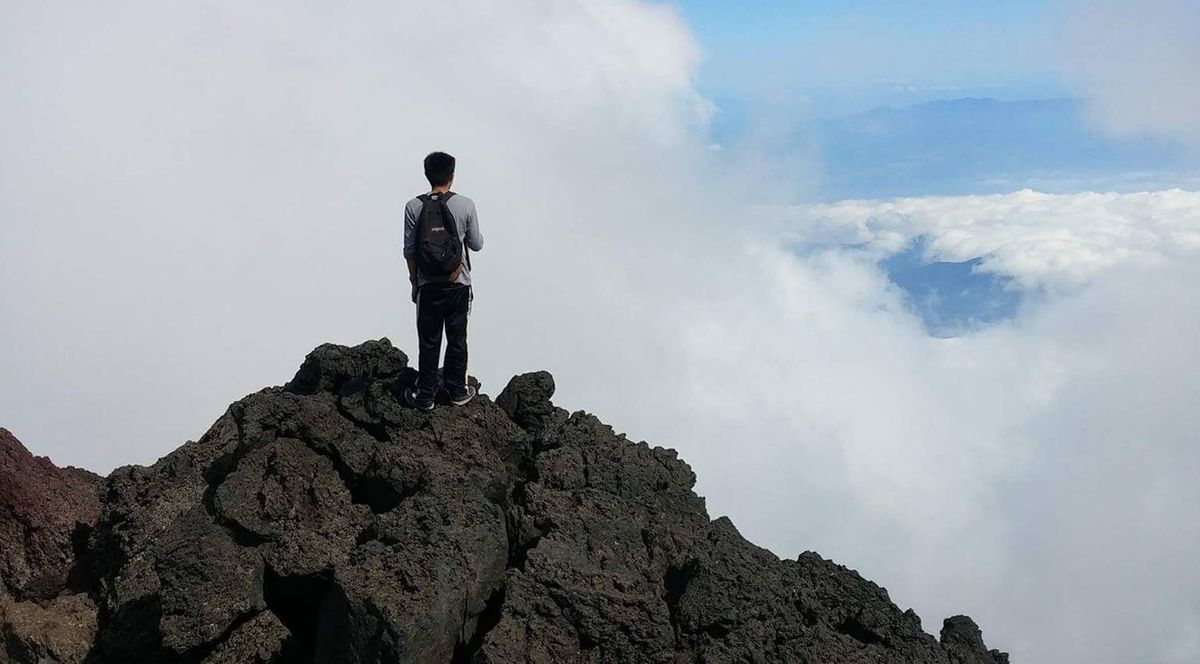 In June, I started writing feature articles of the people I knew around me, trying to figure out what defined their stories as people. I started with my friend John, on the SUNY Geneseo Cross Country team, who I featured on a whim just because I wanted to do something different with Odyssey articles. I had to write one every week as part of my job, and I thought, well, why not start doing it for other people rather than myself.

The one I did for John was one I did for a sole reason: because I had to, and I could. He was someone from high school I hadn't seen in a long time that popped up as I was on a lengthy plane ride to a fellowship in Japan and that I wanted to do something cool and nice for.

Then, I hit one of my close friends from school, Luis, who had, in our interview, told me about his upbringing and how his father died when he was six and his mother was incarcerated for a couple of years, and that's when I started to realize the effect these had in really telling people stories. I was here trying to tell the story of Luis's life, and I knew that I could not fuck this up. If I was going to make sweeping generalizations about people's lives, well, I wanted to hit as close to the target as I could.

After reviewing with John and reviewing with Luis, I was overwhelmingly surprised to hear their positive feedback, and upon reviewing with some other mutual friends we had, they thought the articles were good too. Once published on social media, I was genuinely shocked to see these articles shared and liked hundreds, and sometimes thousands of times, and I remember thinking God, I actually did something meaningful.

For the past six months, I would have another one in every week, featuring someone different, some people I knew very well, and some I didn't know well at all. No, it wasn't real journalism because I simply re-hashed the version of a person that they showed me. But real journalism or not - these articles had a tremendous influence on making me know and appreciate the people around me better. They had an influence on people's families and friends and finally gave recognition for things they did that were rarely recognized before.

But the people I featured and their friends and family would thank me over and over. Lukas Mees would tell me that his grandma wanted an original copy because she liked his so much. Luis's mother would be my biggest fan of every single article I wrote. I would see my high school coach, Gregg Cantwell, genuinely surprised at the outburst of support he got following his firing from being a coach, and famous professional runner, Kyle Merber, would share that article. Michael McBane's fiance would share my article - and later one of McBane's friends would message me in confusion about the honorary nature of the piece, asked if I had written his obituary.


They are ambitious undertakings - I know that, but I still write each one lamenting the various places I messed up - the grammatical errors I missed, the lack of quotes from other people, the parts of their lives I omitted and the questions that could have opened the door that I forgot to ask. I wrote about significantly more men than women. I really struggled to go outside my comfort zone in terms of the people I interview and what stories I tell - especially when school started and I didn't have much time.

My coach, Lance Harden, has been my biggest critic of each one as a mentor to me - of the various things I omit in people. He told me the biggest flaw in my strategy of corresponding the most directly with the subject - that they would just be appreciative that I'm doing it. I know if someone came up to me and decided to write an article about me - I would have just been very appreciative if they said, "Ryan is a nice guy," added 100 more words of generic fluff, and left it as is. Fortunately, the only way to assuage the critic is to write an article about him, which I plan to do soon.

I dealt with a lot of people that shied away from the spotlight and attention, and with those people, I should have talked more with the people closest to them. For a brief amount of time, when I was struggling to adjust at the beginning of my semester, there was a point where I wrote only my Cross Country teammates as runners, and I feel like I did a disservice to them because no person is just a runner. I harped on cliches of resilience and perseverance because each of these articles took nothing short of hours and 1500 words to do. Sometimes, I focused more on people's careers rather than their lives, which shouldn't have been the case.

But each one was a constant in my life every week. In a lifestyle defined by inconsistency in sleep, diet, and whatever else I do wrong, these articles were something I did every week over and over. I would e-mail people interview questions, get outside quotes, write the articles on a night I struggled to sleep, and then have a back and forth where I did my best to perfect it. Again, it was a flawed strategy, but I'm proud of what I did and the meaning behind every single thing I've tried to give to the people around me.

I've learned a lot in the process. My audience liked certain ones more than others - the stories that were the most relatable to themselves at that point in their lives were often their favorites. Even my contributing editors said that different articles were more palatable to them - and that makes sense: we love the stories that are close to home, the ones that inspire us the most. The people that read these articles were people that I never knew, including the SUNY Geneseo Cross Country team and Luis's church in Oregon or people that I hadn't seen or talked to in years.

I imparted a lot of the wisdom I gained from how people handled their own environments in my own daily life - like the mantra I used to describe McBane, "getting people to believe in themselves," is something I've applied to my own interactions with people around me to great effect. I've learned to give every person the benefit of the doubt and give everyone a chance I can give - because that's probably what I'd want from them.

Unfortunately, the last thing I learned was that I had to care for myself a little more. Here I was, asking these people to be advocates for themselves and spokespeople for their own lives, and now I challenge myself to do the same from time to time. Writing, for me, is often a powerful tool towards self-awareness and maturity - something to make sense of things and stop myself whenever my mind started going into spirals. I'm far more effective of a writer than I am a speaker. I lost that a bit this last half of the year because I didn't focus as much on myself.

For now, I love doing this too much to stop, and this has helped me find really discover my role and strengths in this world. I'm vastly improved at listening to and telling people's stories.

But for now, it's time to give my effort to at least tell some of my story, too, and be at least a little more selfish. I need that balance. As Rabbi Hillel once said, "If I am not for myself, then who will be for me? And if I am only for myself, then what am I? And if not now, when?"