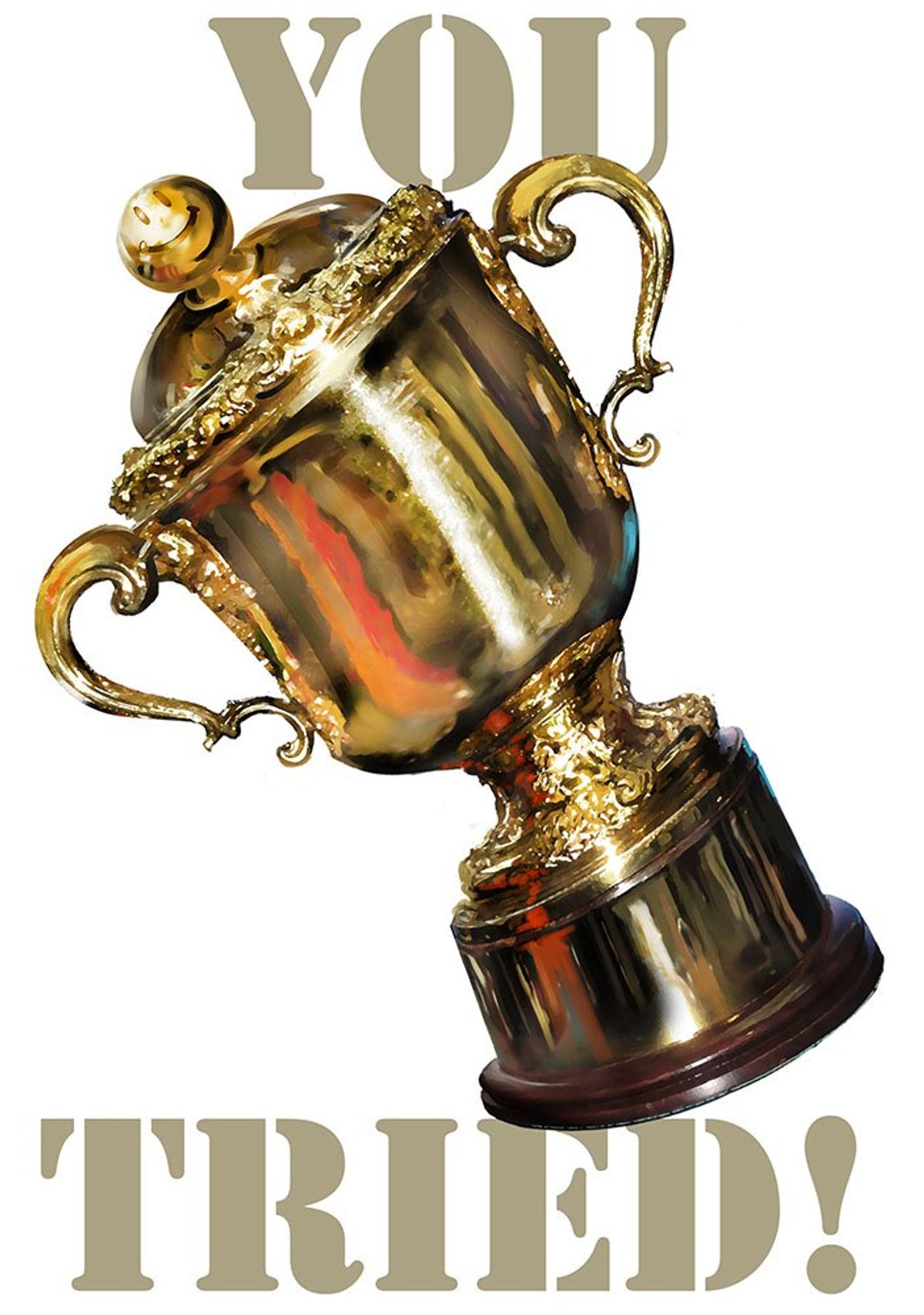 Throughout America, many elementary schools host a field day. This day of competition includes jump roping, 50-yard dashes, and other schoolyard feats of athleticism. On one such field day, my 8-year-old self-dashed and jumped her heart out only to receive a bundle of purple last place ribbons, not a single red, blue, or even white to be found.

Was I upset? Heck yeah, I was. I may not have been born a natural athlete, but I was a natural competitor. I hate to lose, whether athletically or academically. So when the next field day came around, I was ready. After weeks of practicing, I eagerly awaited my red ribbon after taking second place in the first event. Instead, I was handed yet another purple ribbon, this time, emblazoned with the words “Participation Ribbon”. After racking up three more ribbons that were identical to everyone else, I knew the places were gone and no matter how hard I worked my “reward” would be identical to everyone else.

Luckily I didn’t let that stop me, but the message of “A for effort” those ribbons send are starting to cement themselves in our society.

I know at least 10 parents who would discuss their children’s poor grades with teachers. Shouldn't a 15 year old be able to approach their teacher and discuss what they need to improve upon?

Now at least in the later case the grade is being talked about, I know of another parent who confronted a teacher when their child received a C on a test. But instead of asking the teacher what could be done to improve the grade, the parent berated the teacher, claiming he had told her daughter to study the wrong material and was discriminating against her because of her dyslexia. Not only could the child discuss the grade with their teacher, they also failed to take responsibility for their error.

Now that isn't a direct case of a participation ribbon but it follows the same ideological premise. Everyone deserves recognition or a good grade regardless of their effort or the end result. Everyone should receive the same reward to ensure no one's feeling can be hurt. But what we forget in that philosophy is exactly what Syndrome warned against in the Incredibles, "When everyone is special, no one is."

Rewards for participating are necessary for 5-year-old soccer when simply connecting their foot to the ball is a miracle in itself. The recognition builds self-esteem and love of the game. However, the "A for Effort" ideal must come to an end at some point. I mean you reward your child the first time they use the big boy potty, but do you give your 16-year-old a sticker every time they go? Rather than raising children with drive, we have fostered a generation with a sense of entitlement who have yet to experience failure. By babying our children way past the point of childhood, we are failing to properly prepare them for adulthood. Just as they fell while learning to walk as toddlers, they must now learn how to compete, and fail. Because if they don't fall down, they will never learn how to get back up again.