Our Changing Shopping Culture Is Killing Even More Retail Stores

Ever wondered why you keep seeing "Store Closing" signs? 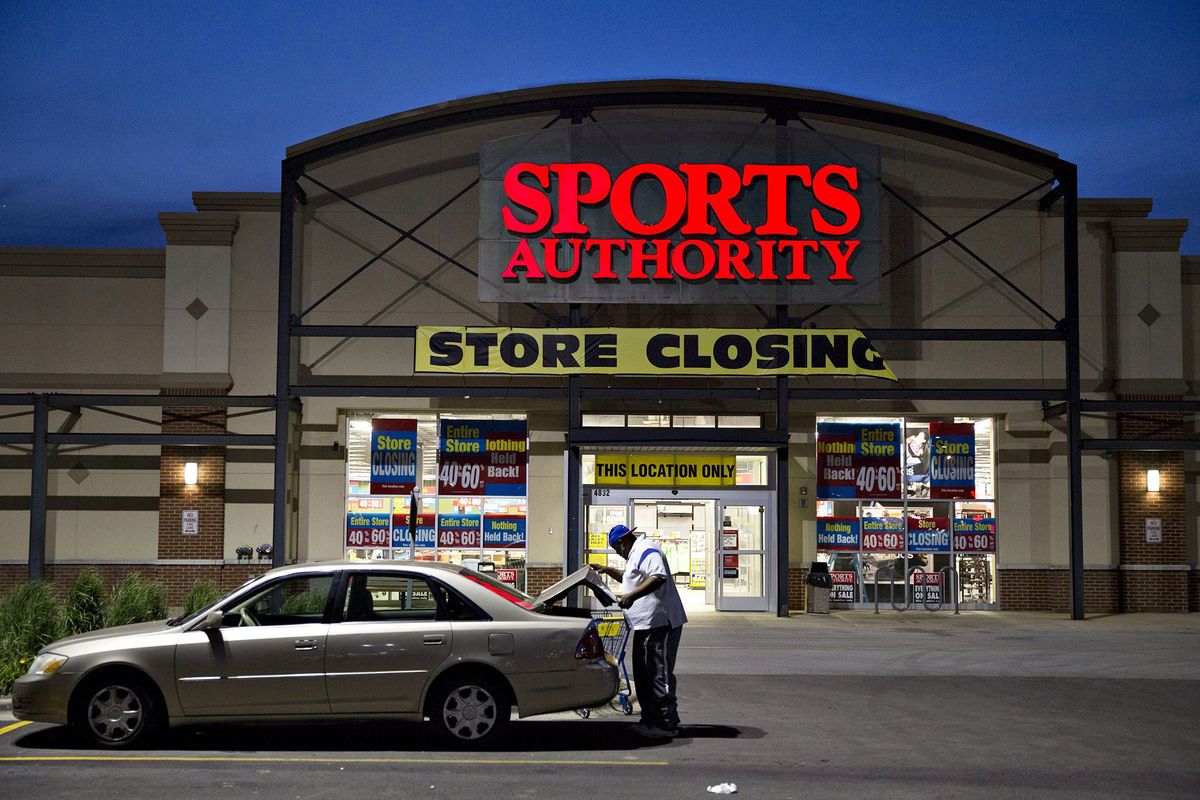 Shopping malls were once the favorite spot in town for teenagers to hang out. We see it in TV shows, and books and some of us may have even hung out there themselves. It's become a part of the classic American high schooler's experience. But it just might be too "mainstream" for Millennials and Generation Z, also known as the "hipsters."

More and more stores have closed their doors, and this trend hasn't spared the high-end brands either. Michael Kors is scheduled to close 100-125 stores in the next two years, according to a news release from May 31st. Ralph Lauren announced in April that they will be closing their flagship Polo store on 5th Avenue in Manhattan, and they aren't the only ones to be leaving Fashion Avenue. Kenneth Cole, Juicy Couture, and H&M have also either closed or relocated their 5th Avenue locations, according to a New York Times article.

Wet Seal recently closed all of their locations and is currently undergoing a change in business strategy. Previously, all their website displayed was a message saying "Thanks, babe, it’s been real." Now, their website displays a message thanking "seals" for their support. It promises "crazy things" in next few weeks and months, and hints at their new identity:

"You aren’t who you were yesterday and neither are we. Now, Wet Seal is the creative vision of a band of SoCal artists, designers, and creatives who are busy crafting the Seal of the future."

The list of major retailers closing their doors includes Macy's, Walmart, CVS, and Staples. The complete list can be found here. The question, now, is why is this happening? After all, the economy is doing better. Wages for middle and lower class workers have seen a steady increase. America's GDP has increased for a few consecutive years, meaning we are no longer in a recession.

The answer isn't just one thing: many people are ready to put all the blame on technology. Certainly, smartphones and online merchants like Amazon have made it much easier for consumers to shop from home. These merchants are able to sell their items at a lower price, mainly because their costs are lower. They don't have to worry about creating attractive storefronts, and hiring salespeople.

This obstacle is something retailers can fight against, much like Starbucks has. Starbucks' recently launched mobile ordering system has accounted for 7% of their sales in the last quarter. Through this feature, consumers are able to order from their phones, and simply walk into a store, pick up the drink and leave, boycotting the line. Their rewards system also encourages consumers to spend money with the promise of a free beverage/food item.

Part of the problem is that there is just so much retail space. Retail square footage grew twice as fast as the American population before the recession. There are simply too many stores. We have more retail space than Canada, Germany, and various other countries.

The final, most overlooked part of the problem is that our culture is changing. The recession taught us to value experiences more than material goods. This is seen primarily in the Generation Z and the Millennials. Restaurants have seen increased traffic. In fact, according to Business Insider, 2016 was the first year that Americans spent more money at restaurants than they did at grocery stores. Young people prefer going out to eat with their friends, and uploading pictures of their fancy food to Instagram and Snapchat, or going to parks and the beach. People are traveling more, and staying in hotels more as well. "Hipsters" don't want the mass produced items many retail stores sell. They want economically sourced, artisan items where every person in the assembly line receives a fair pay.

Shopping in a store is an experience, which people enjoy. Most people want to go to a store to choose their wedding dress, trying it on, looking through the racks — it's an experience, much like prom dress shopping. The bottom line is this: stores are closing and will continue to close for a variety of reasons, some of them having seemingly nothing to do with it. But stores will always, in some way, continue to exist.