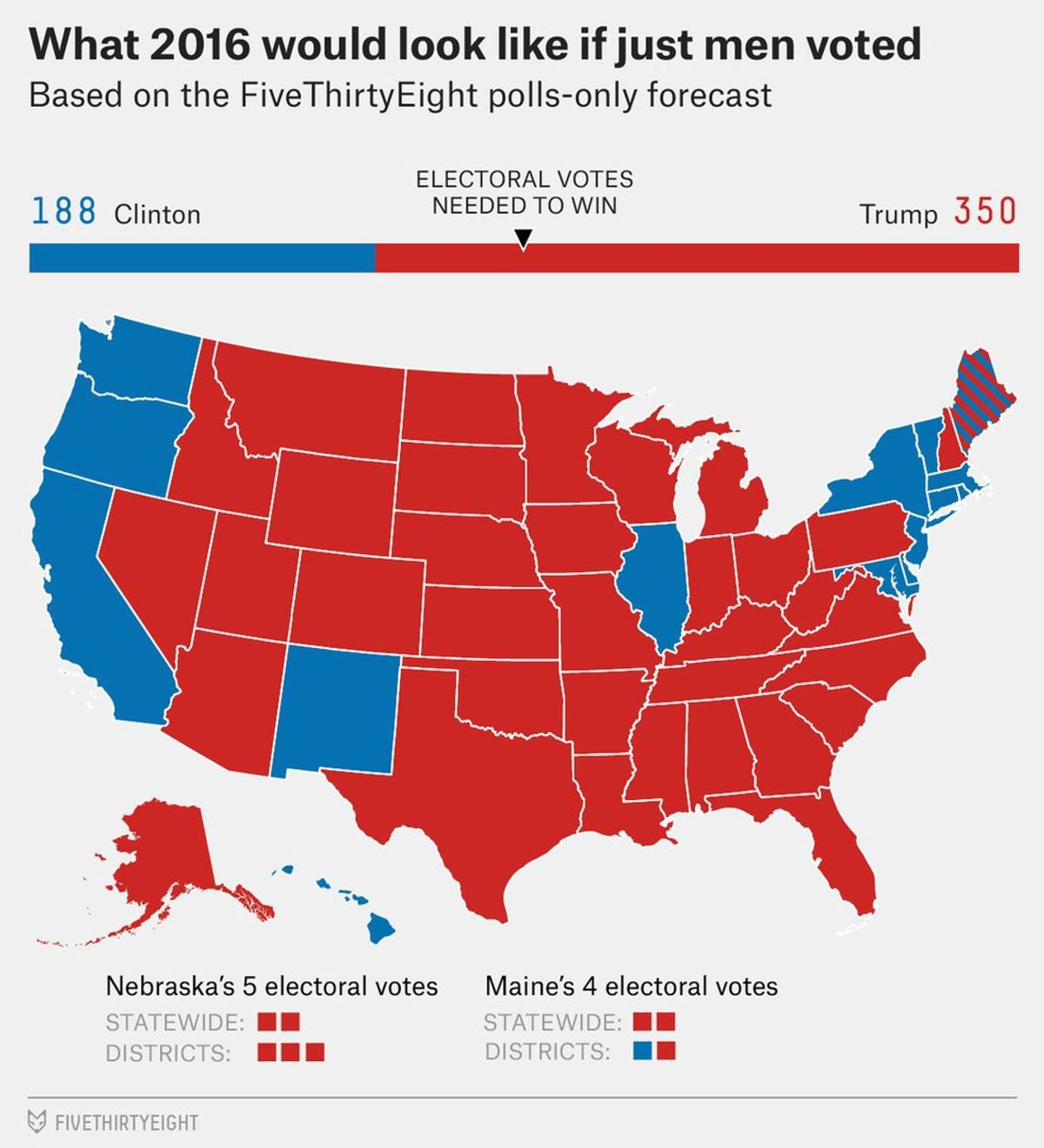 So I think most of us can agree that 2016 has been a chaotic and stressful year. It seems as if every time you see the news or scroll through social media, something else has gone on in the world that really makes you wonder about the fate of humanity. Last night, I saw something that completely knocked me off my seat and sent me into a heated rant (just ask my roommates).

As I sat on my roommate's floor while chatted and what not, I scrolled through Facebook and saw an interesting article (which I will link at the end). Apparently, now prepare yourself, there is now a hashtag going around the twittersphere called #repealthe19th. If you don't already know, the 19th Amendment was added in 1920, and it gave women the right to vote in America. This hashtag was created in response to a poll done on Twitter that basically said that if only men voted in this year's presidential election, Donald Trump would win.

Obviously, the logical conclusion that came from this was to just take away women's voting rights! This is completely reasonable, right? This would set us back decades and destroy all of the effort and fight that women from history put in to gain something in a country where we are all supposed to be equal anyways. Sure, let's take away this right from the woman that gave the birth to you, the sister you grew up with, that wife who loves you — even though you're an asshole for supporting this. While we're at it, lets just completely take away rights from everyone that isn't a rich, white man! I mean, when our government first started those were the only people that had any real power.

Oh, and if we're going to set ourselves back, we might as well change the FBI's definition of rape, right? Now, legally, men can't be raped! Let's also get rid of the 2nd amendment while we're at it. If you just want to start repealing amendments we can also repeal the 4th, that way police officers don't need to have a reason to search you! Along with that, we can also repeal the 6th amendment — say goodbye to your right to a trial!

It's actually very interesting to go and look through the list of the 27 amendments and see that really aren't a whole lot of amendments that gave men rights, except of course the 15th (might as well get rid of this one too while we're at it). If you're wondering why men weren't given many rights through the constitution it's because they didn't need it! They already had it!!

So yeah, let's take away the power of women to decide the fate of our country just so we can get a racist, misogynistic man, who has admitted to being attracted to his own daughter, in the Oval Office. Repeal the 19th just so we can get an inexperienced man to run our country, let's see how that goes. Goodbye feminism, goodbye equality, and goodbye sanity of this country. I hope everything goes well, I'm moving to Canada.

Check out the article I mentioned.