Reshaping the World Order: How a Renewed US-Iran Schism Could Set the Global Stage For Years to Come
Odyssey

What would a war with Iran really mean? 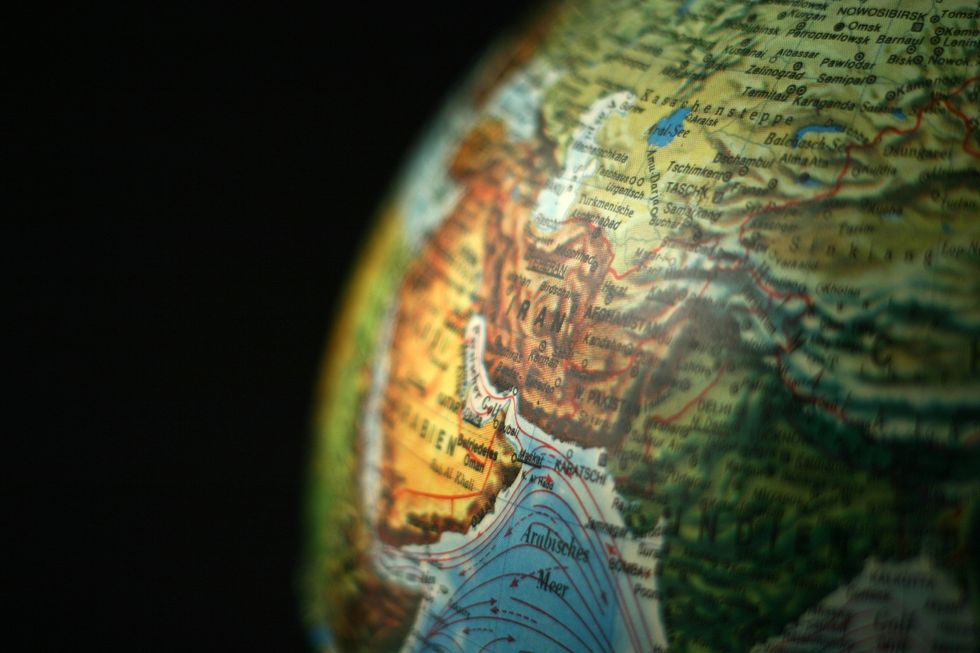 When it was first passed in 2015, I was very much not supportive of the Joint Plan of Comprehensive Action (JCPOA), an Obama administration product that sought to curtail the speed of Iranian nuclear capability (especially in terms of weaponry) that was agreed upon by the United States, the other P5+1 countries, and Iran.

After President Trump withdrew the United States from the deal last May, I was unsure if this was still the right move, but also welcomed a renewal of interest in how we deal with Iran.

Now that tensions have continued to mount with Iran after nearly nine months of reinstated harsh economic sanctions, I'm unsure of the correct course of action, although it is becoming more and more clear to me: something needs to be done.

Something needs to be done because oil tankers are exploding, drones are being shot down, and President Trump very nearly brought us to war with yet another Middle Eastern country.

While we would all like to point to the movement of one actor or another, the truth of the matter is that the geopolitics of the Middle East are much more complicated than any single publication would like it to be. Just to prepare this (relatively) brief Odyssey article, I had to do hours of research, and even then I'm not sure I've gotten to the heart of the issue.

It helps to begin by examining the broader Middle East when considering such complexity. Namely, how clashes between Iran and the similarly autocratic (and US-backed) Saudi Arabia in proxy wars have helped shape the current state of affairs of things. As the Saudis and Iranians have moved to support various factional players in civil wars in Yemen, Iraq, and Syria, they have also shifted outlooks in terms of whose size and influence will come to dominate the region.

Pair that with protests for greater democratic freedoms in both countries and you have a situation that is practically roiling.

As FiveThirtyEight's staff discussed on this week's politics podcast, the move to rescind an order to strike is a mixed bag for President Trump. The reality of how close the United States was to entering a war with Iran is startling in many aspects, while simultaneously, the transparency of his administration is almost at times refreshing.

Trump doesn't seem to have a clear outlook on how to deal with alleged Iranian moves of aggression, but then again, there hasn't been a whole lot of clarity in regard to direction in most anything he has done.

At the same time, many of Trump's biggest rivals, namely the 2020 Democratic primary field, seem to also be at a loss in regard to Iran. When pressed by the Atlantic's Edward-Isaac Dovere, most of the major candidates had a simple strategy: beat Trump and Iran will go away.

Of course, it's not that simple.

Even as many of the candidates proclaimed that they would reenter the JCPOA, they didn't have a good response as to what their next steps would be. After all, the JCPOA prohibits Iran from making nuclear weapons in the here and now, but everything has an expiration date. And while in 2003 Supreme Leader Khamenei issued a fatwa against the use and stockpiling of weapons of mass destruction, Iranian production of a nuclear weapon would hardly be the first time a country said one thing and did another.

I don't know if JCPOA worked as intended or not (Benjamin Netanyahu certainly thinks not) but at this juncture it might be too late to reinstate the deal as it was previously constituted anyways. As the rest of the European nations and China have remained a part of the deal, the withdrawal of the United States has caused Iran to suspend the deal, giving its fellow signatories a 60-day deadline to bring the United States back into the fold.

Suspension in itself I doubt is probable enough cause for war, but acts of aggression such as shooting down drones in international airspace, or attacking oil tankers in the Strait of Hormuz (evidence of which is muddled at best), are a different matter entirely.

I don't want a president willing to go to war over the slightest provocation, but I also don't want one unwilling to touch the global stage.

And then there's the issue of cybersecurity. It's a topic we've heard overwhelming amounts about since the 2016 presidential election. Normally it is Russia or China that are the perpetrators of cyber-attacks, targeting the United States government or other American entities.

Yet, in lieu of calling off the physical attack on Iran, it seems President Trump approved of a maneuver in cyberspace instead.

While this is perhaps a satisfactory middle ground, the Associated Press also warns that as various entities across the planet improve their ability to conduct themselves in cyberspace, the threat of physical confrontation increases. Parity online means that nations are forced to determine dominance the old-fashioned way: sticks and stones and thermonuclear warheads.

I don't think war with Iran is a path that need be traveled down at this juncture, but the possibility of it is not something we can totally ignore. Although the fatigue that ultimately plagues the American populace from the Bush era wars in the Middle East and involvement in Iraq and Syria following President Obama's missteps in withdrawing troops from there circa 2011, vigilance is a necessity. The nuclear capacity of the theocratic nation is ultimately a crucial portion of that decision, and thus the success or failure of the goals of the JCPOA is the crux.

President Trump has the ability to reshape the world order. He very nearly did so last week. Whatever the direction we embark upon, at the very least let it adhere to those founding principles that all Americans know and cherish: life, liberty, equality, justice, and the pursuit of happiness.

Teens And COVID-19 — How You Became Desensitized To Mass Death​

Pardon You, Mr. Trump, But Your Pardons Are Bullshit